As Maine Goes, Will It Be Left or Right?

Robert Knight
|
Posted: Sep 27, 2016 12:01 AM
Share   Tweet
The opinions expressed by columnists are their own and do not necessarily represent the views of Townhall.com. 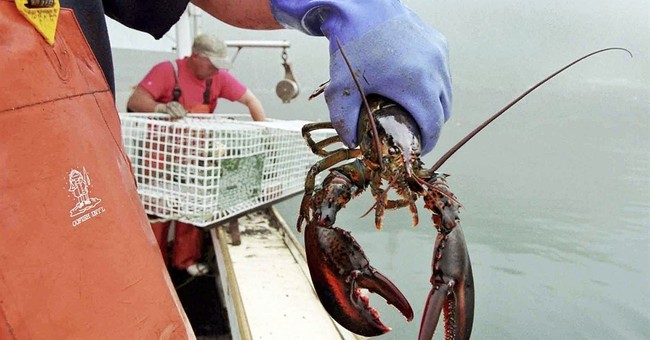 FARMINGTON – In the mountains of Western Maine, the leaves are only just now starting to turn, which means they’re on schedule to display riotous color despite a summer drought that has lowered some lakes by more than four feet.

As the weather cools, the political game is heating up, though it can’t compete for attention with division champion Boston Red Sox or the undefeated New England Patriots.

With a population of 1.3 million, Maine is one of those curious “blue” states in which Republicans are competitive.  The GOP holds the Senate with 20 members over 15 Democrats, while the Dems have a 78 to 69 House majority.  The national delegation is also split, with a congressman and U.S. senator from each party. Well, okay, Sen. Angus King is technically an Independent, but he caucuses with the Dems.

Few cars or trucks sport national political bumper stickers, and many local candidates dread being asked about Donald Trump or Hillary Clinton.  For Republicans, Gov. Paul LePage is also a hot button, thanks to his inflammatory comments.  Democrats openly hate him, while Republicans lament his bad manners while lauding his welfare reform, fiscal discipline and tax-cutting.

District 18 GOP Senate candidate Lisa Keim, 43, who supports LePage’s policies while wincing at his behavior, says, “It makes it difficult to walk up to a door and say ‘I’m a Republican.’ But the man is true to his word, and doing what he thinks is best for Maine.”

A home-schooling Christian mother of three from Dixfield who recently got a marketing and leadership degree at the University of Southern Maine, Mrs. Keim first ran in 2012, losing a close state House race. She’s now trying to unseat incumbent Sen. John L. Patrick. Her main motivation? Her grown kids, who graduated from a public high school before attending college, are moving away because there are few jobs.

“It is super hard to make a living here,” she said. “There are lots of government hoops to jump through and high taxes. It’s like a stranglehold on businesses.”

She got a welcome addition in late August when evangelist Franklin Graham and his Decision America Tour came to the state capital of Augusta. “Someone joined my campaign after hearing him,” she said.

At the week-long Farmington Fair last week, a man was tooling around in a scooter with a Hillary sign, while some teen-age boys walked through the crowds sporting Trump/Pence signs. Fairgoers nodded and got right back to their snow cones and Maine potato fries. In the exhibition hall, Democrats and Republicans had literature tables not far from each other.  I saw none of the partisan hysteria whipped up nightly on the networks and blogosphere.

It’s low key, but it’s not as if politics doesn’t matter. The Democrats, who have won Maine’s four electoral votes in the last six elections, are annoyed that any Republicans are still around – especially lame-duck Gov. LePage, who was re-elected in 2014 with strong tea party and gun owners’ support.

The most-discussed issue is Question 3, which requires paperwork for non-licensed firearms transfers, including lending a gun to a neighbor for hunting and then re-registering to get it back. Billionaire Michael Bloomberg’s Everytown for Gun Safety ponied up $750,000 to get the measure on the ballot and has poured $1.7 million into the campaign.

As of mid-September, Yes on 3 had raised and/or spent about $3 million, while the No folks spent about $50,000, most of it from the National Rifle Association Institute for Legislative Action and Gun Owners of Maine, Inc. Still, the gun control measure may fail, as more people realize it would tie up law-abiding folks with red tape instead of keeping guns from criminals, who would ignore it.  In 2014, opponents of bear hunting using bait, traps and dogs spent $2.5 million but lost a ballot initiative.

Five other ballot questions ask voters to legalize marijuana, impose a 3 percent income tax on individual incomes over $200,000, increase the minimum wage to $12 by 2020, establish “ranked voting” with first and second choices, and borrowing $100 million for transportation projects.

The initiatives are backed by “Portland liberals and out-of-staters with a political axe to grind,” said Maine columnist Michael Harmon, who says they smack of “virtue signaling.”  That’s when enacting bad laws is less important than showing that “you care.”

“I’ve talked with some friends who own restaurants,” Harmon said, “and they’re asking, ‘How many of us do you want to put out of business?’”

The marijuana measure has the best chance. City liberals want their hippie lettuce, and it’s already being grown in rural areas. “A lot of the state is laissez-faire,” Harmon explains, “so the people with the intensity tend to have their way.  It’s your irresistible force meeting a very moveable wall of indifference.”

The big political question is whether “there is a Trump surge hiding in the weeds,” Mr. Harmon said, noting that Trump was now leading in one Maine poll. “If so, he has the chance to carry the state, and if Maine goes for Trump, we’re going to get Trump [for president]. It’s not that Maine’s four electoral votes are going to swing it. It just means that we’d be seeing a Trump landslide.”