The ACLU’s Sterile View of the First Amendment 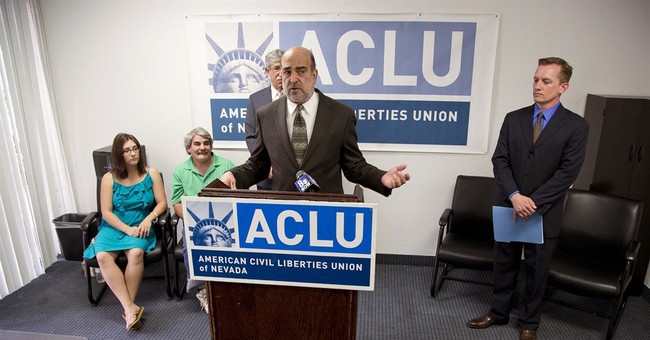 Tie her tubes, or we’ll sue you for sex discrimination, the American Civil Liberties Union (ACLU) told a Catholic-affiliated hospital in California.

So after first declining to do so, Mercy Medical Center in Redding has now slated a tubal ligation for a woman after her scheduled C-section to deliver a baby in late September.

The ACLU’s demand is cut from the same cloth as the Obama Administration’s order under Obamacare to the Little Sisters of the Poor to violate their beliefs and provide contraceptives and abortifacients or pay crushing fines. That case is still in litigation.

The latest manifestation of the Left’s war on the First Amendment’s religious liberty guarantee began when Rachel Miller, a 32-year-old attorney, was rebuffed by hospital officials after she asked them to sterilize her following a planned live birth. In an Aug. 17 letter, the ACLU threatened to sue Mercy Medical Center, a facility run by the Sisters of Mercy and part of Dignity Health, which operates 40 hospitals — 22 of which are Catholic — in California, Nevada and Arizona, according to CNSNews.

Directive 53 of the Ethical and Religious Directives for Catholic Health Care Services of the United States Conference of Catholic Bishops states: “Direct sterilization of either men or women, whether permanent or temporary, is not permitted in a Catholic health care institution. Procedures that induce sterility are permitted when their direct effect is the cure or alleviation of a present and serious pathology and a simpler treatment is not available.”

Directive 70 states: "Catholic health care organizations are not permitted to engage in immediate material cooperation in actions that are intrinsically immoral, such as abortion, euthanasia, assisted suicide, and direct sterilization."

Tough, said the ACLU, which regards all of the above as routine medical care, even though the procedures involve either taking an unborn child’s life, deliberately killing patients, helping them kill themselves, or rendering people sterile.

The ACLU noted that, ‘”getting one’s tubes tied,’ is the contraception method of choice for more than 30 percent of U.S. married women of reproductive age.”

Well, it’s one thing to voluntarily undergo it, as many do, but it is quite another to force others to perform it regardless of their beliefs. Given a deadline to respond by Aug. 24 or face a lawsuit, the hospital reversed its decision. In a brief statement, the hospital did not explain the about-face, other than to note, “tubal ligations are not performed in Catholic hospitals except on a case-by-case basis where a formal review by a committee of physicians and others gives permission to perform the procedure.”

The turnabout came even though the ACLU acknowledged that, “Miller’s insurance company had offered to cover her delivery at the UC Davis Medical Center in Sacramento, which would allow her to obtain the tubal ligation, but that hospital is more than 160 miles away.”

In a triumphant press release, the ACLU made it clear that this is only a small part of a larger campaign to break faith-based institutions to secular values.

"The reality remains that there is a clear conflict between the best interests of patients and the directives of the Catholic hospital system,” said Elizabeth Gill, senior attorney at the ACLU of Northern California. “Religious institutions that provide services to the general public should not be allowed to hold religion as an excuse to discriminate or deny important health care.”

The ACLU has also sued hospitals in Michigan and Washington State over their refusal to perform abortions, and has sued the federal Department of Health and Human Services to obtain documents that it claims show that Catholic relief agencies will not provide abortions or referrals to abortionists for unaccompanied immigrant children crossing America’s southern border.

On June 15, a federal district court dismissed the Michigan case as an unwarranted intrusion into religious doctrine. The ACLU has appealed.

In Washington State, in the face of an ACLU threat, the Skagit County Hospital District decided not to partner with a Catholic health provider. Later, the ACLU sued the district anyway on behalf of a woman who takes an acne drug that might cause birth defects and who wanted the option of abortion if she were to become pregnant.

This is the brave new world brought to us by social engineers who are turning the medical profession into an arm of the Left’s progressive agenda.

Don’t be surprised if the ACLU’s next move is to try to force the Sisters of Mercy to facilitate sex-change surgeries.