The Siren Call of Universal Democracy 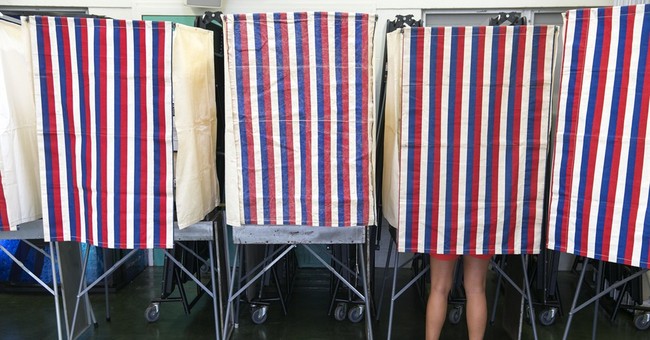 It’s not enough to propose liberal ideas. Eventually, you must use force against your fellow citizens if they don’t embrace them. Coercion is at the heart of the liberal enterprise.

Ironically, it also landed the very same day that Hillary Clinton floated the idea that summer camps should be created for adults because we have a “fun deficit.” Perhaps they will get together and create Camp Chicago, where “fun” activities include voting early and often.

To bolster his case, Mr. Obama noted at the town hall in Cleveland on Wednesday that, “Other countries have mandatory voting.”

Most other countries have voter ID laws too, but that doesn't fit the narrative.

“It would be transformative if everybody voted – that would counteract money more than anything,” Mr. Obama said. This is the man who shunned matching funds as hundreds of millions of dollars poured into his campaign, some of it anonymously from out of the country.

He also continued hawking the Saul Alinsky-inspired line that Democrats care deeply about the economic welfare of middle-class Americans. Well, sure they do. Like a glutton loves his lunch. Democrats need to keep the middle class barely solvent so they can pluck them like chickens and redistribute the booty to their constituents.

America’s founders abhorred the idea of universal democracy, which is why they fashioned a constitutional republic with separation of powers between the states and the central government and within the national government. Plus, national borders and meaningful citizenship.

In Federalist 10, James Madison warned of the dangers of a pure democracy without republican safeguards:

“[S]uch democracies have ever been spectacles of turbulence and contention; have ever been found incompatible with personal security, or the rights of property; and have, in general, been as short in their lives, as they have been violent in their deaths.”

In 1787, Madison foresaw the temptations to which liberal utopians would succumb:

“Theoretic politicians … have erroneously supposed, that, by reducing mankind to a perfect equality in their political rights, they would, at the same time, be perfectly equalized and assimilated in their possessions, their opinions, and their passions.” One size fits all. Sounds like Obamacare, doesn’t it?

This is why Mr. Obama wants the voter base universalized. The plan would ensure that hardworking, taxpaying citizens who bother to register to vote have no more say in what they keep of their own earnings than people who use the government as a knee-breaking goon to “spread the wealth.”

In his short masterpiece The Law (1850), Frederic Bastiat described the immoral reality that Mr. Obama wants to unleash on the rest of us via “pure” democracy: “Sometimes the law defends plunder and participates in it.... if the law benefits one citizen at the expense of another by doing what the citizen himself cannot do without committing a crime.”

Mr. Obama laments that, “The people who tend not to vote are young, they're lower income, they're skewed more heavily towards immigrant groups and minority groups. There's a reason why some folks try to keep them away from the polls.” Race card, anyone?

CNN helpfully notes that, “less than 37% of eligible voters actually voted in the 2014 midterm elections, according to The Pew Charitable Trusts. That means about 144 million Americans -- more than the population of Russia – skipped out.”

But, wait. It’s not the delinquent voters’ fault. It might not even be that they weren’t thrilled by the choices presented to them by the two major parties. The real culprits in suppressing the minority, poor, youth and illegal alien voters, we are told over and over by Attorney General Eric Holder and race hustler Al Sharpton, are evil conservatives who support voter photo ID laws to help ensure honest elections.

In 2012, Pew researchers reported that more than 24 million voter registrations were inaccurate, outdated or duplicates, that nearly 2 million dead people were on the rolls, and that nearly three million people were registered in more than one state. For more, see the American Civil Rights Union’s paper, The Truth about Voter ID.

There is only one reason to oppose common-sense electoral reforms and to push instead for universal registration – to make it easier to commit vote fraud.

And who typically benefits? The answer is suggested by the fact that Democrats – with notable exceptions such as black Rhode Island legislators – vehemently and absurdly oppose voter ID laws as “racist.” Never mind that voter ID critics have no problem with requiring identification for everyday activities such as buying beer or cashing a check.

Mr. Obama did not like the results of the mid-term elections in 2014, and so he wants to rig the system more to his liking. Mandatory voting is absurd in a free society and it should drown in the sea of discarded ideas.