The Road to Freedom – and Back 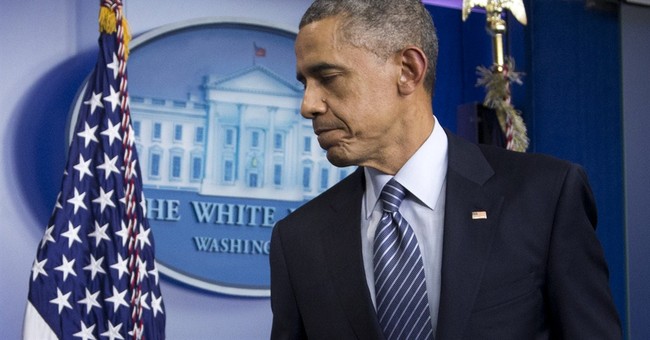 As President Obama with a single order created what he hopes will be an eventual new electorate via millions of illegal aliens, he did not break new ground; he put America on very old and dangerous ground: government by decree.

The American experiment in self-government, with separation of powers established in a written Constitution, is only around 233 years old. But its roots are far older, as noted by M. Stanton Evans in his classic book The Theme Is Freedom:

“American constitutional doctrine is the product of an immensely long development, unfolding over two millennia of Western thought and practice. It starts with the religious insight that there is a higher law above the state.”

In Western nations, the king’s power was tempered by the Bible’s message that all earthly authority is subordinate to God’s Laws. It was this understanding that led to adoption of the Magna Carta in 1215. Despotic kings, such as England’s George III, whose misrule led to the American Revolution, did so at their own peril.

As more and more power flows to Washington and to government in general, we are not “progressing” toward more liberty, but regressing to the ancient model of top-down rule.

This is no accident, as revealed by the stunningly cynical comments of MIT professor Jonathan Gruber, an architect of Obamacare. He was caught on tape admitting that the Obama administration deliberately misled the American people, who are too numb with “stupidity” to notice.

Millions of Americans are receiving policy cancellations and astronomical increases in premiums. They must love Mr. Gruber’s boast that, “We just tax the insurance companies, they pass on higher prices. … It’s a very clever, you know, basic exploitation of the lack of economic understanding of the American voter.”

Imagine if this had come out before the election. Imagine if the media actually covered it.

How did we get to where people like Mr. Obama and Mr. Gruber glibly assume the right to manage us? And to brazenly lie to us? They are riding a relinquishment of self-government and distrust of the private sector, nurtured in government schools and enforced by a perverse popular culture.

In response, except for the rise of the much-maligned Religious Right, the church in America has largely shirked its role as a conscience check on government power. This has allowed atheism to become the de facto national religion.

“A similar pattern is evident in our own society, with government power growing as religious conviction has abated,” he wrote. “While we are not so far down the road as the totalitarian movements, the resemblances are apparent: A paternalistic state, confronting ever more dependent people, increasingly making decisions for them, assuming control over every facet of their lives – sustenance, shelter, health care, schooling, and a great deal else.”

He wrote this in 1994 – before Obamacare, before the IRS persecuted Mr. Obama’s opponents, and before federal departments like the EPA began flexing with powers that Congress never granted. It was before Mr. Obama and his lawless attorney general refused to enforce the border and attacked statutes they didn’t like, such as federal drug laws, the Defense of Marriage Act and state voter ID laws.

The nation’s ruling elites have been working for years to reduce Americans to an infantile populace that looks to government the way a helpless baby looks to its mother’s breast. If too many American voters resist, as occurred on Nov. 4, then millions of illegal aliens can replace them.

The liberal mindset knows no limits. Here’s a trial balloon floated on Nov. 9 in the Washington Post Outlook section entitled “Nine Ingredients for a Healthier America.” Written by four experts from the New York Times food section, the University of California at Berkeley, the Union of Concerned Scientists, and the United Nations, the article envisions a national food policy, run from Washington.

“As Obama begins the last two years of his administration facing an obstructionist Republican Congress, this is an area where he can act on his own,” the experts write. “And his legacy may depend on him doing so. For the president won’t be able to achieve his goals for health care, climate change, immigration and economic inequality…. If he doesn’t address the food system and its negative impact on those issues.”

So here’s the deal: “In the next State of the Union address, he should announce an executive order establishing a national policy for food, health and well-being.”

They’re not ambitious, are they? A national policy on “well-being?” And you thought California’s blue-ribbon Commission on Self-Esteem was a bit out there.

Actually, the well-being of the American people depends on supporting lawmakers who will find the courage to stop Mr. Obama and his power-mad enablers.

Long-term, it will require a national revival – rediscovering faith in the God who blessed America with unprecedented freedom and prosperity.