Where Oh Where Has the Presidential Fitness Council Gone?

Robert Holland
|
Posted: Mar 26, 2018 10:54 AM
Share   Tweet
The opinions expressed by columnists are their own and do not necessarily represent the views of Townhall.com. 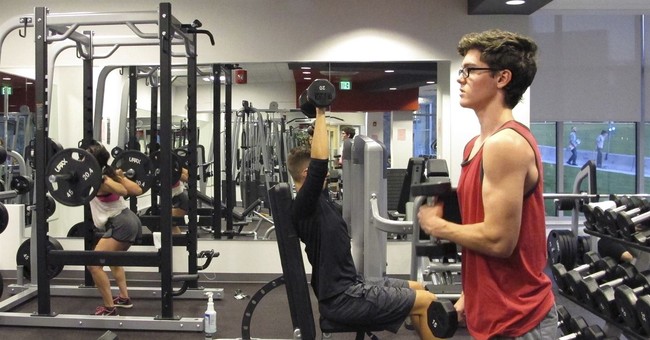 The Inside-the-Beltway bureaucracy is filled with entities that burn tax dollars and emit little more than hot air. Although I am a proponent of limited government, I rank the President’s Council on Physical Fitness and Sports several notches above the typical federal office. The record suggests the fitness council added value to American life, at least through the first 10 presidents under whose auspices it operated.

Until recently, the council has spent little tax money and issued zero mandates. It has had a positive impact on children, schools, and families by acting as what President Dwight Eisenhower (R) called a “catalytic agent” on public awareness when he launched the council in 1956.

Ike acted because of his concern over a study by fitness experts Dr. Hans Kraus and Bonnie Prudden showing that American students aged 6 to 16 were in markedly worse physical shape than European children. Ike’s Council on Youth Fitness brought attention to the need for physical exercise as part of a well-rounded education.

President John F. Kennedy (D) enlisted the aid of the Advertising Council in promoting the value of long hikes, even to the extent of 50-milers once required of Marine officers.

President Lyndon Johnson (D) settled the mission in for the long haul by anointing it the President’s Council on Physical Fitness and Sports. LBJ made a superb, uniting choice of baseball Hall-of-Famer Stan Musial as his lead consultant.

For decades thereafter, both Democrat and Republican presidents had councils that were big on motivational devices such as Presidential Fitness Awards that kids and adults could achieve. I caught the fitness fever myself and managed to snag a few.

As an apparent result of writing more than a few editorials and columns about fitness and running marathons (which I was inexplicably doing back then), I somehow landed on a Governor’s Council on Physical Fitness and Sports that Virginia Gov. Charles Robb (D) created in 1982. In my opinion, one of the redeeming qualities of fitness councils has been the ability to bring people together across political lines for a good cause.

Unfortunately, much of the council’s spirit of collegiality vanished on June 23, 2010, when President Barack Obama (D) signed an executive order changing the name to the President’s Council on Fitness, Sports, and Nutrition. That signaled a clear shift of mission to accommodate First Lady Michelle Obama’s crusade to overhaul the content of school lunches, which she unwisely attempted to do via federal law.

Obama’s order called for a doubling of federal spending on a council thrown into an activist gear. By the end of the Obama years, the council’s Presidential Champions Program had been fully incorporated into the Agriculture Department’s Food Tracker. Earlier, the council provided the platform for the First Lady to launch “Let’s Move! Active Schools,” which was intended to be a template for a 60-minute physical activity program every day in all public schools.

Having inherited a council with a politically corrupted mission, President Donald Trump (R) opted to leave his mark first by shuffling the name and putting sports first. Because of Trump’s February 27, 2018 executive order, it is now the President’s Council on Sports, Fitness, and Nutrition.

In short, Team Trump is going all in for team sports. In an op-ed on the NBC News website, First Daughter and adviser Ivanka Trump said the administration particularly hoped to reverse a decline in sports participation in lower-income communities. “When young people have more opportunities to participate in positive, supervised after-school sports programs,” she wrote, “studies suggest they are less likely to be involved in, or be a victim of, crime.”

The Trump order directs the Secretary of Health and Human Services to develop a “national strategy” to get more kids playing team sports.  That is a fine national objective. The leadership to carry it out should come from local communities.

The beauty of the original President’s Council on Physical Fitness and Sports is that it encouraged individuals to take responsibility for their own fitness. Get in shape and then play team sports. Or get fit and go for a hike or go fishing or go fly a kite. Just enjoy your own pursuit of happiness.