Absurd Results When Predicting the Future

Robert Henneke
|
Posted: Nov 29, 2016 11:53 AM
Share   Tweet
The opinions expressed by columnists are their own and do not necessarily represent the views of Townhall.com. 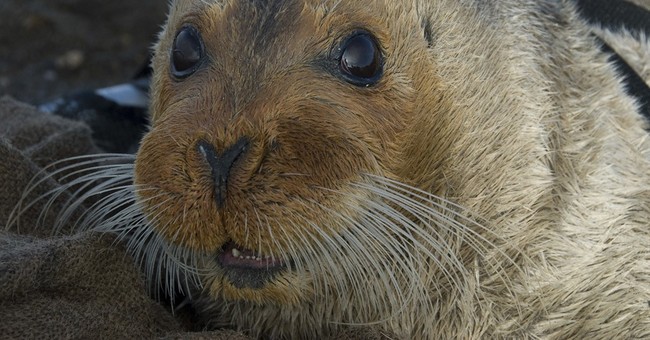 Editor's note: This column was co-authored by Chance Weldon.

The 9th Circuit Court of Appeals recently upheld the National Marine Fisheries Service’s (NMFS) decision to list the Pacific Bearded Seal as an endangered species. The seal is not currently threatened, but according to the NMFS, it might be threatened in 2095, if current global warming climate-models hold true—a highly unlikely proposition, given the historical unreliability of such models. The court’s decision comes on the heels of a similar decision by the Fifth Circuit this year, approving the government’s designation of private land in Louisiana as “critical habitat” for the dusky gopher frog. The designation was surprising, because no gopher frogs live on the property and the property cannot biologically maintain a gopher frog population now or in the future.

Together these cases show how this Administration is using the Endangered Species Act—a statute designed to protect endangered species and their habitat—as a weapon to control private property and as a means to advance the liberal agenda surrounding potential future changes in worldwide temperatures. The practical result of this limitless view of the ESA is that virtually any property and anyspecies is subject to federal jurisdiction and the draconian penalties and regulations that come along with it.

The results can be strange. In Alaska Oil and Gas Ass'n v. Pritzker, the endangerment listing of the Pacific Bearded Seal relied on recent climate models by the Intergovernmental Panel on Climate Change (“IPCC”) that claimed that global warming would reduce ice coverage in portions of the seal’s habitat by 2050 and significantly by 2095. Based on these predictions, the NMFS concluded that the bearded seal could become threatened by the turn of the 22nd century.

The petitioners pointed out that basing endangerment findings on 100-year predictions by the IPCC was absurd. Climate models have a very poor track record of predicting temperature that far out. In fact, a recent study of more than one hundred temperature prediction models showed that, since 1979, climate models have overestimated the pace of warming actually observed by balloons and satellites by as much as 2.5 times. Moreover, the IPCC recently had to retract portions of the very report that the NMFS relied on in its endangerment finding because the report predicted the complete melting of Himalayan glaciers by 2035—a proposition that the writers of the report later admitted was unfounded. Nonetheless, the court held that the IPCC models constituted “evidence” and therefore deferred to the agency’s determinations, thus expanding the scope of the ESA to cover a species that the government admits is not currently endangered.

This is a problem. The administrative state already exists as an anomaly in our democratic system of checks and balances. It is an unelected bureaucracy with the unique power to make, interpret, and enforce its own laws. The doctrine of judicial deference was designed to stop judges, who often lack scientific expertise, from meddling in the scientific decisions of agency experts. It was not intended to require that courts acquiesce in an agency reinterpreting a statute to expand its authority. Judicial deference should not lead to absurd results, such as predicting the future.

The role of the courts is, in part, to keep the various braches of government in their respective lanes. When the Legislature or the President exceeds their authority granted under the Constitution, the courts step in and declare their actions unconstitutional—they do not defer to Congress or the President’s interpretation of the Constitution, despite the fact that these co-equal branches of government are democratically elected, and thus accountable to the people. It doesn’t make sense, therefore, for courts to defer to unelected bureaucrats’ interpretation of the very statutes that grant them authority. It is time that practice stopped.

On December 8, the Texas Public Policy Foundation is teaming up with The Heritage Foundation to host its third annual “At the Crossroads: Energy and Climate Policy Summit.” The program will feature influential lawmakers and industry experts who will explore the impact of the national elections on energy and environmental policy. What’s next for energy and environmental policy? Come to our Summit and see for yourself.

The Honorable Robert Henneke is the General Counsel and Director of the Center for the American Future at the Texas Public Policy Foundation and Chance Weldon is an attorney with the Center.

One Day After New CEO Takes Over Twitter, Company Announces 'Scary' New Policy
Townhall
'Bring it ON, #FangBanger': Eric Swalwell's attempt at getting all big and bad with parents and the unvaccinated FAILS spectacularly
Twitchy
Biden Has 'Very Unusual' Cancelation of Yet Another Event
Redstate
The Morning Briefing: Mask/Vax Mandate False Narrative Takes Another Florida Hit
PJ Media