The Responsible Solution to the Student Debt Crisis

Robert Graham
|
Posted: Mar 16, 2020 12:01 AM
Share   Tweet
The opinions expressed by columnists are their own and do not necessarily represent the views of Townhall.com. 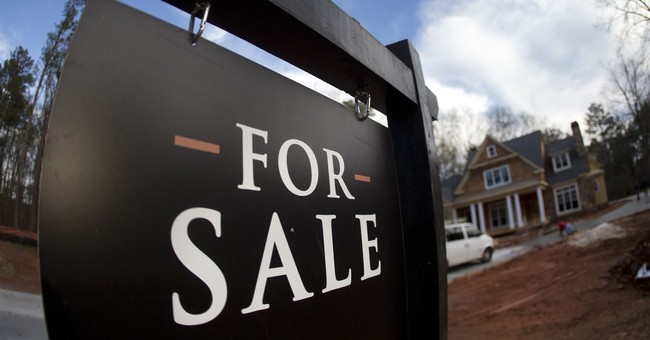 “There is no doubt that it is around the family and the home that all the greatest virtues, the most dominating virtues of human, are created, strengthened and maintained,” Winston Churchill said in 1948 on the birth of Prince Charles. Marriage and parenthood, in other words, are the bedrock of a healthy and flourishing society, but student debt has prevented young Americans from starting families.

Millions of college students start their adult lives with tens of thousands of dollars—sometimes more—in debt weighing them down. The mounting pressure of debt looms large over their lives like a specter, affecting monumental life decisions, particularly marriage. Recent studies show that student debt has them canceling or putting off this joyous milestone.

Unlike previous generations, marriage has become out of reach for young Americans. The U.S. Census Bureau said that “In prior generations, young adults were expected to have finished school, found a job, and set up their own household during their 20s — most often with their spouse and with a child soon to follow.” But this isn’t the case anymore for a majority of the millennial and younger populations.

Rather, they finish school with debt and can find a job—although in many cases not in the field they studied and earning far less than they expected—but are unable to reach the next building blocks. The Chicago Tribune reported that while about 85 percent of women 25 to 29 had married in 1976, their marriage rate dropped to 46 percent in 2014; and for men 25 to 29, it plunged from 75 percent to 32 percent. One in three young Americans are now delaying marriage due to debt. This is unprecedented.

The consequences of the steep decline in marriage has trickled down to other aspects of their lives. As marriage gets delayed, so does homeownership—another crucial cultural milestone. For most millennials, it won’t be until they are at least in their 40s before they can own a home. And this isn’t because they particularly love renting: nearly 90 percent of millennials want to own a home, but almost 70 percent have said that they can’t afford it. They've had to delay it due to student debt, which has put the American Dream on hold for our children.

The decades-long ideal of a cul-de-sac home with a white picket fence in a friendly neighborhood is replaced with the grey, concrete slabs of a brutish apartment building, in which the constant flow of new tenants makes it impossible to build the bonds of a lasting community. As social cohesion plummets, the cumulative result is modern history’s unhappiest generation, which is unable to enjoy the important life milestones of their parents’ generations.

But there’s a way we can help young Americans without resorting to the unfeasible socialist policies of Bernie Sanders, which includes erasing $1.6 trillion in student debt with higher taxes. Companies—if they want—should be able to contribute tax-free dollars to help pay down the student debt of their employees (a benefit that could also help them attract top talent).

While this isn’t possible currently, there is a bill in Congress that would make it a reality. The Employer Participation in Repayment Act (S.460) would let businesses pay down their workers’ student debt by allowing them to contribute $5,250 annually tax-free. Employers can already pay that tax-free amount towards the tuition payments of student workers, but not towards their debt after they have graduated. This bill would bridge the gap between student tuition and debt. Under the tax system, the two would finally be treated the same.

This common-sense solution has endorsements from Senate Majority Leader Mitch McConnell and the Republican leadership team, including Senators John Thune and Roy Blunt, as well as 33 other conservative senators. More support, however, is needed for the Employer Participation in Repayment Act to get past Congress.

Some senators, who have family formation as a priority, could provide the pivotal votes for the bill. Senator Marco Rubio, for example, wrote that “marriage now resembles a luxury good” and is working to remove the financial barriers to marriage. Of course, one way to make it easier is by allowing employers to help their workers pay off their student debt. With his endorsement, he would join the 16 members of the House from Florida who have co-sponsored the bill, which would particularly benefit the state’s large military and senior communities who shoulder a sizable share of the country's total student debt.

Republicans can move the needle on this issue and can help young Americans afford the same milestones in life that we cherish today.