Robert Graham
|
Posted: Feb 10, 2020 10:38 AM
Share   Tweet
The opinions expressed by columnists are their own and do not necessarily represent the views of Townhall.com. 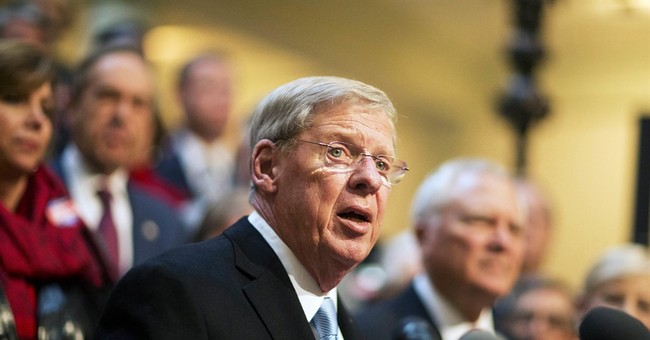 Recent news reports showed that veteran suicide rates are still high. “Firearms were also singled out by researchers” for being used in nearly 70 percent of veteran suicides, while they are used in less than half of non-veteran suicides. The disparity is obvious, but unexplainable. However, a spending bill to research the root causes behind veteran suicides may help us find answers and save lives.

Recently, Congress passed a landmark bill that will allocate $25 million in research funds to study veteran suicides and other forms of gun violence, lifting an unusual ban that prevented the federal government from researching firearm-related deaths.

It was a major bipartisan effort to get two parties that can’t seem to agree on anything to align on mass violence and suicide research focused on our veterans and protecting the general public. The spending bill couldn’t have passed without support from key Republican Senators like Johnny Isakson and a bipartisan assembly of lawmakers who were advocates of the bill. It was an uphill, David vs. Goliath struggle against special interest groups that spent big money to prevent the legislation from passing Congress.

For Isakson, this was his final battle, but one that was certainly worth fighting in. Georgia’s long-time senator, known for his strong Second Amendment voting record, bipartisanship, and out-of-box solutions, was retiring at the end of 2019 due to health reasons. But health troubles didn’t stop him from fighting for the veteran community, which lost 60,000 veterans in a span of a decade—and a majority of those deaths involved firearms.

With reports that veteran suicides were on the rise, Isakson knew Congress had to act quickly, or America would continue to lose veterans at an alarming rate. Isakson said legislation for mass violence and gun related suicide research “aims to get to the root of the problem: what is causing the outbreak of mass violence,” adding that, “the way you stop a disease is you diagnose them and find out what causes them.” In other words, this funding is vital for garnering data-driven research that will get to the root cause of issues like veteran suicides by firearm.

The latest spending bill helps us find the necessary answers to the questions surrounding the high veteran suicide rate, but the battle still isn’t over. The $25 million that Congress approved is a big victory, but more needs to be done to ensure that long-term research can be done into this troubling epidemic that is harming our veterans. We can’t find answers overnight.

Fortunately, many leaders in Congress, including Isakson’s own successor, newly sworn-in Senator Kelly Loeffler, can help take the torch and lead the fight on this issue. Loeffler has been a proven champion of veterans, saying that she wants to make “sure that Georgia remains one of the best places to be a veteran in America.” And, as a former business titan, she has the negotiation skills to reach bipartisan deals on long-term funding for research.

The first round of research funds that Congress passed last year was significant and a crucial success, so lawmakers should be applauded for achieving a major legislative victory. But we have more work to get done to make up for lost ground.