Robert Chernin
|
Posted: May 16, 2020 12:01 AM
Share   Tweet
The opinions expressed by columnists are their own and do not necessarily represent the views of Townhall.com. 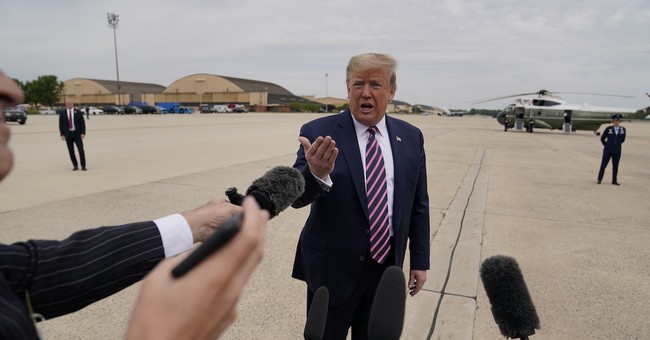 As the country moves into the “learning to live with COVID-19” stage of recovery and beyond, information, in terms of accuracy and credibility will be among our greatest challenges. How do we know if what we are being told is truthful and transparent, or if we are being given partial facts and hidden agendas? Our political system, which is the basis of our union, requires a basic agreement on the free flow and honest transmission of accurate and unbiased information. Without that, it will be difficult, if not impossible, for the country to make the tough decisions necessary to move forward, restart the economy and continue to grow as one nation.

Today, the information we get is not really the reporting of the news so much as it is the opinions of the journalist about the news they are reporting. When it comes to straight news, Americans do not need or want opinions, just the facts.

What we need is an honest broker of the information that is being reported. Where are today’s Walter Cronkites, Chet Huntleys or David Brinkleys? There was a time when the news media were honest brokers of information, when the reporting of the news was not permeated by a journalist’s opinion. Murrow and his “Murrow’s Boys” understood that they were bestowed with the sacred responsibility of the information they conveyed to the American public. They took great pains to ensure that their personal views did not adversely affect their reporting of the news. In fact, one of the measures of true journalistic integrity was the inability to determine a reporter’s politics or biases. They were truly honest brokers.

A broker is a middleman between two parties. By contrast, an honest broker is a neutral intermediary between the facts and the people, whose real power and influence comes from controlling the flow of information. The question is not whether journalists and the news media are brokers. The question is: are they honest brokers of the information entrusted to them? Do they approach their work with the same sacred trust that was expected and demanded of the early pioneers of the Fourth Estate, when there was an implicit bond between those who reported the news and those who received it?

There used to be only three brands of sneakers one could buy. Now there are hundreds, each micro-targeted to different activities. The same is true today of news and information. Years ago, there were only 3 major television networks: ABC, NBC and CBS. Most of the country read a newspaper in the morning and got their news of the day that evening from one of the Big Three. Cable TV and 24/7 news changed all that. Now there are dozens, if not hundreds, of sources of information to choose from, all with their myopic opinions, and all vying to justify their financial existence while telling the rest of us how events should be interpreted.

With the advent of round-the-clock reporting of the news, a strange thing happened: news is now indistinguishable from entertainment. Ratings, not content, are now paramount. To remain financially solvent, the media must hold our attention by insisting everything is urgent, unprecedented and Earth-shattering.

The problem is, when everything becomes important, then nothing is important. The explosion of the information technology age only further compounded the problem and, over time, has made it nearly impossible for anyone to cut through the cacophony of information to find truly unfiltered information. The result? A country divided, a lack of independent thought and an ever-growing segment of society who choose to not think for themselves.

Today, it is no longer the “news business” so much as the “business of news.” Being the first to report a story is more important than its accuracy. Once high journalistic standards have been reduced to the point where single, unverified sources are now newsworthy and reported as fact. Opinions, innuendos, leaking, and a rush to judgment are now commonly accepted practices. News has become custom-tailored to fit the audience it is targeted to. People no longer turn on the news to really hear new information. They are fed information that fosters their pre-existing confirmation bias, and the news networks know it. We are no longer given unbiased information, but rather are fed information and told what to think about the information we have just been told.

How as a nation did we allow this to happen, that journalistic standards have deteriorated to the point where we have come to accept opinions in lieu of hard facts? Whatever bonds and sacred trust there used to be between journalists and the American people no longer exists. It is clear that most who report the news think those of us they are reporting to are just too stupid to really understand, and that we would not be able to function or make decisions without their opinions and guidance.

Reporting the news used to be thought of like serving in the military. It was considered a privilege and in service to the country. Unbiased information and hard facts were the underpinnings of that trust. We used to get it and we need to, once again, start demanding it. Without that it will be impossible for us as a country to make the truly hard decisions that lie ahead for us. Without an honest broker who provides more factual and less opinion-driven reporting, it will be impossible to heal the great divide that exists within the country. It is that simple.