Reagan, Cruz, Trump and Others

Robert Charles
|
Posted: Jan 31, 2016 12:01 PM
Share   Tweet
The opinions expressed by columnists are their own and do not necessarily represent the views of Townhall.com. 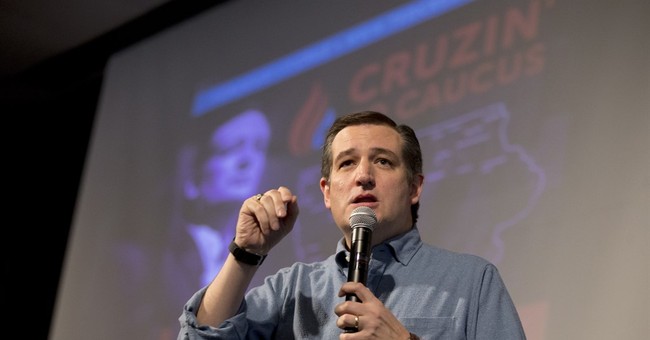 So now we come to a moment of truth. Finally the tripartite first round of primary season is upon us, Iowa, New Hampshire and South Carolina. Americans must make a choice. The choice, on the Republican side, is between anger and various flavors of seasoned professionalism. On the Democrat side, it is between transparent criminality and eclectic, wooly-headed socialism. So, what should the average voter do?

First, like many others, I love the lessons taught by Ronald Reagan. He really was a beacon in the storm, and remains one now. By some happy accident, the “young me” worked in Ronald Reagan’s White House, a deeply thoughtful, always cheerful, inherently magnanimous, and rightly-revered center of strategic thinking, instinctive goodness. He never played on people’s personal antipathies, recriminations, prejudices, or anger. It was not in him. He did present “stubborn facts,” about places like the Soviet Union and about the constitutional dangers of Federal overreach.

About Reagan, one more personal observation. In three years I worked off and on in his first term White House, and in subsequent interactions with those closest to him, and in visits to California to meet with him, there are about ten traits I NEVER saw. Let me be specific. I never saw in Ronald Reagan: Taunting. Personal anger. Arrogance. Intentional offense. Preoccupation with Power. Self-adulation. Ignorance on America’s defense and intelligence strategies, or The Nuclear Triad. Playing “fast and loose” with truth. Constitutional misunderstandings. Dismissiveness of geopolitical leadership, disparagement of diplomacy, or disinterest in critical details.

I saw the reverse. Ronald Reagan was about positive leadership, which was defined by patience and communication in things he felt mattered – did matter. Like most life-living conservatives, he saw “issues” as a reflection of timeless conservative principles – consistently applied. That is why his entire life centered on being a listener, educator and respectful leader. He was content inside himself, never angry. He was about elevating our “better angels.”

Ronald Reagan counted himself a lucky, other-regarding man. That role was a burden carried for us – for the Nation. He aspired to be equal to his time. Nor did Reagan, despite his military service and consistent moral depth, ever present himself to the American people as better for his wealth. He spent decades explaining the need to shrink government, defeat the Soviet Union, and preserve individual liberty – and was NEVER a showboat. He was deep and deeply kind.

I worked for Ronald Reagan and later as a Bush appointee for Colin Powell. Here is what I have learned, at the elbows of good leaders. There is an important – absolutely critical – difference between an inspired, consistent and conservative leader on one hand – and the cheap, easy, media-centric substitute. Frothy, populist anger is no substitute for principled leadership.

Let us jump ahead to now. So, as these big primaries come at us, we can either be our best selves – looking hard at the options and choosing thoughtfully, with a combination of mind and heart, someone closer to Reagan … or miss the chance. We can either select a consistent conservative leader, or lose the chance. If anger at Obama is ubiquitous, it is insufficient for selecting a president. Anger gave the country Obama. The time and opportunity is for a real, earnest, proven and thoughtful, firm and consistent conservative. That voice is Ted Cruz.

Who is Cruz? For sure a few things: Honest, proven and circumspect, someone who has shown depth – in ALL areas that matter. If Reagan was elected on six words – strong defense, smaller government, lower taxes – Ted Cruz seems to get that. He also has a natural understanding of the Gipper on two other traits: Moral compass, and strategic foresight.

The world is more tossed by moral relativism than in Reagan’s day, and more complex. Senator Cruz seems practiced on the big stage, and proven himself in both categories. His days as Supreme Court litigator forced him to adopt a lifestyle that was invariably well prepared and strategic. The Nation would benefit from those skills in a president. Mastery of the complex is a modern imperative, as is distinguishing right from wrong.

Seldom have Republican primary voters had this chance, the opportunity to choose a leader who is strategic and morally grounded, master the game and moral. American conservatives seem to have that chance now. Winston Churchill said: “It takes courage to stand up and speak; and it takes courage to sit down and listen.” Trump has shown impulsiveness of a jarring sort. The Supreme Court litigator and Senator is ready to engage, also ready to listen. He has not cut and run – ever.

Needed now is steady, stable, sound judgment. If there is a trait that Cruz showcases, it seems this one. That should be true in Iowa and New Hampshire, South Carolina and across the country. In the end, words have meaning. History is our best reference. There are enormous similarities in the world views of Ronald Regan and Ted Cruz.

In all events, the Reagan legacy would seem a far cry from what Mr. Trump is selling, something far anger, bombast, and constant admiration of the problem – without solutions. He is a strange swirl of liberal pro-government, America-Greatism, and rolling, verbal slights. Reagan was so much deeper, far more real, far more like what Ted Cruz. Whatever the timber of Mr. Trump’s voice, Reagan was very different – and Trump is a shadow of the strength that resides in Cruz. I prefer a sound investment to a lottery ticket.

Robert B. Charles worked in the White Houses of Ronald Reagan and George Herbert Walker Bush. He taught congressional oversight and law at Harvard University’s Extension School, clerked on the US Court of Appeals, served two US House Speakers, and was the Assistant Secretary of State charged with training the Iraqi and Afghan police. He has written widely on national security, constitutional law and national policy.