Robert Aery
|
Posted: Sep 13, 2016 12:01 AM
Share   Tweet
The opinions expressed by columnists are their own and do not necessarily represent the views of Townhall.com. 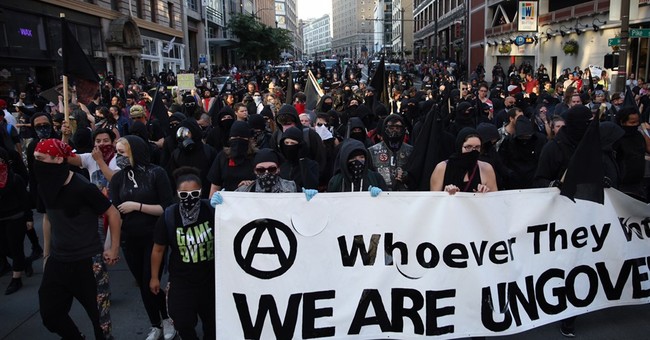 This year, America crossed a historic marker: the Millennial generation surpassed Baby Boomers as the country’s biggest living generation. This group of Americans, generally defined as those born between 1980 and 2000, now make up more than 75 million people in the United States population.

Despite the conflicting narrative, one stereotype has been widely advanced in both pop-culture and academia: the Millennial generation is more anti-capitalistic than their predecessors.

As a Millennial myself, I contend that a closer look at Millennial beliefs beyond anecdotal evidence reveals that my generation’s relationship with free-market policies are more complicated than typically described.  For instance, a Harvard University poll found that a majority (51 percent) of Millennials now reject “capitalism.”  However, many fail to note that a far greater number of Millennials reject socialism – a mere 33 percent indicate support.

While this study and others do not indicate a resounding endorsement of free enterprise, to conclude that Millennials completely reject free-market ideals from these findings is more than a stretch – it’s a blind leap.

As a general rule, poll questions often obscure more than they reveal. Concerning young Americans, changing perceptions of terminology based on personal experiences can exacerbate this phenomenon.

Modern communication methods and social structures vastly differ those of previous generations.  It is, therefore, only logical that terms for societal institutions would also evolve.

The word “capitalism,” for example, is tainted in modern culture.  As many commentators have rightly concluded, younger Americans relate the term to contemporary scandals and corruption – primarily the events that led to the Great Recession in 2007 and 2008 – rather than an enlightened economic system.

But those events weren’t capitalist at all – far from it.  Instead, they exemplified government intervention and corporate welfare. This perception, however, reveals how a majority could reject the greed and cronyism that, in their mind, defines capitalism, yet oppose a system of government-controlled distribution of wealth.

Ironically, the very characteristics that many Millennials wrongfully equate to capitalism are, in fact, indicative of big-government policies that reward the politically well-connected and favor certain industries over others, at the expense of entrepreneurs and small businesses.

Studies do, however, indicate changing views of the America ideal.  For example, a recent Pew Research study asked Americans to define the key to America’s success.  The poll found a majority of Americans (51 percent), and Millennials (62 percent), now credit America’s success to its “ability to change,” rather than its “reliance on long-standing principles.”

The results do indicate a shift in perspective, but the choice between “change” and “principles” is arguably less revealing of Millennial belief than prior generations.  In modern America, longstanding principles and realities are used, or overcome, to create profound changes and advancements in society every day.  The concept of distance, for example, is still reality to Millennials, but in our modern world, communication and commerce need not be thwarted because of it.

Thus, a Millennial could find that one of America’s best long-standing principles is its ability to change – that our national atmosphere is conducive for societal progress, whereby citizens and not government, markets and not regulators, ultimately determine the rate, extent, and direction of change in America.  Simply put, traditional measures of economic philosophy are, perhaps, less instructive for Millennials, leaving the future of American policy in their hands unwritten.

Clearly, I do not contend that Millennials are all zealous believers in the free-market system.  I do, however, believe that supporters of economic freedom have an opportunity to discuss the value of a free society with a generation that many have already written off as too far gone.