Rick Manning
|
Posted: May 12, 2021 12:00 PM
Share   Tweet
The opinions expressed by columnists are their own and do not necessarily represent the views of Townhall.com. 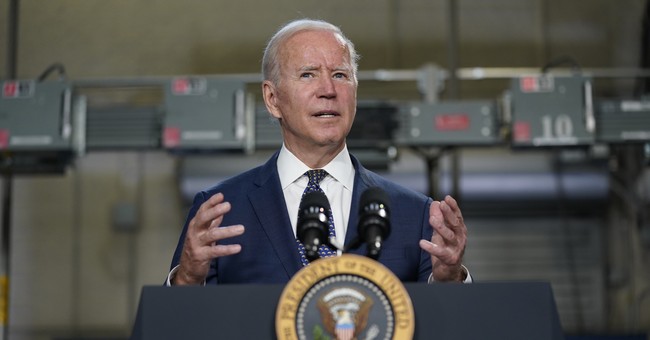 While President Joe Biden may look fondly back on the year 1973, the year he began serving in the United States Senate, did he really have to bring the entire country back with him to that fateful year?

Today's headlines are ripped straight out of the newspapers of 1973.

Jerusalem is on fire as Palestinian unrest is creating tensions unseen for years.  Fueled by Biden’s U.S. policy changes which have provided millions of dollars to the Palestinian government, massive rocket attacks on Tel Aviv coming from the Palestinian Authority proxy Hamas have been chronicled in dramatic video of the Israel Iron Dome missile defense system destroyed them and prevented mass casualties in heavily populated areas.  The scene is reminiscent of the coordinated attack by Israel’s neighbors, Egypt and Syria, forty-eight years ago on Yom Kippur and during the Islamic celebration of Ramadan. Eerily, the current attacks on Israel in 2021 are also occurring during the Ramadan celebration period.

Nineteen seventy-three was also marked by the first massive gasoline shortage in America resulting in gasoline lines and shortages that crippled America. The 300 percent increase in gasoline prices which resulted led to the determination that America would seek energy independence, which was finally achieved during Donald Trump presidency – an achievement the Biden administration is desperately attempting to undo.  The eco-terrorism cyber attack has politicians on the left salivating at the thought of using the gas lines as a catapult to pass the crippling Green New Deal under the false guise of energy security.

For gearheads, the oil shortage, high gas prices, and environmental policies led to the end of the muscle car era. Similarly, today Biden’s New Green Deal aspirations would effectively end the dominance of the internal combustion engine. The symmetry is eerie.

And of course, in 1973 the United States signed an agreement with South Vietnam, North Vietnam and the Viet Cong, to begin the withdrawal process from Vietnam, a decision that led to the murder of millions in Vietnam and Cambodia due to their opposition to the communist forces in those countries.  In 2021, Joe Biden is pledging a troop withdrawal from Afghanistan which will undoubtedly result in the Taliban takeover of control of that country. While continuing Trump’s policy to end U.S. ground presence in that country is the right thing to do, it will  likely result in human slaughter as Afghanistan devolves into civil war, reminiscent of Indonesia in 1973.

Rising inflation is another Biden gift from 1973, a year where the inflation rate almost doubled from the previous year to 6.22 percent. In the first three months of the Biden administration, inflation has almost doubled to 2.6 percent with a reasonable expectation that the prices Americans pay for goods will continue to increase as the full effects of the helicopter money policies demanded by the Democrats continue to be felt throughout the economy.

For those who remember 1973, the idea of America travelling back to experience the travails of that era after experiencing four years of hopeful pursuit of peace and prosperity in our nation is a little bit depressing.  Particularly when we realize that the one thing President Joe can’t bring back is the music of the early 70’s. Marvin Gaye, George Harrison, John Lennon and Jim Croce are dead, and the rest of the greats are in their 70’s (but still touring.) I guess we can always hang our hopes on the Rolling Stones Keith Richards leading a music revival, because he just might be the one person currently on earth who the Grim Reaper simply doesn’t want.

Rick Manning is President of Americans for Limited Government.