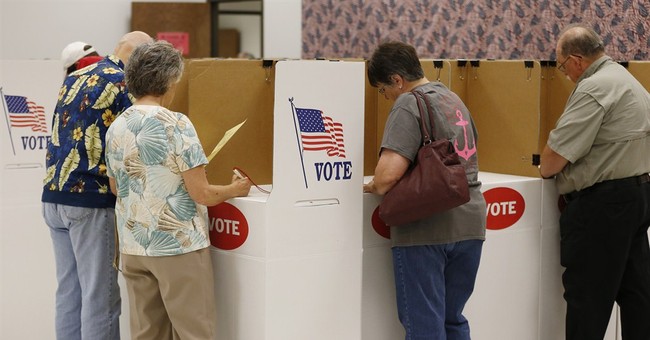 If you’re reading this with the television on in the background, there’s up to a one-in-three chance that a political ad is playing. If you’re a union member, you might be even be funding attacks on your own preferred candidate.

It’s true. Thus far in the 2013-2014 election cycle, unions have spent over $113 million to elect candidates at levels from local town and city councils to U.S. Senate. And their spending is highly partisan: Roughly 90 percent of the money unions threw into the two major parties and their candidates has gone to Democrats.

That might be sensible if union households were as Democratic as metro D.C. voters. But they aren’t really—in the 2012 election, a full 40 percent of union households voted for Republican candidate Mitt Romney.

The “good news,” such as it is? While unions may back candidates that large blocs of their memberships don’t support, at least these direct-to-candidate contributions are generally opt-in. But unions engage in lots of non-candidate political spending that many members disagree with. And that spending comes with a big catch: Union members can’t avoid paying into it in most cases without forfeiting certain workplace rights through a convoluted opt-out system.

But there is a way to grant union members both full participation in the workplace and full rights to their political consciences. The Employee Rights Act (ERA) sponsored by Sen. Orrin Hatch and Rep. Tom Price would offer private-sector union employees the right to refrain from giving consent to their dues money going to political causes and candidates.

Union members who support the union’s programs won’t see any changes in their rights. They will be able to continue supporting both voluntary political funds and the independent expenditures and interest groups funded by dues money. There should be little surprise then that recent national polling shows that 83 percent of union households support this provision.

But “paycheck protection” is only the beginning of the rights expansion that ERA creates. The measure also establishes a right to a secret ballot vote on whether to form a union or whether to strike, and it guarantees that employees cannot be restrained or coerced in attempting to decertify a union. These provisions and the other reforms in the ERA have wide support: Over 70 percent of union households and over 80 percent of non-union households back those reforms in polling.

So why is the ERA mired in the legislative morass? The reason is simple: Union bosses buy influence with politicians to block reform. But if bosses aren’t careful, they risk losing their whole empire to preserve their place on the D.C. cocktail party circuit.

In Tennessee earlier this year, employees rejected an organizing attempt by the United Auto Workers, even as many of the “no” voting workers proposed creating an independent employee representation organization. Why did they do this? Large numbers of employees thought the UAW was too chummy with the Democratic Party and liberal groups and not focused enough on auto workers’ needs.

If labor unions are to recover from their decline, they need to deal with this reality. And if politicians are really representing the little guy they will vote to pass the ERA.