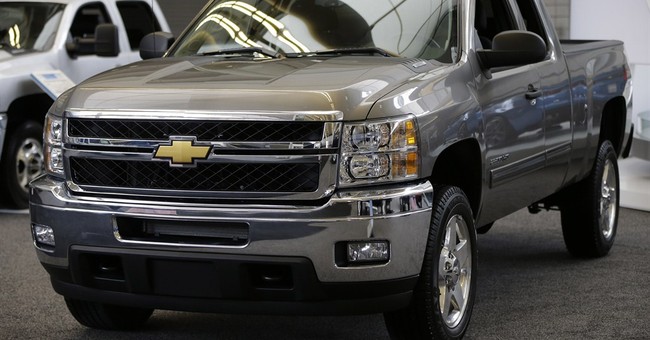 This season’s episodes of Mad Men revolve around the ad agency’s efforts (in 1968) to design a campaign for a new Chevrolet product. On the show, G.M.’s executives are portrayed as cocky and dangerous. They make demands that the ad agency can’t meet and revel in changing their requirements on a whim.

G.M. at the time sold more than half the cars in the world. The company could call the shots in just about any way it chose. Not just ad agencies, but consumers and governments seemed to bend to its will.

But G.M. stopped itself.

Instead of focusing on successful innovation, in its hubris G.M. introduced the poorly designed Chevy Vega. Chevy’s size and market share helped it sell plenty of Vegas, but the car’s many faults came back to hurt Chevy. For years G.M. spiraled downward toward its eventual bankruptcy in 2008. The market worked to humble the proud carmaker.

That won’t happen to the new G.M., better known as Government Motors. And that’s the problem.

Blogger James Pethokoukis recently wondered why we got Twitter, with its pithy 140 character wisecracks, instead of the flying cars we were promised on The Jetsons. He suspects that federal over-regulation is a big reason why.

Pethokoukis cites a new study by economists John Dawson of Appalachian State University and John Seater of North Carolina State University which estimates that federal regulations implemented since George Jetson first flew his car in 1962 have slashed real GDP by about two percentage points each year. “GDP at the end of 2011 would have been $53.9 trillion instead of $15.1 trillion if regulation had remained at its 1949 level,” the authors found.

The auto industry, of course, is a prime example of what happens when the government intervenes.

For example, consider fuel economy. Starting in 1974, the federal government attempted to improve fuel economy by introducing Corporate Average Fuel Economy (CAFE) standards. Bureaucrats would save consumers money by telling automakers how far their cars must go on a gallon of gas.

To begin with, CAFE standards were only necessary because the federal government was regulating the price of gasoline. Had consumers been forced to pay full price for gas, they would have purchased more fuel-efficient cars and forced automakers to adjust.

But the bigger problem is that Washington functionaries have taken over from G.M.’s once cocky executives. They think they can select an MPG number and, by ordering automakers to comply, force them to make a better car. But if it was that easy, everyone would do it. Bureaucrats live in rarified air. They can dream of many things, but can engineers really deliver?

It’s also worth noting that the federal government is about the least innovative place on Earth. In the last five years, taxpayers have shelled out some $1.2 million to pay elevator operators at the U.S. Senate so that lawmakers won’t have to endanger their carefully manicured fingers by pressing buttons.

As for the auto industry, Uncle Sam seems to have decided years ago that electric cars are the wave of the future. So the government is promoting them on all cylinders. “Over the next seven years, the federal government will spend $7.5 billion on policies to boost the U.S. electric-vehicle industry,” The Washington Post reports. Even so, the Congressional Budget Office projects there will be only about a quarter of a million electric vehicles on the road by 2020.

Further, in recent years, federally-supported companies including battery makers A123 and Ener1 and electric car maker Fisker have all declared bankruptcy.

“The problem for government is that while market-produced losers usually fail and go away, making room for winners, government-produced losers tend to stick around for a while, sucking resources away from potential winners,” The Economist noted last year. “No one knows in advance whether something will work; government's failure is in its relative unwillingness to clear away the chaff.”

The federal government would be better off simply trying to skip a generation of technology. Set up a pot of money, say $1 billion, to be delivered to the person or company that invents a mass-producible non-internal combustion engine car.

Will it be hydrogen powered, solar powered, electric, fusion driven, or something else? Nobody knows. Let’s let scientists and the market decide. And since the money doesn’t have to be paid off until the car exists and works, taxpayers would save billions that are now set to be spent on questionable technology.

American ingenuity enabled the modern, car-centered society. It can create the next big thing in transportation as well. But only if the federal government gets out of the way and lets markets work.