The Rising Tide of Red Ink 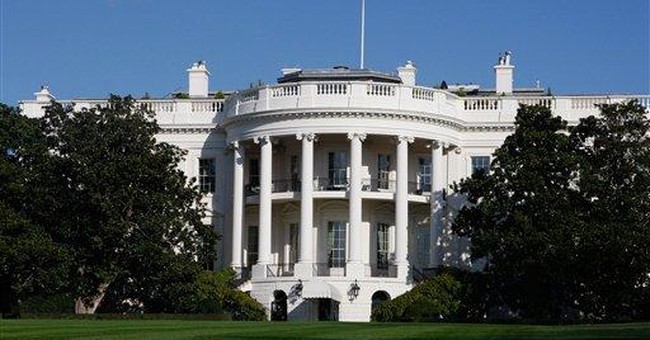 The real estate market in the U.S. hasn’t yet recovered from the subprime meltdown. These days, though, the bigger worry ought to be a federal government meltdown -- likewise triggered by overborrowing and an inability to repay debts.

When the 2009 fiscal year wheezed to a close in September, our government had borrowed $1.4 trillion. That’s more than 11 percent of the entire country’s GDP for the year. It’s the largest deficit since the end of World War II, when there was an actual life-or-death crisis for Washington to deal with.

Faced with this massive deficit, Congress will act to … increase the amount it’s allowed to borrow. The House just passed a bill that would allow the federal government to owe as much as $12.4 trillion -- $290 billion more than the current limit, an amount our government expects to reach before the end of the year. Look for another increase in the debt ceiling next year.

Meanwhile, all the talk in Washington is of whether to pass a health care bill that would add trillions to the debt in a misguided attempt to “save” money. Oh, and don’t forget cap and trade, passed by the House and under consideration by the Senate. That bill, too, has a price tag in the trillions and would cost many jobs as well.

Instead of being worried about an entirely hypothetical rise in sea levels, it’s time to deal with the very real, ever-rising tide of red ink. As economic historian Niall Ferguson warned recently in Newsweek, “Unless entitlements are cut or taxes are raised, there will never be another balanced budget.”

Ferguson has run the numbers, and found that the net present value of the unfunded liabilities of Social Security and Medicare add up to more than $100 trillion. Those are promises being made in the name of the people of the United States, but there’s no way to keep those promises unless we borrow more.

Who’s going to lend us that money? Today, China owns some 13 percent of publicly-held federal government bonds. There’s no reason to expect the Chinese would want to lend us more. In fact, they seem to be getting nervous that we’ll eventually use inflation (by printing more money) to reduce the real value of our massive debts.

Saturday Night Live recently did a spoof showing the Chinese leader telling Barack Obama that, “I notice that each of your plans to save money involves spending even more money.” President Obama is reduced to assuring his counterpart that, “You’re going to get your money.” It’s safe to say that when your debt is a joke, your government risks becoming one, too.

Also, as any borrower knows, if you’re not paying down the principal on a loan, you’re getting nowhere. Last year our government threw away 8 percent of its revenues on interest payments. The Congressional Budget Office writes that this could increase to 17 percent in 10 years, even if the economy is growing again and interest rates remain low. That’s almost a fifth of federal revenues squandered.

“As interest payments eat into the budget, something has to give,” Ferguson writes. “That something is nearly always defense expenditure.” We’re already seeing that, of course. Recently President Obama agonized over spending $30 billion to surge troops into Afghanistan -- but this is the same president who pressured Congress to pass an ineffective $787 billion stimulus bill earlier this year. Talk about misallocating resources.

It’s time to push back, with a new conservative Contract with America. At National Review, Ramesh Ponnuru suggests that congressional candidates should promise to repeal -- not chip away at, not slightly edit, but completely repeal, any health care measure that passes this year. That would be a start. Conservative candidates should also promise to lop $1 trillion off the federal budget in their first year, and should explain exactly which programs and departments they’ll slash.

If they win, they’ll have a strong mandate to make a dent in the deficit. If they lose, our country may be doomed anyway.