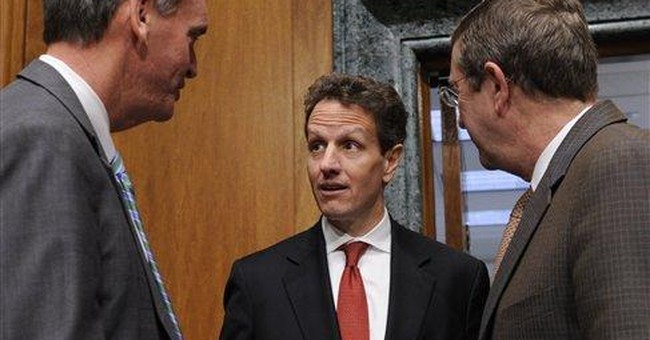 When then-Sen. Barack Obama titled his autobiography “The Audacity of Hope,” (borrowing from a sermon by his spiritual mentor, the controversial Rev. Jeremiah Wright), he probably didn’t suspect his young presidential administration would be marked by far too much “audacity” and far too little “hope.”

Let’s start with what ails the country.

The problem in the United States today isn’t that our medical records aren’t computerized. It isn’t insufficient funding for Pell Grants. It’s that the credit markets aren’t operating properly.

Banks don’t know how much their holdings are worth, and they’re afraid to make big loans. Investors doubt that the recession will end soon, so they’re reluctant to put their money into a market that may keep going down.

If the Obama administration starts by solving the banking crisis, the rest of our problems should seem smaller by comparison. Obama nodded in this direction during his primetime news conference on Feb. 9.

“We are going to have to work with the banks in an effective way to clean up their balance sheets so that some trust is restored within the marketplace, because right now part of the problem is that nobody really knows what’s on the bank’s books,” the president declared. He added that his administration had a plan. “I don’t want to pre-empt my secretary of the treasury. He’s going to be laying out these principles in great detail tomorrow,” Obama announced.

But when Timothy Geithner spoke the next day, he didn’t offer a detailed plan, just vague hopes and promises. The stock market tumbled further that day and for the next month, wiping out untold trillions in paper wealth.

Newsweek magazine thinks it understands why Geithner is struggling. “So why are key posts at the Treasury Department -- every single job requiring Senate confirmation -- vacant except for his own?” The magazine asks. “One answer: a tough IRS bureaucrat is spooking potential hires and embarrassing people who do apply.”

Embarrassing them, eh? How so? Well, that IRS specialist has been combing through nominee’s tax returns. “So far, the [Senate] committee’s review has turned up embarrassing tax issues for several nominees, including Geithner himself. Sources say the vetting has emerged as a serious deterrent, especially for experts from the financial industry,” Newsweek writes.

The answer is simple, of course: Politicians ought to fix our nation’s broken tax code.

A flat tax -- one that charged everyone a single rate with no deductions -- would be so simple even a sub-cabinet nominee could figure it out. Sure, there’d be plenty of CPAs and tax attorneys out of business -- but they’re smart people. They could certainly find other meaningful work.