No Time for Whining 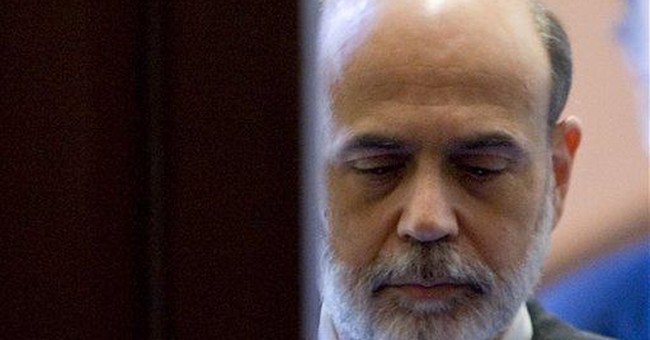 How are you doing, financially? You’ve probably got a better job than you did five years ago, and you’ll probably have a still better job (or at least better pay) five years from now.

Unless, of course, you retire. In that case, your income goes down, yet you have an opportunity to live for your final 20 or 30 years (with help from Social Security and Medicare) without working.

Retirement is a prospect today’s Americans take for granted. But it’s a recent invention. It wasn’t all that long ago that most people worked their entire lives. Most jobs were physically exhausting and dangerous, and people worked them until they wore out or died.

It just goes to show how quickly we take something great, make it a part of daily life, and start taking it for granted. The problem is that the slightest blip can then come to seem like an economic earthquake.

This is what Phil Gramm, a former senator and an advisor to John McCain’s presidential campaign was getting at recently when he talked about our country becoming “a nation of whiners.” It’s certainly true that the economy is sagging. Soaring gas and food prices are taking the largest toll.

But as Gramm explained, many of those problems come from our government. “I’m talking about our leaders. I’m not talking about our people,” he told The Washington Post. “We’ve got every kind of excuse in the world about oil prices -- we’ve got speculators, the oil companies to blame -- but too many people don’t have a program to get on with a job of producing.”

Our government subsidizes ethanol, for example, making corn scarcer and more expensive. That increases the prices of everything else. Meanwhile, our government also restricts drilling offshore and in the wilds of Alaska. We could bring prices down if we did more to increase domestic supply. But Gramm’s right. Too many of our leaders would rather just whine.

Our economy gets plenty of press coverage, but some even bigger stories have passed virtually unnoticed.

Perhaps the great untold story of the Bush administration is the lack of terrorist attacks these last six years. Sept. 11 represented a complete failure of our federal government. The CIA didn’t know an attack was coming. The FBI wasn’t allowed to follow leads. FAA regulations made it easier for the attackers.

But since then, there hasn’t been a single major attack on American soil. This is nothing short of amazing. Think of the thousands of planes that have taken off and landed since 2001. The hundreds of thousands of train and bus trips taken nationwide. A single terrorist with a single backpack could have set off widespread panic by blowing up a train. But it hasn’t happened.

When the U.S. declared war against Saddam Hussein’s regime, al Qaeda decided to use the war to get us. Instead, it’s practically destroyed itself. “Since September, levels of violence and civilian deaths have been reduced substantially,” Gen. David Petraeus, author of the surge, told lawmakers last spring. “Al-Qaeda Iraq and a number of other extremist elements have been dealt serious blows.”

Of course, it was easy to tell when things improved in Iraq, because that’s when the war stopped being front-page news. In May, fewer Americans were killed than in any month since 2003. And more good news: the Iraqis are stepping up and policing their own country.

On July 6 the Times of London reported that the Iraqi army had taken control of the city of Mosul. Al Qaeda “lacks the strength to fight the [Iraqi] army face to face and has lost the sympathy of most of the ordinary citizens who once admired its stand against the occupying forces and their allies in the Iraqi army,” the paper reported.

This is no time for whining. Things are going well in Iraq, and we have the ability to improve our domestic economy, too -- if our leaders have the will. That may be asking too much in an election year, but time will tell.