Radical Environmentalists Are the Real Science-Haters

Rich Trzupek
|
Posted: Jan 24, 2017 12:27 PM
Share   Tweet
The opinions expressed by columnists are their own and do not necessarily represent the views of Townhall.com. 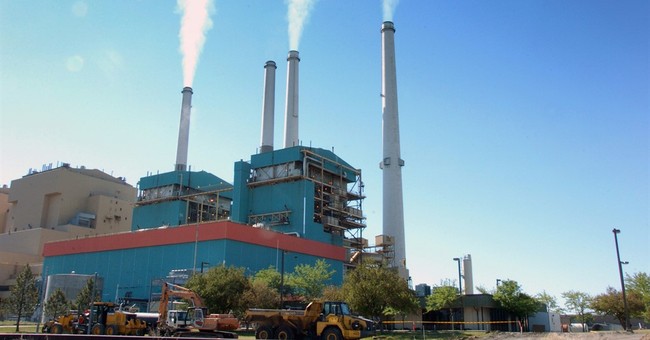 On January 16, The Daily Beast published an opinion piece titled “When Scientists Hate Science,” authored by Paul Offit, M.D., professor of pediatrics and director of the Vaccine Education Center. Offit is clearly troubled by the thoroughly unscientific linkage between autism and vaccines that has resulted in a disturbing number of parents refusing to protect their children from childhood diseases, as well he should be.

He attempts to link that thoroughly unscientific behavior with that of what folks on his side of the issue insist on calling “climate denialists” in the scientific community. Offit repeats the tired canard skeptical scientists are often paid mouthpieces, but he speculates in some cases, “Maybe the problem is that there’s a fine line that separates genius from madness.”

Here’s the problem, Dr. Offit: I’d have a much easier time buying the doom and gloom that fellows such as Michael Mann and Gavin Schmidt are constantly selling if the environmental movement didn’t have such a miserable record of denying science. I speak from experience, as a chemist who has spent over 30 years specializing in air quality issues.

During those years, the allowable concentration of ozone (smog) in the ambient air we breathe has been lowered three times: under Presidents Clinton, George W. Bush and, most recently, Obama. Each time, environmental groups have cited a link between asthma and tropospheric ozone as one of the prime reasons for lowering the standard, but they conveniently ignore Environmental Protection Agency (EPA) data clearly showing that as tropospheric ozone concentrations have consistently dropped during the past 40 years, asthma rates have steadily increased. There’s not even any correlation, much less causation, yet environmental groups and their scientists consistently ignore that undeniable fact.

Or, consider a study that was widely cited as “proving” fracking operations caused an increase in air pollution. The problem is, as I pointed out in a detailed analysis I authored for The Heartland Institute, the study didn’t actually evaluate sources associated with fracking. Instead, people took samples of air ludicrously close to the exhausts of sources such as internal combustion engines and turbines used to compress and transport natural gas, equipment used in pipelines all over the country that has nothing to do with fracking and contributes a minimal amount of air pollutants to the air-shed that people would be exposed to—unless a family decides to build their house 25 yards directly downwind from such equipment.

I could cite dozens of other examples of the same kind. The track record of the environmental movement in the past few decades is one of inventing risks that don’t exist and grossly exaggerating tiny risks that do. Gullible journalists, self-serving politicians, and too many well-meaning citizens swallow all of it, chiefly because the environmental groups are supposedly nobly saving the planet, while people who work on the industrial side like me are so easily demonized.

When one considers the environmental movement’s history of playing fast and loose with the facts, it’s difficult for people like me to get on board with Dr. Mann, Dr. Schmidt, and their colleagues in predicting chaos. Let’s consider just a few relevant facts that Dr. Offit got wrong or did not mention:

· He describes Dr. John Christy and Dr. Roy Spencer as having “magically eliminated global warming” through erroneous satellite measurements in the 1990s. Not so. Christy and Spencer have consistently and transparently improved their datasets over the years and do not claim global warming is not occurring. Rather, they have said (1) the amount of global warming is about 50 percent of what global climate models have predicted and (2) how much of that warming is caused by man remains unclear.

· Offit criticizes skeptics for relying on short-term trends: “… instead of looking at trends in the Earth’s temperature over centuries or millennia, they have examined much shorter intervals, like one immediately following the global warming caused by El Niño in 1998.” In fact, that’s the very point Spencer has made repeatedly. Alarmist models have predicted massive short-term spikes in global temperatures that have not in fact occurred. In other words, the evidence shows the models predicting disaster in the immediate future are clearly flawed.

· Offit criticizes the selection made by President Donald Trump of Scott Pruitt as the next head of EPA, but I doubt he has a clue why. Maybe Offit will be the one environmental advocate with the guts to accept my $1,000 bet the nation’s air will be measurably cleaner in 2020 under Pruitt than it is today? The fact is the multi-faceted system of regulations and oversight that protects the environment is largely focused on the state and local levels, and there’s not a damn thing Pruitt can do to dismantle that apparatus, even if he wanted to.

· Offit makes vague noises about fighting global warming, but he doesn’t provide us with any specific actions. He doesn’t acknowledge the demonstrable fact the United States has made massive reductions in greenhouse-gas emissions since 2008 and will continue to do so. Even if Pruitt and Trump were inclined to reverse all the federal rules driving those reductions—and I’m sure they won’t—the state, regional, and economic drivers that are forcing the trend will continue to force further reductions. If Offit, or anyone else who sincerely wants to reduce global emissions of greenhouse gases, wants to get the most bang for their buck, here’s how to do so: (1) help fund the development of modern, safe, efficient nuclear power plants in relatively responsible nations such as China and India in order to reduce coal-fired emissions while fighting the press/public perception nuclear power is inherently dangerous and (2) help fund the development of ultra-energy efficient natural-gas-fired combined cycle power plants in Third World nations that we might not want to trust with nuclear material.

A final, closing observation: Should folks such as Dr. Offit get their way and the environmental regulatory infrastructure in our nation should grow more complex and stringent, my family and I would personally profit because my expertise will be more in demand and more valuable. Should Pruitt manage to make the system a little less onerous, my personal value in my chosen profession may decrease a bit, but the value to our nation and its many small business owners and entrepreneurs would be immense. I would prefer the latter result, but it’s a win/win either way from my perspective.