GOP Needs to Find its Footing

Rich Galen
|
Posted: Mar 30, 2017 11:36 AM
Share   Tweet
The opinions expressed by columnists are their own and do not necessarily represent the views of Townhall.com. 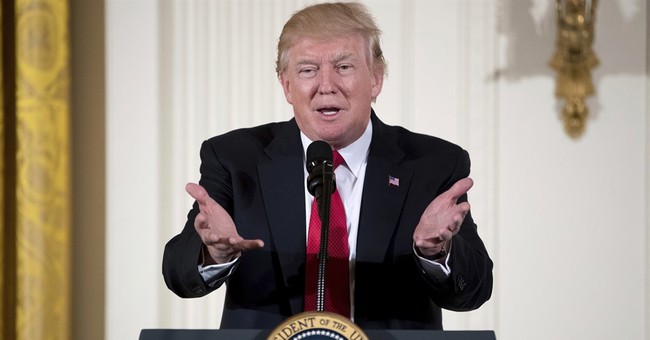 This is not going to be a rant against Donald Trump.

It is a rant against the Republican Party that can't seem to find its way in a Trump-led political world.

Donald Trump is not a life-long Republican. He wasn't a Republican at all until 2012 when he registered as an R after, as SmokingGun.com reported, being a Republican, Independent, Democrat, Republican, No Party, and Republican again.

But, we knew that. We knew that when President Trump was Mr. Trump he was transactional. If he needed a tax break out of the state legislature in Albany, he might make a campaign to the Republican head of the State Senate tax committee.

If he needed a zoning change in New York City, he might give a donation to a Democratic member of the City Council.

He was not just open about, he bragged about it.

So, to think that having won the Presidency as a Republican - even having carried the U.S. Senate along with him - was going to produce a shiny, new politically pure Donald Trump was to ignore his entire history.

The other day British Prime Minister, Theresa May signed the document that starts the two-year clock running that will end with Great Britain's separation from the European Union. It's called "Brexit" which is short for British Exit from the EU.

I only bring that up, because of the way British columnist Roger Boyes, writing in the London Times, described the relationship between the U.K. and the EU:

"We were never in a marriage: no passion, no offspring. It was more like a flat-share where we squabbled about the bills, about the pilfering from the fridge and about the uninvited guests sleeping on the sofa."

Sound familiar? Sound like the 70-day romance between Donald Trump and the Republican Party? We knew that Donald Trump didn't understand how Washington worked. Many of the people - maybe most people - who voted for Trump did so precisely because he was not a "Washington insider."

Unfortunately, the Trump presidency began with a fight with the press corps (and his own Park Service) over the number of people present at his inauguration. It wasn't so much that Trump (and Sean Spicer) had to twist the truth into a complicated knot, but that it set the tone for the next two months.

Did not! Did, too! Is not a governing philosophy.

But we knew about Donald Trump. We knew that his entire career was painted with a layer of self-aggrandizement over a base of self-delusion. That this has continued into the first two months of his administration is no surprise.

In the earliest days, "chief strategist" Steve Bannon intimidated much of official Washington. He was everywhere. Steven Miller, the creepy Robin to Bannon's Batman, so frightened TV viewers that he was sent back to the White House to muse about world domination without disturbing the rest of us.

Someone, maybe Bannon, convinced President Trump that he could sign an ill-drafted Executive Order on immigration. Donald Trump isn't a lawyer and had no way to judge the potential potholes in that document.

Someone, I don't know who, convinced President Trump to come out of the gate supporting a "Repeal and Replace" bill which neither repealed Obamacare, nor replaced it.

No one is telling the president to leave his smartphone with the secret service so that in the early mornings and late evenings when he may be tired and bored, he doesn't feel the need to punch out 140-characters of bile and anger.

I don't know what happened with the Russians and neither do you. It may be a real test of our sovereignty; but it is no less likely that it is like that old trick of a photo of what looks like a horrid monster only being a wisp of carpet fiber under a 50x microscope. It looks really scary without any context.

House intelligence committee chairman Rep. Devin Nunes seems to be writing the script for the remake of Charlie Wilson's War and his sneaking and creeping around the White House grounds only feeds President Trump's adolescent sense of "this is what presidents do."

Someone needs to tell Mr. Trump to tell Mr. Nunes to stay on his own side of the constitutional line.

This may all settle down. I hope so, but this is not just President Trump's problem. It is the GOP's problem and someone in the GOP needs to get their arms around it.