Rich Galen
|
Posted: Nov 03, 2016 9:50 AM
Share   Tweet
The opinions expressed by columnists are their own and do not necessarily represent the views of Townhall.com. 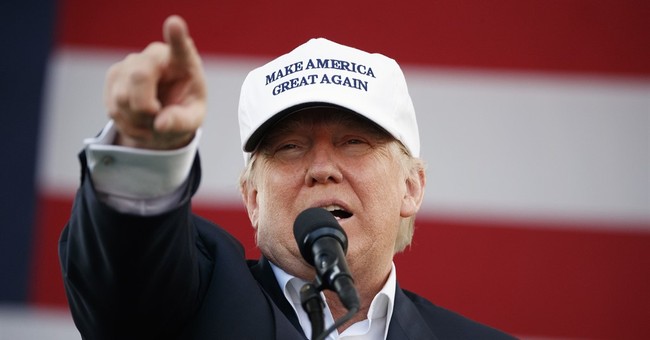 As we move into the last few days of the 2016 cycle, I would remind you that I am still batting 1.000 in terms of predictions.

If you haven't been following closely let me begin with my initial prediction, forcefully stated, that Hillary Clinton would not run. I think I remember saying something like, "She's been through the gruel of a Presidential race, I think her head injury was more serious than they have let on, she is a (relatively) new Grandma and will want to be with her grandchild, and she may well decide she can do more good around the world co-running the Clinton Foundation than fighting with Congress every day."

All valid reasons for Hillary Clinton not to run.

On the other side, I was just as certain that Donald Trump wouldn't run. He would tease us about running. He would create enough interest for some news organizations to follow him around for a while, but in the end he would decide that doing deals that get larger and larger signs with his name on them would only come to an end with his greatest triumph: "TRUMP RUSHMORE."

I was wrong about that, too.

When Trump did get into the race I confidently predicted he would not, could not be the GOP nominee. He wasn't a serious candidate, and while there might be some voters who were attracted to him like moths to a brightly lit casino, someone like Rubio, or Jeb, or any one of 14 or 15 other more qualified candidates would ultimately stand on the Cleveland stage surrounded by balloons and cheering delegates.

After the conventions I soberly informed you that Hillary Clinton would win in a walk. That only something I could not even imagine could stop her. Trump's Khan period, followed by his week-long Miss Universe riff, nestled between his fury over a Federal Judge who was born in Indiana of parents with Mexican roots, and topped off with his "Access Hollywood" horror show only proved how prescient I was.

With five days to go, I might have juuuuussst missed the mark about Hillary winning in a walk.

The unimaginable happened last Friday afternoon when FBI Director James Comey sent his now-famous, if indecipherable, letter not quite proclaiming the re-opening of the Hillary private server case, but not declaring the door still shut, either.

Let me make another prediction - even as we read the polls saying the race is very close and getting closer: Hillary will win. Not in a walk. Maybe in a stumble or a swoon. Maybe even in a crawl, but the Electoral College map will create enough of a tail wind for her to make it across the 270 vote border.

I don't like (and did not vote) for either one of them. I wrote in Gov. John Kasich of Ohio on my Virginia ballot.

I read that Kasich had written in Sen. John McCain as he voted in Ohio. I tweeted that if McCain would write my name in on his ballot we will have closed that loop. But, I don't think Senator McCain knows who I am.

Is Hillary Clinton a crook? Absolutely. Is Donald Trump nuts? No question. Which of them deserves to sit in the Oval Office? Neither.

As of this writing, about 29 million of us have already voted, according to the Voice of America website. In some states you can ask for your ballot back if you think you got it wrong in the first place, but that will not be a significant factor.

The thing about trying to tease out who is winning by looking at early voters is: You know (in most cases) whether they are Rs or Ds, but you don't know who they voted for until the ballots are opened. If the voter is from a predominately Black or Hispanic area you can be reasonable certain they are votes for Clinton. But, if they are from traditionally White working class precincts, they are likely to be for Trump, but your guess is as good as mine and you know how good my guesses have been for the past 18 months.

This last bit feels like an NFL game where the team that has been behind scores a touchdown late in the 4th quarter but leaves too much time on the clock. The other team moves the ball close enough for a field goal to win as the clock runs out.

On the other hand, field goal kickers sometimes miss.