Rich Galen
|
Posted: Oct 17, 2016 11:13 AM
Share   Tweet
The opinions expressed by columnists are their own and do not necessarily represent the views of Townhall.com. 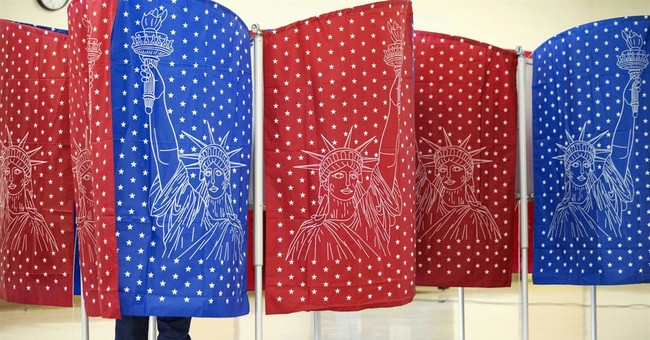 Tom Ridge, the former Governor of Pennsylvania and the first Secretary of the Department of Homeland Security and I are writing a book. The book is, essentially, How Did We Get Here, Where Are We Going, and How Do We Get There.

Put aside the fact that saying you're going to write a book and actually cranking it out are two very different things. The point of todays Mullings is:

I won't bury the lede any further. I wrote in John Kasich for President.

In our book there is this:

Life does not often give us a clear choice: Good versus Evil. Far more often the choice is a blurred line between really bad and totally unacceptable.

As someone once said: "If life were easy, anyone could do it."

That "someone" was me, and I think I first said it when I was diagnosed with heart disease at age 39.

I have been writing for months that if the race for President in Virginia was a foregone conclusion, I wouldn't vote. Many of you pushed back, writing it was my duty to vote for President.

Virginia is not in doubt. A new poll over the weekend has Hillary Clinton beating Donald Trump by 15 percentage points, 44-29. Even if you think (as I do) that can't possibly be correct, it is true that the Trump campaign has pulled is few remaining staffers out of Virginia and sent them to North Carolina.

Leaving out this latest poll, the average of the other three on the RealClearPolitics.com page still has Clinton with a 6.7 percentage point lead. That's a high hill for Trump to climb with just three weeks to go.

I wrote in John Kasich because I voted for him in the Primary (where he was actually on the ballot). I have no illusions of Governor Kasich winning any of Virginia's 13 Electoral Votes (actually, it's winner-take-all as it is in 48 states and DC), but neither will Gary Johnson nor, for that matter, Donald Trump.

I wish Kasich had been the GOP nominee. I believe the polling numbers nationally and in the battleground states would be reversed. But, I also wish the Washington Nationals could win a post-season series and, as neither of those is going to happen, it is best to move along.

We're not going to argue whether Trump's relationship with women is as bad as Bill Clinton's. Nor will we argue (at least not today) whether John Podesta's emails are evidence that Hillary Clinton should be under indictment rather than preparing for inauguration.

American primary voters have decided on who should be the nominees of the two major parties and that's what we have.

As someone recently said, "Far more often the choice is a blurred line between really bad and totally unacceptable."

On the Secret Decoder Ring Page today: Links to the latest Virginia poll, to the Politico.com summary of email disclosures, and to the RealClearPolitics polling average page.

The Mullfoto is of the little sticker I earned by voting today.