Rich Galen
|
Posted: Aug 04, 2016 12:01 AM
Share   Tweet
The opinions expressed by columnists are their own and do not necessarily represent the views of Townhall.com. 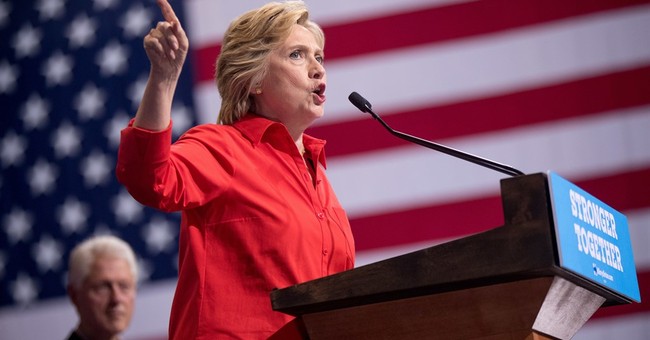 The other day, President Barack Obama said that Donald Trump is "unfit to serve" as President of the United States.

Nothing that the Trump campaign has done since the final day of the Hillary Clinton convention would lead even a casual observer to disagree with the President.

I don't need to reiterate all the unforced errors that Trump has committed. The most egregious was picking that fight with the parents of Humayun Khan who died in Iraq protecting his soldiers. That fight should never have happened in the first place much less have been carried for the better part of a week.

I fell off the Trump train when he went after that Federal Judge who is handling a private law suit against Trump. He accused the judge of rulings that were unfavorable because he was of Mexican heritage. That the judge was born in Indiana meant nothing. Not only that, but Trump hopped on a conference call with senior campaign surrogates instructing them on how they should talk about the case.

I waved goodbye to the Trump train over the Khan debacle. Putting aside the immorality of speaking ill of grieving parents, it was just politically dumb.

There have been other things over the past week. In an interview with ABC's George Stephanopoulos Trump insisted that Vladimir Putin would never, ever go into Ukraine.

When Stephanopoulos said "He's already there," Trump backed and filled and said later that what he had actually said was that the Russians wouldn't have annexed Crimea if he had been President.

Hadn't said anything like that. He had no idea what had happened in Ukraine over the past few years.

So, I will not be voting for Donald Trump for President, but neither will I vote for Hillary Clinton who is, as Newt Gingrich said, is no paragon of virtue. Of the race between Clinton and Trump, Newt said:

The good news for me is that with Sen. Tim Kaine (D-Va) on the Clinton ticket, Virginia is not likely to be a battleground state. It will almost certainly go for Clinton.

So, I can skip that line and not run the risk of being the one vote that pushes the Commonwealth's 13 electoral votes into Clinton's column.

We have no U.S. Senate race in Virginia, and we vote for our state and local officials in odd-numbered years, so there's nothing there.

The only election I will vote in will be for U.S. Congressman from the 8th District - a seat currently held by Democrat Don Beyer. Beyer got 63 percent of the vote two years ago, but I'll proudly cast my vote for Republican Charlie Hernick.

By yesterday afternoon the Trump campaign was working hard to knock down the idea that senior Republicans like Newt, RNC Chair Reince Priebus, and former NY Mayor Rudy Giuliani were plotting an "intervention" with Trump and his campaign to try and find a course for it to follow over the next 90+ days.

This misadventure of a campaign has not gone unnoticed by respondents to national polls. On July 27, RealClearPolitics' average of polls showed Trump leading by 1.4 percentage points: 44.7 to 43.3.

UPDATE: As I was typing that at about 7 o'clock, Fox News released it's latest poll showing Clint has opened up a 10 point lead over Trump: 49 - 39, so this is continuing to go in the wrong direction.

A candidate can always come up with new topics to talk about, or raise more money. The one asset that is fixed is time. Every week that Trump wastes is a week he can never get back.

We're still a little early in the general election portion of this campaign for these numbers to be "baked in."

But, we're getting close. It's up to Trump to get the campaign away from talking about whether he is fit or unfit to be President, and onto whether Hillary Clinton is fit for the job.

Lad Link: @ReedGalen looks at the issues facing the next President on Inauguration Day.HERE.

One the Secret Decoder Ring page today: A partial transcript of the ABC News interview, the RealClearPolitics.com polling summary, and a link to the Fox News poll that was released last night.

The Mullfoto is a screengrab of the Tweet I wrote about earlier in the week but many of you could not see.