Rich Galen
|
Posted: Jun 06, 2016 12:01 AM
Share   Tweet
The opinions expressed by columnists are their own and do not necessarily represent the views of Townhall.com. 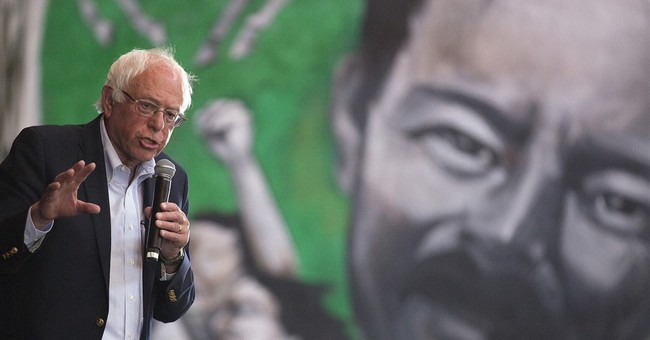 Hillary Clinton desperately needs to win California tomorrow. She doesn't care if she wins by 30 percentage points or 30 votes.

Even though no one but Bernie Sanders and his campaign staff think he has any chance of stopping Hillary Clinton's progress toward the nomination, a loss for Clinton tomorrowcontinues the narrative that this will not have been so much a march to victory as having stumbled across the finish line like a marathon runner who misjudged the early pace.

While Donald Trump continues his version of a victory tour - one that seems to include publicly shoving away anyone who has ever had a negative thought about him - Sanders is the only positive story left in this race.

Clinton's legal problems are like watching comet Shoemaker-Levy 9. Caught in the enormous gravity field of the FBI and the State Department Inspector General's office, her defense is inexorably breaking apart as top aides are interviewed and either claim dreadful memory defects or take cover behind the 5th Amendment Wall.

The pieces of that comet, as you may remember, crashed into the planet Jupiter with huge explosions as a result. But, in the end, the comet was consumed and Jupiter continued its stately, billion-years journey around the sun.

The question the Clinton campaign can't, won't, and doesn't want to answer is: Will the FBI indict Hillary Clinton and/or people close to her before the Democratic National Convention in Philadelphia that begins on July 25.

Happily, for Clinton, Trump has continued down his path downward. His attack on U.S. District Court Judge Gonzalo Curiel who is overseeing a Trump University case as being, according to CBS News:

"a member of a club or society, very strongly pro-Mexican, which is all fine, but I say he's got bias."

That led Newt Gingrich to say on Fox News Sunday:

We'll have to see whether that causes Trump to turn his guns on Gingrich. If so, that might tell us even more about the thickness (or thinness) of Trump's political skin.

Through all of that, Bernie keeps rolling along.

Over the weekend, perhaps hedging his bets against the California results tomorrow, Sanders told reporters that Clinton would not have a majority of pledged delegates (as opposed to Superdelegates) and, therefore,

"The Democratic National Convention will be a contested convention."

According to the Associated Press, Clinton needs only 60 delegates to reach the magic number of 2,383 for a majority. That includes 547 Superdelegates. Take away the Superdelegates (as Sanders is insisting the race be counted) and she's 607 delegates short.

Even at that, Sanders trails by 275 delegates.

According to a Field Poll, released last Tuesday - one week ahead of the California primary,

"45% of likely voters in the Democratic presidential race are supporting Hillary Clinton and 43% favoring Bernie Sanders."

According to the poll, Clinton led by 11 points in January, and by six points in early April.

If California slips from Clinton's grasp and she loses to Sanders tomorrow the Clintonian cry that Hillary Clinton beat Barack Obama by almost a half million votes there in 2008.

However, it seems to me that, having won in 2008, if she loses tomorrow that will be Bernie Sanders' California Dreamin' come true.