Rich Galen
|
Posted: Apr 11, 2016 12:01 AM
Share   Tweet
The opinions expressed by columnists are their own and do not necessarily represent the views of Townhall.com. 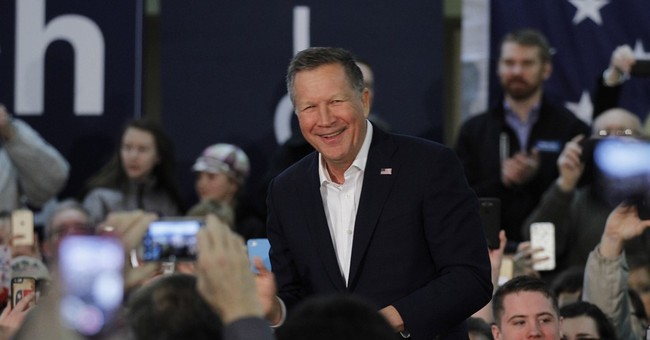 Every four years, thousands of people - Republicans and Democrats - make their way to a major city for somewhere between five days and two weeks to attend their party's national convention.

Those major cities have submitted bids, in competition with other major cities, promising to raise money, provide services, and generally be good hosts to the political party's party.

This year might mark the end of the run.

This year in both the Republican and Democrat races, the front-runners are fending off challenges from opponents who are far behind in delegates, but are holding out hope to their supporters that they will be able to upend the front runners at their respective conventions.

On the Democrat side, Hillary Clinton leads Bernie Sanders 1,756 delegates to 1,068. That includes what are known as "super delegates" of whom Clinton has 469 and Sanders only 31.

Sanders claims he will, by virtue of having won the last six, and seven out of the last eight caucuses and primaries, get many of those super delegates to switch sides.

He has, he claims, raised more money than Clinton in past two months, and has the support of vastly more young voters than she does.

All that might be true, but the rules of the Democrat party say that the first candidate to 2,383 votes wins the nomination and Clinton is a lot closer to that number than Sanders.

Things are much the same on the Republican side. As of this writing Donald Trump has 743 delegates while second-place contender Ted Cruz has 545. The first to 1,237 wins on the GOP side.

If you've turned on a cable news program for more than 40 seconds in the past four weeks, you know that the Cruz people have understood the nuances of delegate selection fare batter than the Trump people and have made it more difficult - maybe impossible - for Trump to have reached the magic number by the time primary voting ends onJune 7.

Trump has cried "foul" because he got more votes in places like Louisiana (41% - 38%), but Cruz - having worked the system - ended up with an equal number of delegates (18 each).

Both Hillary Clinton and Donald Trump claim they have received far more votes in the primary/caucus process than their respective opponents and, by virtue of that, should be the nominee.

They might both be the nominee, but the rules up to now have not been who gets the most votes. It has been, and still is, who gets a majority of the delegates.

Trump claiming the rules don't matter is beyond silly. If he needs a zoning variance somewhere to construct a building, he - or his people - know every person on the planning and zoning board, they know who is for them and who against, they know which has a kid in a school that could use a new playground and, they know whether that commission has the last word, or merely makes a recommendation to the city council which has the final vote.

He knows just holding a rally in favor of his building is not enough. Some entity has to vote on the project.

Clinton is in a stronger position to go to the Democrats' convention in Philadelphia with a majority of the delegates locked up, but she risks losing the support of all those Bernie Sanders supporters who may see that their votes have gone for naught.

For those die hards in the audience, John Kasich and Marco Rubio combined have attracted 6,461,000 voters - about 29 percent of votes cast.

Let's add all those up - all the R votes and all the D votes: About 14.7 million. And we've still got a bunch of really big states to go.

All those people are going to be represented at the Republican and Democratic conventions by a total of 7,236 party regulars.

No matter whether who the two nominees are, there will be millions and millions of people who are disappointed in the decision.

Maybe it is time to reconsider whether the convention system in 2016 works as well as it did 160 years ago when the first GOP national convention was held in 1856 or in 1832 when the Democrats first gathered to choose a nominee.

On theSecret Decoder Ringpage today: Terrific links today to the Green Papers tabulation of all the votes and to the Wikipedia entries for the first GOP and the first Democrat conventions

Also, a Mullfoto that will make you grimace. I promise.