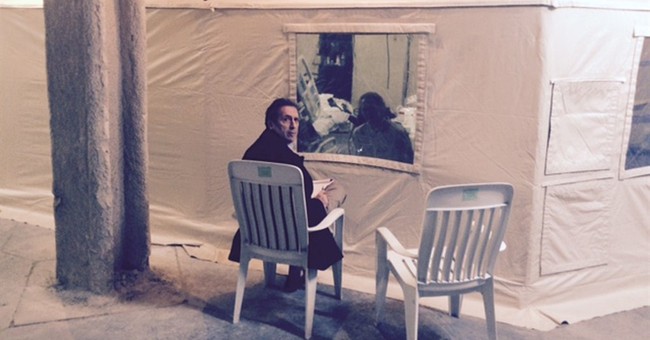 This is a difficult MULLINGS to write because I am not certain how I would react if it were me.

The issue is mandatory isolation - quarantine - of doctors, nurses, and military personnel who have been in the Ebola area of West Africa. I have unending respect for Americans who make the decision go into dangerous places to help try to save people's lives.

The case making current news has to do nurse Kaci Hickox who had been in Sierra Leone working with Doctors without Borders.

As you will remember, when she landed at Newark Liberty Airport her liberty was suspended as she was interrogated and hustled to a quarantine area at University Hospital. That quarantine area was a tent, a fairly large tent, not a pup tent - but it would certainly never have been confused with a suite at the Four Seasons.

Gruff and tough as always, the Governor of New Jersey, Chris Christie, said his responsibility was to the health and safety of people of his state and, until someone could prove to him she was not a danger, she was staying put.

Because it was New Jersey and because the lightening-attracting Governor is Chris Christie, the notion of nurse Hickox being badly, and unfairly treated found fertile ground in the U.S. media.

After a weekend in isolation, the Governor's fears were apparently assuaged so Ms. Hickox was released and driven to her preferred destination Maine.

Unfortunately, when she got there the Governor of Good Old Maine, Paul LePage (who is up for re-election on Tuesday) said, in effect, his responsibility was the health and safety of the people of his state and ordered her into quarantine for 21 days there, as well.

According to published reports Hickox had a slight fever briefly while she was in New Jersey, but is asymptomatic for Ebola or anything else at present.

She is insistent that she will not abide by any quarantine order and will sue the state of Maine. On NBC's "Today" show Hickox said yesterday:

"I don't plan on sticking to the guidelines. I remain appalled by these home quarantine policies that have been forced upon me."

The case of Dr. Craig Spencer who is fighting Ebola in a New York City hospital makes it more complicated yet. He apparently told officials that he had quarantined himself in his apartment when he got back from a Doctors Without Borders stint in Guinea until he developed a fever.

Turns out, he lied. According to the New York Post he, in fact,

"didn't admit he rode the subways, dined out and went bowling until cops reviewed his credit-card statement and MetroCard and found that he went over here, over there, up and down and all around," a source said.

What if Dr. Spencer didn't live in New York City where he could go to Bellevue Hospital which was ready to receive and treat an Ebola patient, but had traveled to someplace like Springfield, Missouri before falling ill?

Several weeks ago, NBC Medical Correspondent, Dr. Nancy Snyderman was supposed to be in quarantine after reporting from the Ebola zone, but according to the PlanetPrinceton.com website she:

"allegedly was seen sitting in her car [near Princeton]. A reader reported that a man who was with her got out of the car and went inside a restaurant to pick up a take-out order.

See? That's why this is so tough. On the one hand you can say "Hell, they're in Maine, or Princeton, or Manhattan. What were their living conditions in Africa?

On the other hand, I think we need to be careful before Governors start making a habit of arresting people who have done nothing wrong, tossing them into a tent or a house for 21 hours, 21 days, or 21 months without going through some judicial proceeding to protect their rights.

And no matter what you think about the chances of Ebola getting into the wild here in the United States, is it fair for those people who have gone into the belly of the beast to come home and not give us the chance to decide for ourselves if we want to share in the danger?

That's why I had trouble with this edition of MULLINGS.