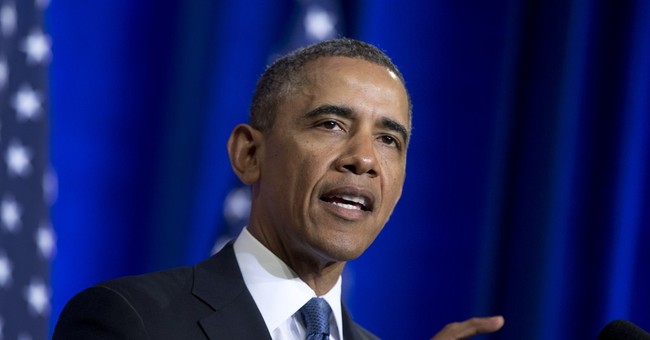 I am crumbling beneath the heavy gravity of our national cynicism. I am being washed away by the flood of ill will between and among Americans. I am blinded by the whirling police light on Drudge and by the "Breaking News" scroll at the bottom of my TV screen. I have been rendered deaf by the non-stop shouting on cable chat shows.

I know this sounds like I'm signing off. I am not. But I feel like I need to go to Good Citizenship Re-hab along with about 317 million others, and get back to some semblance of a shared national direction.

Nothing generates more nasty-grams from both the right and the left as when I try to steer what I believe to be an evidence-based, rational course on TV.

On the Left I am immediately identified as a Right Wing Freak especially if the Chyron reminds viewers I have been press secretary for both Newt Gingrich and Dan Quayle (among others) in my career.

On the Right I am immediately identified as a RINO (Republican in Name Only) if I don't call for the impeachment of President Obama and/or the public flogging of (whatever member of the Administration is currently in the news) with my first breath.

There is an unequal but opposite member of the phylum "Political Hack" known as a DINO.

This group has only recently been identified in the wild and it will probably take a GOP win in 2016 for groups of DINO hunters to organize and attempt to root them out of the Democratic Party.

A hundred years ago James Carville and I were doing a panel for one of those groups that brings high school seniors to Washington, DC for a week of sightseeing, visits with their elected officials, and lectures from JAMES CARVILLE and Rich Galen.

James got off on a tangent about how he knew high school seniors were supposed to be bored with everything that didn't require a fake ID. James told them he and I did politics for a living, but we understood that politics is the mechanism by which we choose our governmental leaders. The best of those leaders get a monument.

He said that the two of us go by those monuments each and every day but never without having the hair on our arms go up in respect for what they represent. We've had a lot of leaders, he said, but there are only a few monuments.

I mostly smiled and nodded.

This cynicism thing bubbled to the top on Friday as I watched President Obama's speech about the National Security Agency. I understand he's trying to walk a nanometer-wide line between the public safety and an on-going violation of our Fourth Amendment rights:

"The right of the people to be secure in their persons, houses, papers, and effects, against unreasonable searches and seizures, shall not be violated …"

I couldn't help but think that the driving force behind that speech had more to do with the President having been embarrassed by the news that the NSA had been tapping into the communications of foreign leaders - especially German Chancellor Angela Merkle - than calming the fears of Americans.

NBC wrote that the relationship between the U.S. and Germany has "hit a new low" because of the spying allegations.

Cynical, I know, but it got worse.

I went from there to the news that the Target/Neiman Marcus credit card breach was the result the hacking talents of a teenager living in Russia. I started wondering whether Edward Snowden and this kid are playing beer pong and having a good laugh in some dacha outside St. Petersburg.

I'm cynical about Target, too. The chairman was interviewed on CNBC the other morning and the set was decorated like a Target Dream Sequence from The Big Lebowski - everything was decorated with its red logo - and he kept referring to the 110 million people whose cards had been hacked as "guests."

"What did he know, and when did he know it?" I begged Becky Quick to ask him. Out loud. In my office.

Yelling at the TV is new for me.

I am beginning to think there is only one antidote for this national epidemic of cynicism.

Another 'Bombshell' Involving Trump and John Bolton Dropped Last Night, Here Are the Details
Redstate
Lindsey Graham: I want to see the Bolton manuscript and I might support a subpoena to get it
Hotair