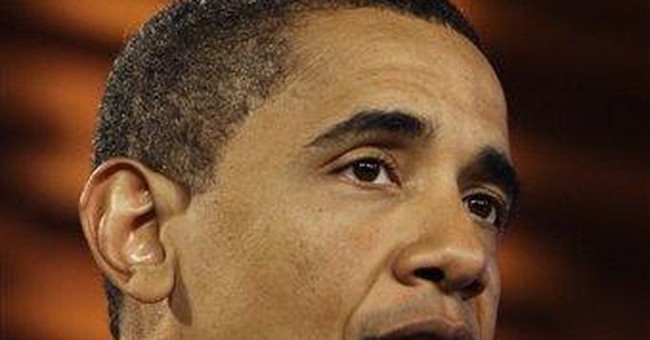 The bloom is off the Obama rose. After getting just about everything he wanted out of the Democrat-controlled Congress for the first six months of his Presidency, it doesn't look like Barack Obama is going to get the health care overhaul he was seeking prior to the August recess.

But when it comes to health insurance … that's personal.

People who are in their 20's and early 30's consider themselves to be - as the military folks like to say - bulletproof and invisible. I suspect they are a significant portion of the "uninsured."

They don't think they are likely to get sick, and they drive their cars with such skill and dexterity that an accident is not in their line of sight.

From their mid-30's onward, anyone with children worries about their kids getting sick or, worse yet, injured and they want to be certain that should that, God forbid, happen that they can get their child the care he or she needs.

When we get into our 40's and 50's, the aches and pains run the risk of becoming heart disease, arthritis, or diabetes and we start worry a great deal about really big medical bills for things which, previously, had only been an issue for our parents.

I remember watching an HBO documentary a hundred years ago about a family of small time crooks who robbed convenience stores and sold (and used) drugs. Every time they were busted, which was just about every time they tried to boost a boom box from a drug store in Queens, they were hauled into court and were represented by a lawyer paid for by the taxpayers of the City of New York.

I thought then, and I think now, that if we can provide a lawyer for really stupid and ignorant petty criminals, we should be able to provide a doctor for sick children.

The problem for Obama, as I explained to Mark Barabas, is no one understands what in the world his plan is. If he has a plan. No one knows what is in the House bill and there isn't a Senate bill well developed enough for serious consideration.

A century or so ago, someone wrote that the financial system of Great Britain was so complex that only two people understood it: The Chancellor of the Exchequer and a minor clerk in the Bank of England … and they didn't agree.

That's where we are with America's health care system.

The current system isn't working. Anyone who has to pay for their own insurance will attest to that. As the economy continues to struggle, more and more companies are having to choose between payroll and health insurance. That means more Americans are falling into the uninsured category and they don't like it.

In fact, Cici Connelly, reporting in the Washington Post wrote: Polls show that senior citizens are more skeptical about health-care reform than any other age group.

No system will work for everyone. As we've discussed here before, perfection is a religious, not a political, concept.

The Congress should bring as many experts as they can find to Washington and ask them come up with a system which works best for most people.

They won't, more's the pity. We are in a period of political gotcha where seeking partisan advantage is much more important than solving serious problems.

Health care will be delayed beyond the President's deadline. But we can't delay it forever.