Panetta Gets the Message 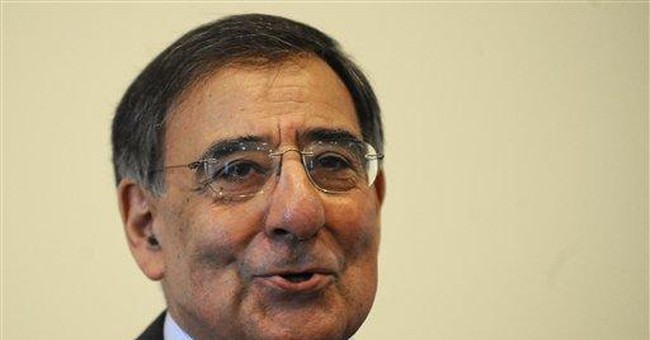 On May 15, 2009 the best political analyst in the Washington press corps, Dan Balz of the Washington Post wrote a front pager about Nancy Pelosi's assertion that the CIA had lied to Congress about torture. Here was the lead graf:

The very next day, May 16, 2009, Post writers Perry Bacon Jr. and Joby Warrick wrote the CIA thought that was a crock. THEIR lead was this:

CIA Director Leon Panetta yesterday rejected House Speaker Nancy Pelosi's charge that the agency misled her about its use of coercive interrogation methods, escalating a controversy that has dogged the speaker for weeks and intensifying a debate over Bush administration policies that the Obama administration has tried to avoid.

In fact, Panetta wrote a memo to the CIA staff saying:

As the Agency indicated previously in response to Congressional inquiries, our contemporaneous records from September 2002 indicate that CIA officers briefed truthfully on the interrogation of Abu Zubaydah, describing "the enhanced techniques that had been employed."

Republicans jumped all over this - as did the news media - as Panetta calling Nancy Pelosi a liar. Pelosi stonewalled reporters and has refused to discuss the matter for the past several weeks notwithstanding there appears to be a yawning canyon between what she said and what he said.

While all this was going on, former VP Dick Cheney was here, there, and everywhere suggesting that Obama was a lightweight in the intelligence/national security area and was leading the nation down a dangerous path.

Panetta and Pelosi were contemporaries as Members of Congress, and as Members of the Democratic caucus. Nancy Pelosi is not known as playing nicely with her fellow delegation members. In fact, Pelosi caused quite the dust-up when she refused to allow the senior Democrat on the House Intelligence Committee - Rep. Jane Harmon (D-Ca) - from being promoted to chair of the committee when the Dems took control of the House following the 2006 elections.

Follow me here. The chief of staff at the CIA - the guy who is Panetta's closest advisor - is a man named Jeremy Bash. According to Congressional Quarterly, "[Bash] is best known for his role as chief minority counsel of the House Intelligence Committee and close aide to Rep. Jane Harman, D-Ca. "

So, Panetta's CoS used to be Harmon's top aide on House Intel. Harmon gets passed over by Pelosi. Bash goes to CIA with Panetta and out comes this memo pretty directly whacking the Speaker upside the head with a 2 x 4.

Where was Barack Obama in all this? Laying low. Or so it seemed.

But, given a choice between siding with the CIA director - who serves at the pleasure of the President - and the Speaker of the House - who doesn't care how pleased, or displeased, the President might be - guess where the White House came out?

"I think [Cheney] smells some blood in the water on the national-security issue. It's almost, a little bit, gallows politics. When you read behind it, it's almost as if he's wishing that this country would be attacked again, in order to make his point. I think that's dangerous politics."

Yikes. Talk about questioning the motives of your political opponent. Newt Gingrich got shouted down from all quarters when he called Sonia Sotomayer a racist for saying Latinas made better decisions as judges than White men. Newt backed off.

The same magazine said this about Panetta's role when he was nominated this past January:

Given what I know about how Washington works, I think it is highly likely that Leon Panetta was called on the carpet by White House Chief of Staff Rahm Emanuel and told that of those four "important jobs" he was getting an "F" on numbers one and two; a "C" on three; and an "Incomplete" on four.

In the way of Chicago politics - going all the way back to the Capone era - Panetta had to do some serious penance.

Panetta couldn't apologize to Pelosi. He would have quit first. But, at the urging of the White House he could and did take on the chief raspberry seed in the tooth of the Obama Administration, Dick Cheney, and that's what Emanuel told him his punishment was to be.

So, Panetta got the message, delivered the message, and got well with the White House (job number one); but he still hasn't made nice with Pelosi. Watch to see how long it takes for Jeremy Bash to decide he needs to spend more time with his family.