What Was He Thinking? 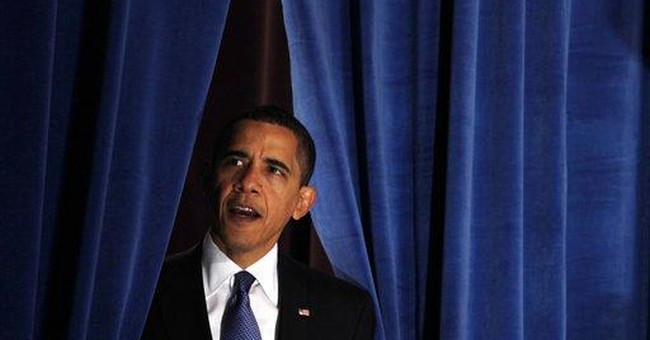 Here is some un-asked-for advise for the Chairman of the Republican National Committee, Michael Steele: Go after the other guys.

If you've missed this (because it is so insignificant in the face of the Obama Administration ending Capitalism as we pointed out the other day) here are the basics: Michael Steele and Rush Limbaugh are in a spat.

How did this happen?

It happened because the Democrats are reprising their 1996 theory which was to fire a huge percentage of their ammunition not against the GOP party nominee, Bob Dole, but at Newt Gingrich.

At the time, we estimated that the DNC and its affiliates in the labor movement and other Left Wing organizations spent something north of $60 million to demonize Newt.

Why Newt? Because he was such a well-known commodity the Dems didn't have to spend a dime introducing him; they could spend every penny making him into the devil.

Newt, at the time, was the equivalent of McDonald's. If you drive past a McDonald's and see the Golden Arches you know everything you need to know about what is available inside that restaurant.

By the time the Democrats were done with Newt, it didn't matter what the issue was. All they had to say was "Newt's in favor of this" and 55% of the population was against it. No matter what "it" was.

The Obama White House is using the same technique against Rush Limbaugh. No surprise. The Chief of Staff at the White House is Rahm Emanuel - he was in the Clinton White House during the anti-Newt era and he saw how effectively it worked.

Now to the Republican National Committee.

Being the chair of a national committee when your party has control of the White House is not much fun. The White House calls all the shots and you can say or do nothing that some 23-year-old hasn't approved.

If you are the chair of one of the national committees when the other team controls the WH, it is - or should be - a great deal of fun. You can, like a child in a T-ball game, put the ball on the T, close your eyes, and swing as hard as you can. There are no policy implications if your party isn't in the White House.

Consider the RNC's position during the immigration debate of 2007. President Bush wanted comprehensive immigration reform and it didn't matter what the leadership of the RNC thought; the RNC was a wholly-owned subsidiary of the WH.

So, now back to the Steele-Limbaugh kerfluffle.

The White House has chosen Rush to be the target du-jour. That is great news for Rush who's listenership is somewhere in the 20-million-people-a-day range.

Remember when the Nixon "enemy's list" was uncovered and CBS' Daniel Shore was on it? He said that if he hadn't been on it he might have sued.

Same with Rush. He couldn't ask for a better Director of Marketing than Barack Obama's press secretary.

This is good news for Rush, but not good news for the chairman of the RNC. If anyone is to be singled out as the enemy of the Administration it should be Michael Steele, not Rush Limbaugh.

Steele, stepping off into a trap which is the size of the Grand Canyon, tumbles in and says, in response to an interviewer's question on CNN, that Rush is "is an entertainer. Rush Limbaugh - his whole thing is entertainment. He has this incendiary - yes, it's ugly."

Let's go Rule 3 of "How to Respond to a Loaded Question." Don't answer it. Answer the question YOU want to answer. In this case chairman Steele should have said something like:

"The issue isn't Rush Limbaugh, the issue is Barack Obama and Nancy Pelosi running us headlong into Socialism.

You should be asking: If the White House Press Secretary is going after a private citizen for disagreeing with Administration policy isn't this something which should frighten the media? To death?"

Instead of the political debate being whether or not Obama is changing the nature of American democracy; Republicans are choosing up sides between Steele and Limbaugh. Who do you think wins this battle?

Michael Steele, as chairman of the RNC wants to be the voice and the face of the Republican Party. That's OK. But what every person who ever attended officer candidate school was taught was: They will salute the insignia on your collar. You have to earn their respect.