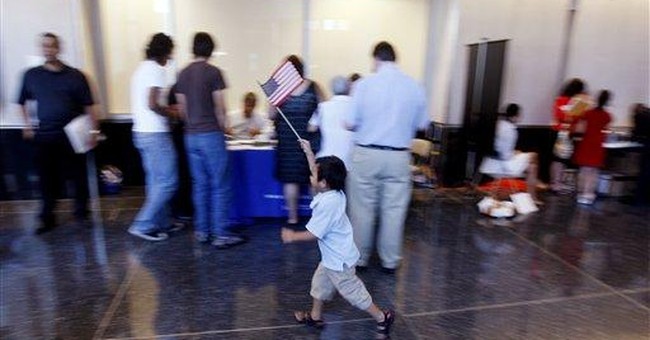 I was lied to by a person representing himself as an AP reporter.

Saturday night, I was sitting in my den at Mullings Central and I got a phone call from a guy named Doug Daniel who said he wrote for the AP. He asked if I had a few minutes to talk about Gov. Sarah Palin's comments earlier that day that Barack Obama "is palling around with terrorists."

I told him what I thought, and he quoted me correctly as saying "There appears to be a newfound sense of confidence in Sarah Palin as a candidate, given her performance the other night. I think that they are comfortable enough with her now that she's got the standing with the electorate to take off after Obama."

The only reason I know this is because I have a "Google Alert" on myself. I used to tell people that I needed to be certain I had been quoted correctly, but now I 'fess up to the fact that I have an ego the size of Wyoming and I like seeing my name in print - or the Internet equivalent of it.

Old Doug also quoted Mull-Pal Jenny Baccus, a huge Obama supporter, as saying: "It's a giant changing of the subject. The problem is the messenger. If you want to start throwing fire bombs, you don't send out the fluffy bunny to do it."

Which is a funny line and is why I love Jenny. Jenny and I disagreed, but it was clear that Daniel was asking us about the tactics of using Palin.

He said that there were "some people" who claimed it was pretty late in the day to launch that kind of an attack.

The "some people" dodge does not work with me and, if it hadn't been Saturday night it would have set off alarm bells because big-time reporters don't resort to that "some people" crap.

I asked "who were the 'some people' who said that?" He said, after a long pause, "Ron Fournier" who happens to be the chief of the Washington bureau of the AP.

The only other person (besides Gov. Palin) quoted in the piece was best Mull-Friend, Joe Gaylord who said:

"The four weeks that are left are an eternity. There's plenty of time in the campaign."

So, the three people quoted were all asked about the tactics and timing of the Palin attack.

Here was the headline on the piece: "Palin's Words Carry Racial Tinge."

Racial Tinge? Where the hell did that come from?

Daniel' second graf was "… her attack was unsubstantiated and carried a racially tinged subtext that John McCain himself may come to regret."

Daniel goes into the Willie Horton and the Swift Boat business from previous campaigns and then writes,

"Most troubling, however, is how allowing racism to creep into the discussion serves McCain's purpose so well."

Daniel is absolutely wrong about that. "Most troubling" is that the Associated Press let some minor, un-skilled, backroom, green-eye-shade editor step onto the main stage and interview people who actually know what they are talking about, and then use their names to legitimize an "analysis" which had absolutely nothing to do with what the political moron had asked us about.

Here's how absolutely clueless this Doug Daniel character is. The last line of his piece says this:

When the 2008 campaign is over McCain might regret appeals such as Palin's perhaps more so if he wins.

What? "perhaps more so if he wins?" Ask John Kerry how much effect he has had on national policy in the past four years.

Serious reporters don't often use the their full names at the top of their stories. Ron Fournier doesn't slug himself as "Ronald." Liz Sidoti's pieces aren't headed "Elizabeth." Dave Espo bills himself as "David" but he's been doing this for 137 years and has earned the right.