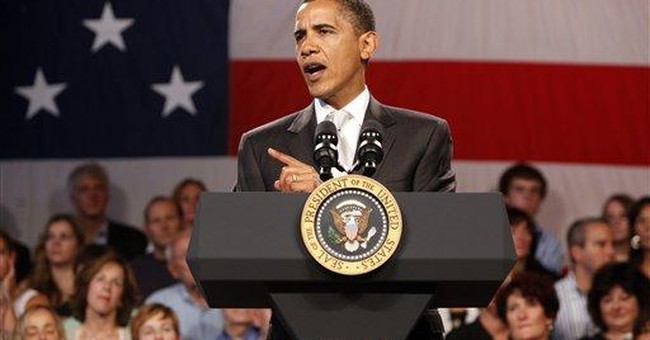 Communications clarity was missing. Answer content was not concise, nor persuasive.

Absent the teleprompter crutch, Mr. Obama is less able to step through prepared message points. Without it, his focus on verbal delivery is diluted; his effectiveness reduced.

Of course, communications effectiveness is always more difficult whenever any person feels the need to be evasive, or less forthcoming, on whatever the topic.

That has been the case with President Obama on health care.

It’s possible that the objective for his press conference was to gain a short-term poll bounce and bend enough incumbents to get the legislation done in a hurry.

Still, the bureaucratic inertia that the President took umbrage with, for failing to solve our health care challenges for more than 40 years, is actually a good thing. Our system helps protect citizens from bad ideas by using the constitutional institutions in government to allow for democratic passions and populist sentiments to run up against gridlock and debate.

But, ‘Obama-hurry’ short-circuits debate – both within the congress and among the public.

If American health care is in crisis, as some purport, real leaders would call for, and promote, more - not less - discussion and debate. Real leaders pursue building broad citizen consensus.

That is not good.

It is bad because Barack Obama is the President of the United States of America.

Which necessitates asking the questions: Is Barack Obama a slow learner? Does the president not get it?

In both cases, I believe, the answer is “No!”

More likely, Mr. Obama is so entrenched in his personal beliefs and, perhaps, self-centeredness, that he is misleading himself, other politicians – and our country – down the wrong path.

Such a broken path could lead to economic ruin.

Such a brokered path will certainly lead to less freedom, and less opportunity, for everyone.

That is not what America’s citizens want.

Over the years, the nips and tucks made to the health care system have largely been encroachments that impinge on the patient-doctor relationship, take decisions away from individuals, and place them in the hands of insurance companies and government regulators.

In each of those instances, the decisions and actions by government were wrong.

It is unfortunate that President Obama’s definition of reform is more of the same – much, much more.

To paraphrase last fall’s campaign slogan, such a path is not “change you can (or should) believe in”.

Now, the chattering classes are ripe with those offering advice to Mr. Obama to move to the middle, as Bill Clinton did after his failed health care grab. If he does move, Obama will likely get what he wants – placing the country on the risky path he seems determined to take us. Then, we can expect to get another evasive political tap dance called a presidential press conference.

Instead, what Americans want, and our country needs, are public servants who practice the direct, clear and concise communications characteristics of real leaders.

If Mr. Obama were to move deliberately and completely to a policy position that maximizes individual freedom, personal choice and health care independence for all citizens, he would transcend partisan politics, special group interests and markers on the ideological spectrum.

As a result, there would be no need to evade any questions, from anyone, at any time.

At the subsequent press conference, the President’s words would flow fluidly, and extemporaneously, because his new policy position would be based on principles… of the American Founding.