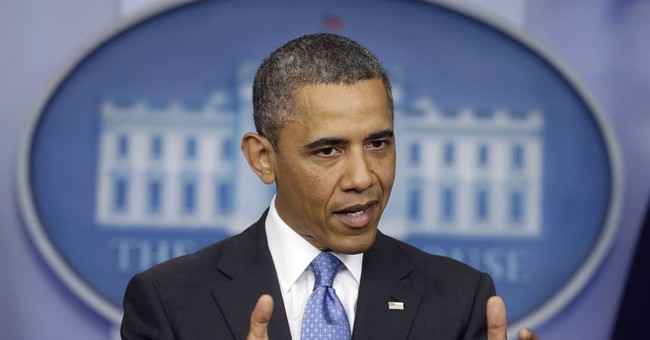 Despite President Obama's repeated overtures about transparency in government, the Obama Administration has been anything but open. From Benghazi to Fast and Furious to the crafting of Obamacare, the public has been left uninformed and unaware of what exactly is going on behind closed doors.

In 2009, Obama promised an "unprecedented level of openness in government." But he certainly hasn't delivered.

And now state governments are taking cues from Obama's secretive federal government. California has passed a law that completely conceals the operations of its new Obamacare insurance exchange from the public eye.

According to the Associated Press, Covered California, the new state health exchange agency, will not be required to disclose its operations to the public. Taxpayers won't have any way of knowing how bureaucrats are spending their money to implement Obamacare.

And we're not talking about pocket change. The AP notes:

“According to agency documents, Covered California plans to spend nearly $458 million on outside vendors by the end of 2014, covering lawyers, consultants, public relations advisers and other functions.”

That's nearly half a billion dollars in taxpayer money, and under the law, the government won't have to tell anybody what they did with that money.

But it's not just spending that will be a secret:

“Other exchange records that are allowed to be kept secret include those that reveal recommendations, research, strategy of the board or its staff, or those that provide instructions, advice or training to employees. Minutes of the board meetings also are exempt from disclosure.”

There's no justification for keeping all these actions secret. The health exchange is supposed to serve the public, and it spends the public's money. Why can't the public know what it's doing? What are they hiding?

Californians should be outraged. And all Americans should be concerned. Obamacare has given the government more power over our lives-and now it's allowing government to keep secrets from us.

If the president truly believes in transparency and openness, he should condemn California's actions and demand that Covered California be completely accountable to the public.

Back in 2010, Nancy Pelosi famously said of Obamacare, "We have to pass the bill so that you can find out what is in it." If it's left to lawmakers in her home state, California residents will never actually find out what's in it.