Our Failing Prisons and Faulty War on Drugs

Rebecca Hagelin
|
Posted: Oct 25, 2018 12:01 AM
Share   Tweet
The opinions expressed by columnists are their own and do not necessarily represent the views of Townhall.com. 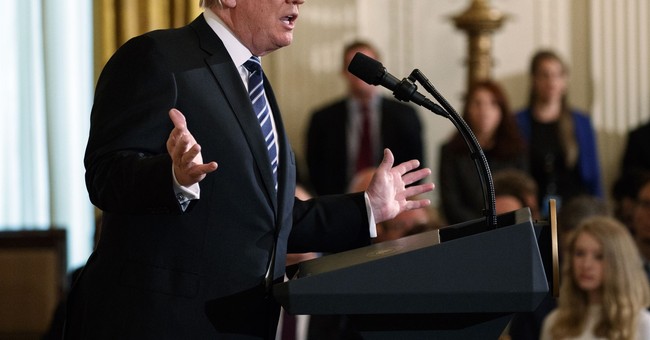 For only a few hours each month, she gets to be a mom.

It’s one of the most heartbreaking things I’ve ever seen: A little girl rushes through the security entrance under the glaring watch of prison guards and runs into the arms of her mother. Both are awash in tears.

I’ll never forget the heart-wrenching scene from my visit to the women’s prison. I sat in silence and for the first time pondered the unintended consequences of lengthy mandatory prison sentences for drug offenses.

Don’t get me wrong: I’m a conservative, and I’m “tough on crime.” I just realize that locking up moms and dads for years for nonviolent drug offenses has an unending ripple effect, doing more damage to society than good.

Under current federal laws, many nonviolent drug offenses have mandatory sentences of two decades. The full scope of the consequences of such lengthy sentences unfolds every day in families across the country. The tiny girl who threw her arms around her mommy is an adult by now, and I often wonder if her mom has returned home yet.

Sadly — incredibly — our federal prison system treats such inmates as the forgotten men and women. In so doing, their children have become forgotten too. With little or no vocational training, drug rehabilitation programs or opportunities to receive education, these inmates eventually return to society estranged from their families and devoid of hope.

The result? Within just three years 40 percent will commit another crime, many falling victim to their untreated addiction, and end up back behind bars. It’s a vicious cycle that wreaks personal and societal havoc in neighborhoods and families across the country.

We must face the fact that our federal prison system is failing our citizens,and come to grips with the reality that the opioid epidemic will not be solved by maintaining the status quo.

Thank God, President Trump is committed to effective prison reform and combatting the drug crisis. Through his leadership and the hard work of Jared Kushner, the prison reform First Step Act passed the House of Representatives in May with overwhelming bipartisan support. This much-needed legislation now contains modest, commonsense sentencing reform initiatives added by crime reduction advocates on the Senate Judiciary Committee.

But the bill is still awaiting a vote in the full Senate.

Based on successful prison and sentencing reform measures in states like Georgia, Texas and others — which now have data to prove such measures reduce crime — it’s time for the Senate to pass the First Step Act.

Some critics of the legislation, rightfully concerned about America’s drug crisis, have been deceived by bureaucrats in the Department of Justice into thinking that a reduction in mandatory sentences hurts efforts to stem drug sales. The reality is that the sidewalk drug peddler is viewed as disposable and is always quickly replaced by the drug kingpins — the same violent thugs that the Justice Department fails to catch and lock up.

In fact, although the Justice Department likes to boast about great success in drug distribution arrests, the ugly truth is that only 14 percent are arrests of major drug traffickers whose tough sentences will not be affected by the First Step legislation. The other 86 percent are small-time nonviolent offenders — many of them addicts — who will be warehoused in prison at huge expense for much of their lives.

My big brother abused drugs for years, abandoned his family, lived in squalor and suffered from mental illness exacerbated by the chemicals that poisoned his brain. I get how horrible drug addiction is, I understand the evil of the illegal drug industry, and I hate it with all of my heart. The putrid trade turned my kind-hearted, intelligent brother into a sad, lonely man who became wracked with illnesses his frail body could not fight.  Jeff died when he was only 54 years old, and I will always mourn him and his wasted life. Sometimes I awake in the night and weep for the brother I loved and lost. Although he was never in federal prison, I know that the answer to reducing drug-related crime is not throwing offenders behind bars for years and years where they are separated from loved ones and void of help and hope.

A “tough on crime” approach that lacks wisdom only perpetuates the crime we all abhor.

Justice demands that the Senate support this critical First Step toward rehabilitating lives and reducing crime.