How President Trump Can Be More Effective

Rebecca Hagelin
|
Posted: Jan 18, 2018 12:01 AM
Share   Tweet
The opinions expressed by columnists are their own and do not necessarily represent the views of Townhall.com. 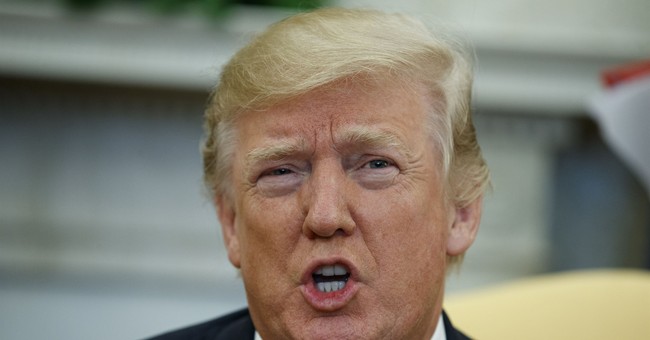 It says a lot about the raunchy state of American culture and about our president when it’s easy to believe that President Trump described entire nations as “sh--holes or “sh__houses”.

Recounts of the exact terms that the president used vary, but no one from either side disputes that he expressed crude sentiments. It is shameful and unwise that the president as a world leader — as our leader — would describe struggling nations and their people in an insulting and hurtful manner.

Of course, many will claim that it is precisely the president’s use of “plain talk” that got him elected; that no one knows how to communicate directly to the people better than Donald Trump; that because he is a Twitter master, he won the hearts of the downtrodden and became the most powerful man in the world.

I get all of that. And I deeply appreciate how the president has taken on the biased mainstream media time and time again.

No doubt I will receive hate mail for being so “petty” as to dare to criticize the president’s language. But those who seek to silence constructive criticism do the president a grave disservice. America needs our president to be the most effective leader possible, and he will never reach his full potential unless he learns to tame his tongue.

Donald Trump is my president, and I appreciate and support much of what he does. Our economy is booming again. Jobs are returning to the U.S. Moms and dads get to keep more of the money they earn from the sweat of their brow. The regulatory noose on business is loosening. Freedom of religion is on the rise. And freedom of speech just might be saved for all of us by the same president who obviously loves to exercise his.

While the president has the “right” to speak however he wishes, someone needs to tell him that it is not always advisable to do so.

It is maddening that Mr. Trump does not understand how difficult he often makes it for people to enthusiastically support him, people who desperately want to do so. Instead, he leaves supporters feeling embarrassed and stammering as they try to defend his latest tawdry remark. It’s all so unnecessary.

The president’s goal should be to multiply his support, not repel good people away bit by bit. Much is at stake: Critical elections are coming up this year, and many of them will be won or lost at the margins. The president and conservative candidates need all the support and help they can get. Does he not understand this?

There are many of us, Mr. President, who want you to succeed as a leader beyond your biggest dreams. But there’s even more to it than the need to be an effective leader: Our sons and daughters are watching.

Mr. President, please help the moms of America as we teach our children how to be respectful. Please stop working against our efforts to bring about more civil discourse. Please understand that girls and boys look to leaders like you for cues on what is and is not acceptable behavior.

The president’s lack of wisdom in choosing language is frequently disturbing. And equally disturbing is the way liberals have chosen to use his foul mouth for their own political gain, with no concern for the harm that their “outing” does to international relations or national unity.

It was wrong for the president to speak about the dreadful living conditions in Haiti and elsewhere in a cold-hearted, derogatory manner. But if the Democrats had been better patriots, they would have kept their complaints about his language private. Instead, they chose to go public and in so doing, intentionally set off an international crisis of sorts.

When the president let loose with whatever he actually said, he forgot that the liberals around the table are not his friends; that they are more interested in their own political power than they are in finding solutions to real problems like illegal immigration and human suffering. He forgot that they are after one thing: his head. And in his misunderstanding of their nature, he inadvertently handed them a loaded gun.

It’s time for the boys that run the country to stop being boys, to think of our nation and our people first, to understand that when you wield tremendous power, you also shoulder tremendous responsibility.

America deserves to have grown-ups in the room, from both parties, who understand that when you gather in a closed-door session to debate important matters, sometimes you have to overlook the dumb remarks that are thrown around in heated discussion. The goal is to move forward with the best of intentions; to return to the bargaining table again and again until you get it right.  It is foolish, irresponsible and self-serving for Sen. Richard Durbin to have run to a reporter like a little child complaining to his mommy about the bad words that Donny said.

Mr. Durbin got what he selfishly wanted all along: another media storm about how crude and ruthless Donald Trump is. The Illinois senator seems to have forgotten all about the people and the need to hammer out a just immigration policy.

The ultimate goal of liberal politicians and their compatriots in the media is to unseat Mr. Trump as president of the United States. In the meantime, they are doing everything in their power to weaken him and our nation, even if that means destroying relations with other countries, even if that means causing racial divides here at home.

The liberals have shown, once again, that they are willing to blow this country apart for political gain, and they will do it any way they can. It’s way past time for the president to stop making it so easy.