Is the American Dream Dead? 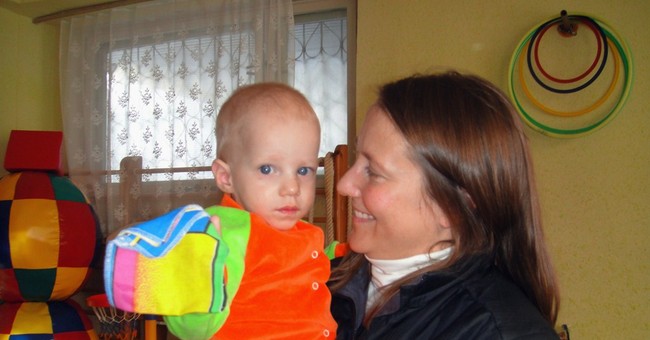 Culture Challenge of the Week: No Future for our Kids?

President Obama recently warned Americans that too many members of our society never climb the ladder to success—they’re defeated before they even begin. When children have no future, it poses “a fundamental threat to the American Dream, our way of life, and what we stand for around the globe.”

He actually got that right.

According to a recent Pew study, “[m]ore than 40 percent of Americans raised in the bottom quintile of the family income ladder remain stuck there as adults.”

It’s a tragedy to see human potential go to waste—young lives with talent, heart, and desire falling by the wayside, stuck in poverty and dysfunction.

The real question is we must ask is “why?”

Liberals like President Obama emphasize the factors that fit the Democrat narrative: income inequality, race segregation, and failing schools are to blame. Certainly those factors place obstacles in a child’s way. But the left ignores the most important factor relevant to a child’s success: an intact family. Our history is full of the stories of Americans who succeeded in spite of being born into poverty, suffering racial discrimination, and enduring sub-standard schools. Their success hinged not on government programs but on the people—the families—behind them.

If poor children are less likely to climb the ladder of success today, it’s because our society has failed to confront the cause: the American family has crumbled, particularly among the urban poor. Hollywood liberals and Manhattan elites glibly promote the secular autonomous lifestyle: serial sexual relationships, single parenthood, and irreligion. High incomes and privilege cushion them from the consequences of their choices. The poor are not so lucky. And the children born into poverty suffer the most.

The latest research shows that family instability produces the strongest correlation with lack of upward mobility.According to a study by researchers at Harvard and Berkeley, “family structure correlates with upward mobility not just at the individual level but also at the community level, perhaps because the stability of the social environment affects children's outcomes more broadly.”

Plainly put: children need strong families made up of a mother and a father. When they grow up in a household lacking one or the other, they do far worse. What’s more, when kids grow up in a neighborhood full of other families that lack two parents, the child’s prospects suffer. Just as divorce is contagious, the harmful effects of family instability are ‘contagious’ within the wider community as well.

The positive take-away, according to W. Bradford Wilcoxof the National Marriage Project, is that, “[I]t looks like a married village is more likely to raise the economic prospects of a poor child.”

How to Save Your Family: Keep It Together

The divorce culture in which we live is a major contributor to the problem, but it’s only a portion of the complete picture. The divorce rate among better-educated Americans has actually fallen, while the rate of cohabitation and divorce among lower income Americans has sky rocketed. And the culture of free and easy sex, with little commitment, meaning, or regard for consequences has been a devastating contributor to the formation of unstable families as well as subsequent family breakdown.

Even so, there’s much we can do to build a strong marriage culture within our own circles and family networks. Each of us has a role to play in strengthening the American family. Nurture your our own marital relationships in common sense ways, making time for each other and practicing the small daily kindnesses that touch hearts and lighten burdens. Seek counseling and spiritual support if your relationship is struggling. (In my experience, couples may pursue ‘professional’ help but neglect to ask friends and family for the prayers and spiritual guidance they need.) By all means, if you need outside help get it - start with great resources likeMyFamilyTalk.com and FamilyLIfe.com. And, take a few minutes to visitMarriageSavers.org to find out how you can help strengthen marriages in your entire community with proven methods that work.

If your marriage has weathered the test of time, consider becoming a marriage mentor. Young couples need the witness and wisdom of more experienced couples who can encourage and guide them towards a fulfilling, lasting relationship.

Finally, help foster a culture of sexual integrity among young people, through churches, after-school groups, and community outreach. We know that habitual sexual license produces poor soil for growing a lasting and fulfilling relationship. Mom and dads, not come-and-go “partners,” make the difference in a child’s future. For great materials and support in this effort, visit Abstinence.net, the site of the Abstinence Clearinghouse, an effective and dynamic organization with proven results.

This is America, where every child deserves a chance, and every child’s “chance” depends on family.