Cultural Challenge of the Week: Parents on the Sidelines 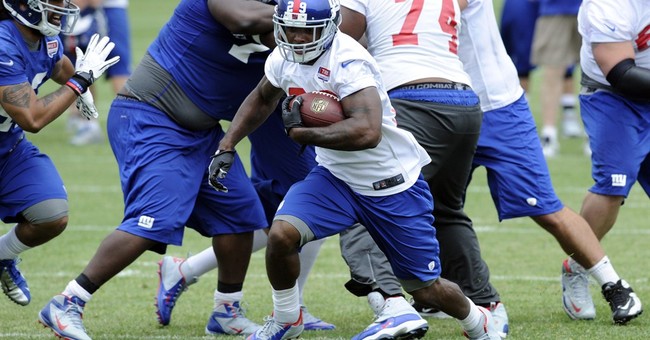 Nearly 60% of children participate in organized youth sports. No surprise. Sports are an excellent way to strengthen a child’s character, fitness, and confidence. And when almost 20% of children are obese, not merely overweight, it’s no surprise that parents turn to competitive sports to keep their children moving and healthy.

But what happens when things become toxic on the sidelines?

The sports options for children are year round. As swim teams wrap up their seasons, the basketball courts, ice rinks, and ball fields overflow with children — tots to teens — honing their skills for the upcoming seasons.

Parents invest a lot in sports these days.

Some see their child’s talent as a reduced-price ticket to college down the road. Or they bank on their child’s excellence in sports (or in arts, dance, or music for that matter) as the surefire way to stand out on college applications. Others count on sports to ensure their child’s peer acceptance or to provide a network of neighborhood friends. Parents also may value the enjoyment, discipline, and camaraderie a child experiences as part of a team. And they may hope to instill a lifelong love of fitness and healthy habits in their child. Those are all good things.

Even well-motivated parents, however, may discover that their investment in their child’s sports has become an outsize stake in a child’s “success” instead of well-balanced support for a child’s healthy development.

Everyone sees the problem with "football dads" who throw punches. But sometimes it’s less easy to recognize the subtler signs of our own misplaced parental priorities.

Athletic parents may pressure a child to “be the best” instead of "giving their best," or to continue the parent’s stellar athletic legacy. Non-athletic parents may push their children to become more athletic than they themselves were, hoping to fit their child into a "better" box. Over-protective or over-competitive parents sometimes become zealous rule-monitors, complaining about the ref, the coaches, or other competitors. Other parents may "coach" from the bleachers, loudly and insistently, creating internal conflicts for their child. (Should the child listen to dad, mom, or the coach?)

Parents-out-of-balance drain the fun out of children’s sports — and embarrass the kids to boot.

How to Save Your Family: Model and Teach Sportsmanship

Parents, don’t let your sense of competition outshine your child’s. Make sure your child notices you in the stands only because you are cheering loudly for whole team, as well as for your child.

Like it or not, you are a model of sportsmanship for your child and his or her teammates. The only question is whether you are a model of good sportsmanship or bad. The father of Venus and Serena Williams, for example, pushed his daughters from childhood to become the best tennis players in the world. He forgot one thing, though. In his zeal to create champions, he left out sportsmanship. Learning from their father’s example, these young ladies were high school horrors on the court, refusing to shake opponents’ hands when they lost, throwing their racquets to the ground, and stomping off the clay over contested calls. They have grown up since then, but flashes of the spoiled adolescent still appear at times in the champion’s garb.

Let’s do better. Try these tips for building good sportsmanship:

· Leave the on-field sports instruction to the coach. Don’t undermine the coach’s authority, even if the coach is inexperienced. Lend a helping hand if you have expertise to offer, but let the coach make the call.

· Model respect for the coach and players — no insults, name-calling, or ridicule, no matter how inept or unskilled a person might be. Let your child know that it’s unacceptable for them to berate a fellow player over a missed ball or poor play.

· Don’t make excuses for your child’s mistakes, but don’t dwell on them either. Mistakes and blown plays are part of the game — no one is perfect. But mistakes also shape character, if we handle them right. Teach your child to own up to a mistake (“My bad”), and put it behind them. I remember hearing a college coach say that a player’s mistake on the field would not ruin his scholarship chances as much as a lost temper or poor sportsmanship would.

· Support your child with encouragement, practical assistance (be the mom who steps up and brings a post-game snack), and a listening ear. Kids enjoy having their parents at their games when the parents’ primary focus is supportive. Your child wants to do his or her best, especially with you in the audience. Make your child proud to have you there!

Adolescents often don t-shirts that proclaim, “football is life,” or “soccer is life.” Nonsense. Give your child perspective: sports are but one aspect of a well-rounded life. The real measure of success in life is how hard we try, how generously we serve, and how well we love — both on and off the field.