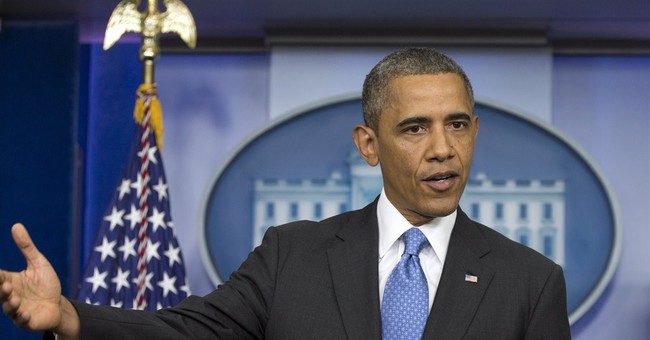 “Trayvon Martin could have been me 35 years ago…if a white male teen was involved in the same kind of scenario…both the outcome and the aftermath might have been different.”

With those words, President Obama once again stepped into the role of Racial Divider-in-Chief. After days of pressure from black activists to “express the anger and frustration of their community,” Obama made an unannounced press appearance at the White House late last week to discuss the Trayvon Martin case.

Martin, in case you are Rip Van Winkle awakening from a hundred-year nap, was the unarmed Florida teen-ager shot to death after a confrontation with neighborhood-watch volunteer George Zimmerman. Charged with second-degree murder, Zimmerman was acquitted on self-defense after evidence showed a violent struggle between the two men.

But the Zimmerman ‘trial’ is not over: the Martins will forever mourn the loss of their son and racial agitators have threatened Zimmerman and his family with death.

The jury’s verdict doesn’t minimize Trayvon’s death. But it does reflect a decisive factual judgment: the tragedy arose from mistakes, assumptions, and fear, on both sides, rather than murderous intent or racial bias. (In spite of Obama’s suggestion that, had Trayvon been white, the case would have had a different outcome, no evidence was presented to suggest that racial bias motivated Zimmerman. He consistently defended African-Americans in his own community.)

As President of all Americans, Obama’s role is to help heal the nation, not divide it. His comments began with a nod to our jury system: “The judge conducted the trial in a professional manner. The prosecution and the defense made their arguments. The juries were properly instructed that in a -- in a case such as this, reasonable doubt was relevant, and they rendered a verdict. And once the jury’s spoken, that’s how our system works.”

But then Obama quickly took sides. Saying he needed to address “context” and “how people are feeling,” Obama stoked racial antagonism and validated the notion that racial bias created an unjust result. He addressed only one side of the painful aftermath: the anger of African-Americans. And instead of supporting the jury verdict and correcting the erroneous perception that racism was to blame, Obama identified with the aggrieved protestors.

Where, however, was Obama’s empathy for the suffering of all parties to the case, not just the anger felt by some African-Americans? Does anyone seriously think Zimmerman will not be haunted by that night for the rest of his life? That his family can look forward to a return to peaceful, normal life? Why didn’t Obama rebuke the racial vigilantes, who have threatened not only Zimmerman but also his family, lawyers and the jurors in the case? Obama’s only caution against racial violence (erupting in some cities, mostly thanks to opportunistic hooligans and paid protestors) was a meek reminder that “violence…dishonors what happened to Trayvon Martin and his family.”

Where is the call for all Americans to respect the property and lives of others? Is it somehow OK for racial agitators who “feel” upset to take out their anger on innocent bystanders and shopkeepers—of all races? Doesn’t random mob violence, not to mention specific threats to an acquitted defendant and the jurors, dishonor our American system of laws?

How to Save Your Family: Compassion, Character, and the Rule of Law

Perhaps Obama hoped to project compassion for Trayvon’s family, who remain anguished over the loss of their son. (The New York Times reported that the Martin family was gratified that “President Obama sees himself in Trayvon and identifies with him…This is a beautiful tribute to our boy.”) Certainly we all share in that compassion.

But Obama’s raft of ‘solutions,’ from eliminating racial profiling to repealing stand-your-ground laws (irrelevant in this case), do more to affirm the perception of justice denied than justice delivered. The reality is this: respect for the rule of law is our mutual safeguard, no matter what race we are.

The real solution to racial tensions begins in our own hearts. President Obama closed his remarks by urging Americans to be “a little bit more honest, and at least you ask yourself your own questions about, am I wringing as much bias out of myself as I can; am I judging people, as much as I can, based on not the color of their skin but the content of their character?”

On that, Mr. President, we agree.