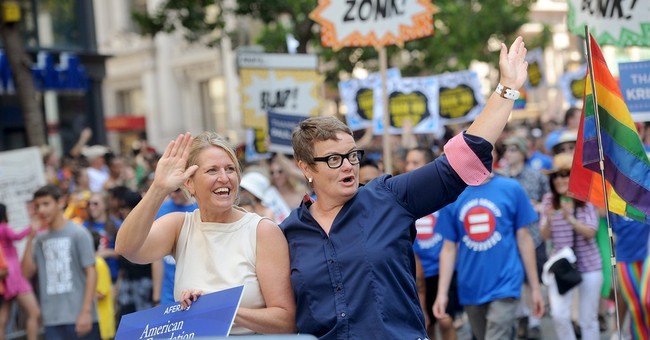 Last week’s Supreme Court’s decisions on marriage were truly outrageous, but the damage done is largely our own fault.

Let’s be clear, first, on what the Court did. The “Supremes” struck down the Defense of Marriage Act (DOMA) and refused to hear the appeal of California’s Proposition 8 for lack of standing, thus giving federal marriage benefits to married same-sex couples in states where gay marriage is legal. These decisions, in the words of dissenting Justice Antonin Scalia, were “jaw-dropping.” They put the Supreme Court in the role of supreme moralizer, free to disregard the Constitution and the will of the American people.

The decisions themselves were a victory for liberal messaging and political manipulation. San Francisco Mayor Ed Lee, for example, framed the Court’s rulings in the language of “love” and “equality,” saying “Gosh, it feels good to have love triumph over ignorance, equality triumph over discrimination." (Got that? If you support marriage as the union of a man and woman, you’re either ignorant or discriminatory.)

Justice Kennedy’s majority opinion intentionally demonized Americans who support traditional marriage. He drew the absurd conclusion that defining marriage as the union of a man and woman "must be intended" to “inflict an "injury and indignity" on gay couples so severe that it denies "an essential part of the liberty protected by the Fifth Amendment.” In other words, the majority of the Supreme Court has contemptuously slapped the “bigot” label on all believers in traditional marriage. (As if it were plausible that human beings were unrepentant bigots, everywhere, for thousands of years, until progressives led us out of darkness at the start of the new millennium.)

So where does this leave us?

While the decision may be infuriating, it doesn’t change the truth.

As Richard Land, President of the Southern Evangelical Seminary reminds us, “God created marriage and He has defined its parameters, regardless of what the majority of Supreme Court justices might think.” Put differently, Agudath Israel, a national Orthodox Jewish organization, observed that although “society’s mores may shift and crumble...eternal verities exist. One is marriage, the union of a man and a woman. Its sanctity may have been grievously insulted by the High Court today, but that sanctity remains untouched.”

We who embrace the truth about marriage must do some serious soul-searching in the wake of these decisions. The legal battles will continue and the public debates will rage -- and we must seek to win on these fronts.

But we must own the reality that all of us helped pave the way for these decisions by our own failure to hold up heterosexual marriage as something to be desired and preserved.

That failure began in our own homes or families, when we stayed silent as couples fled the hard work of marriage in droves. That failure took root in our children’s hearts and neighborhoods, as they saw us criticize spouses, give in to the temptation to cheat, and treat each other badly. Did we shrug our shoulders at couples or grown children who shunned marriage in favor of living together, conveying the impression that marriage doesn’t really matter?

Make no mistake -- the coming months will batter and bruise those of us who believe in traditional marriage. But our mission and our strength will be to lean on the truth and to live it more authentically.

That means we must be outspoken in our support for troubled married couples, encouraging them to seek counseling well before the point of no return. We must encourage pastors to step up to the plate and prioritize marriage-strengthening ministries within their congregations. Those of us blessed with good marriages must make time to mentor young couples -- engaged, newlyweds, and young parents -- and share the wisdom we’ve gained about long-haul loving. We must talk to our children, youth groups, and students about the beauty of God's design for marriage.

Marriage -- the real thing -- is a beautiful blessing from God. But we must live it, breathe it, and teach it with a renewed fervor. Our future depends on it, no matter what the Supreme Court says.