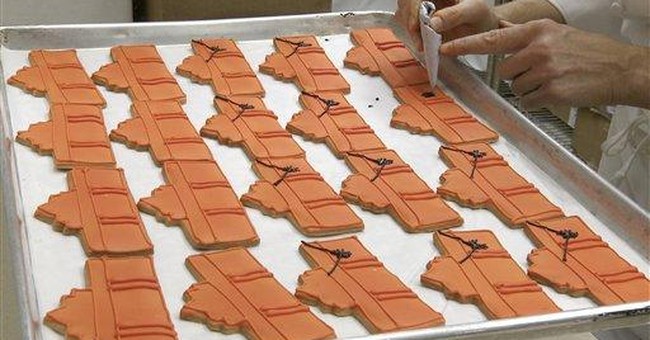 Halloween is around the corner, so you’re expecting a steady train of ghosts, Hollywood heroes, and princesses to knock on your door.

Well, brace yourself. Princesses look different these days. The pre-teen and teenage girls who show up are likely to be wearing trampy costumes that say “s-e-x,” rather than “trick or treat.” We all know that girls are being sexualized by the culture at younger and younger ages in their daily wear. But Halloween costumes have taken things to a new low, making our little girls into sex objects even midst what is supposed to be an evening of childhood fun. The sad reality is that we live in a pop culture that is obsessed with trying to make our boys and girls think about sex all the time.

Lots of parents have issues with Halloween for religious reasons – their consciences don’t allow them to feel comfortable celebrating what they see has a night paying homage to evil. Many have opted to let their children participate in the innocent and fun act of trick or treating by setting rules that they can’t dress in costumes that glorify mutilation and death. Now they’ve got to look out for the hyper-sexualized costumes too.

Take for example, the difference in “fairy princess” costumes at a usually family-friendly retailer like Target. Many versions like a cross between a ballerina in a tutu and a 70’s era cocktail waitress. It seems as if they are trying to create a parade of children dressed up to sexually attract males. Just who they are supposed to entice is not clear: 14-year-old boys carrying bags of candy? 35-year-old dads who answer the door? The pedophile down the street?

At online costume websites or party stores, the choices are even worse. The “top costumes” for tween girls on one popular costume website showed a slew of vampy options, including the highly offensive “teen girls prisoner costume” as seen on a young model wearing thigh-high boots and 6 inch heels, and showing lots of flesh under her prison-striped mini-dress.

So what are parents to do when their 12 year old decides she’s not too old for Halloween after all, and wants to dress up like all her friends? Or when your 14-year old son plans to tour the neighborhood with a band of skimpily-dressed girls masquerading as sexually available adults?

How To Save Your Family By Protecting Your Children’s Modesty

Our daughters need to understand that what we wear, even as a costume, says volumes about who we are and what we think of ourselves. When our young girls are encouraged to put their bodies on display, in sexually precocious ways—even as a “joke” or a masquerade—they are reduced to objects. Tell your daughters that God created them to be respected as people created in His image; persons whose bodies are as precious to him as their souls. Let them know that you love and respect them too much to allow them to cheapen themselves – even for one night.

Have courage and talk about costume choices with the parents of your children’s friends, so that everyone is on the same page. If you are the parent of a young man, don’t hesitate to talk with the parents of the girls he may be going out with for Halloween. Modesty protects the hearts and minds of both young men and young women.

Finally, provide alternative entertainment. Many local churches host Fall Festivals and events that are teenagers specific, or where they are invited to help host parties for the younger children. And most of them have costume guidelines.

It’s time to slam the door on the marketers of sleaze and give the night back to our children.