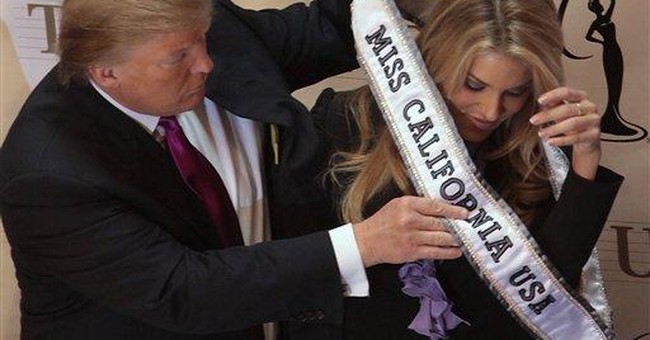 Carrie Prejean is, in many ways, representative of today's young women.

Her generation is "star struck", into all-things Hollywood, and programmed to use their bodies and sexual power to get ahead.

In other ways, Carrie is remarkably different from her peers: She is "coming of age" in front of the entire world, with an army of enemies determined to seize upon her every error in order to destroy her. Young, beautiful "stars" are not allowed to challenge the status-quo and speak their own minds. If you want the fame and fortune that Tinseltown offers, you must play their game. Or else.

Carrie's book, "Still Standing" reveals a courageous woman whose Christian faith is still in its infancy. She was thrust into the national spotlight and all too quickly became a heroine for those who are sick and tired of Hollywood and the thought police. Unable to yet see the disconnect between her desire to be a "Victoria's Secret Angel" and the biblical morality she professes, Carrie is painfully discovering truth as she goes. Eager to support a young woman so viciously attacked, many supporters also missed the disparity between the sexy image Carrie loves to be and the virtuous woman she seems to want to become. As Carrie matures and becomes more sensitive to which behaviors reflect her faith and which ones tarnish it, she is learning the difference under glaring lights, scowling faces and an unforgiving media.

I wrote about a nation of "Carries" in my book, "30 Ways in 30 Days to Save Your Family" long before this Carrie became a household name. Today's young women are so immersed in a sexual media culture that they don't see the tragic consequences that come when they confuse Hollywood's lies with real life. In fact, national surveys reveal that some 20 percent of teenagers have sent nude or semi-nude photos or videos over their cell phones. The personal pages of MySpace and Facebook are filled with images of young girls and guys in compromising situations. Young women, in particular, think that the sexier their sites, the better. Why on earth are they eager to post x-rated images? Three reasons: 1) They are simply copying the explicit media they see all around them, 2) They have no sense of personal modesty or decency, 3) They mistakenly view their sites and communications as personal diaries, of sorts.

As Carrie Prejean continues to suffer, "grow up", fall and stand back up in front of the entire world, parents should discuss with our own children the many truths that Carrie's drama reveals. Among them: 1) If you dare to challenge what is "politically correct", you will become a target. 2) In today's high-tech world, "Be sure, your sins will find you out." 3) If your life is marked by modesty, honesty, and decency, your enemies' attacks will be far less effective.

Carrie Prejean is still young enough to recover from her deep wounds - both the self-inflicted ones and those caused by her hateful enemies. My prayer is that she will remain courageous, and will be humble and wise enough to use her mistakes to help awaken her generation to the pernicious lies of the pop culture. I also pray that God will send Carrie a mentor who truly cares for her and can help her grow into the mighty woman she has proved many times over that she is capable of becoming.

We must do everything in our power to build our own daughters into women of inner strength, virtue, beauty and modesty so that they too can stand up for what is right; and so that when they do, they will be fully equipped to win.