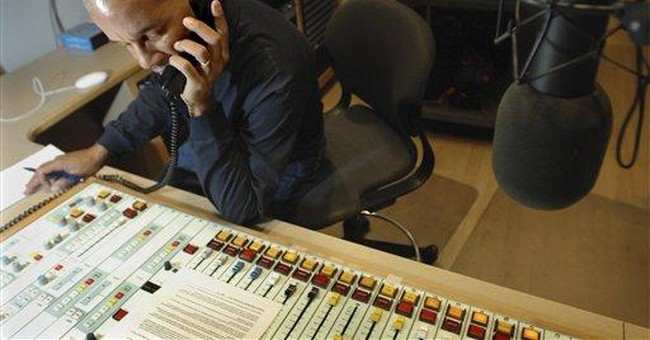 Recently I saw a MasterCard commercial in which a pre-teen son arrogantly "teaches" the father environmental lessons while grocery shopping. Right after the son shows dad the silly Earth-preserving "importance" of buying a reusable grocery bag, the tagline appears: "Helping dad become a better man? Priceless."

Such subtle messages about the supremacy of children over their dads are now common. Turn on the television and watch just about any channel for one evening and a particularly disgusting pattern begins to emerge: the "dad" is often portrayed as wimpy, ignorant and doltish. Everyone is smarter and more mature. Nearly everyone else is also more attractive and physically fit. You would think that all fathers have actually become Homer Simpson.

The unmistakable message behind such carefully crafted ads and images is that dads are disposable -- they don't really contribute much to the family other than being the brunt of jokes. In a time when many homes are marked by absentee fathers, the last thing we need to be beating up on fatherhood in general.

Yet, "dad" seems to be the only person in modern society who it is acceptable to belittle. To what extent does such treatment pervert our son's developing attitudes about the men they are expected to become? And why would we teach our daughters that there's no real hope or need to marry a strong, reliable man of character? Timeless messages about the wisdom of fathers in shows like "Father Knows Best" have disappeared. They just aren't "politically correct."

As a wife and mother of two young men who are being raised in an anti-male culture that spews the mantra of radical feminism, I'd like to say a few words to America's dads: We need you.

Loving fathers are critical to the development of children. And the truth is that every woman is a better person when she has a good man to rely on.

Dads are not an "optional" family accessory to be tossed in the corner like dirty socks or trampled on like a door mat. We should reject the attitudes of both women who treat them that way and of any man who has bought the lie and started assuming the loser role. And we need to let our boys know that one of the greatest contributions they can make as adults is to be strong fathers who are committed to their families.

Social science data proves that loving fathers provide a vital dose of security and stability to their children and wives. When fathers are absent, children and moms suffer. For example, teenage pregnancy rates are up to eight times higher in girls who lack a dad's presence in early childhood. Children with engaged dads are half as likely to experience depression and only 25 percent as likely to drop out of school as children without dads. Single-parent mothering is the single greatest cause of childhood poverty.

A great gift to affirm the man in your life is the new book, "The Kind of Man Every Man Should Be: Taking a Stand for True Masculinity." Author Kevin McCullough brilliantly explains the high value that God places on fathers. Through chapters like "Behave with Dignity," "Act with Clarity" and "Love with Generosity," McCullough equips fathers to lead in spite of a culture that tells them not to. One of my favorite chapters is, "So Open the Door for Her Anyway." (Please do, gentlemen. Most women secretly love it!)

To good husbands and dads everywhere, thank you for what you contribute to your families and to society. And to wives and mothers, let's make sure we affirm the men in our lives and teach our children to respect them too. A good man is a priceless blessing from God. Let's remember to treat them like the treasures they are.