No Visa for a Kidnapper-Diplomat Implicated in Assassination 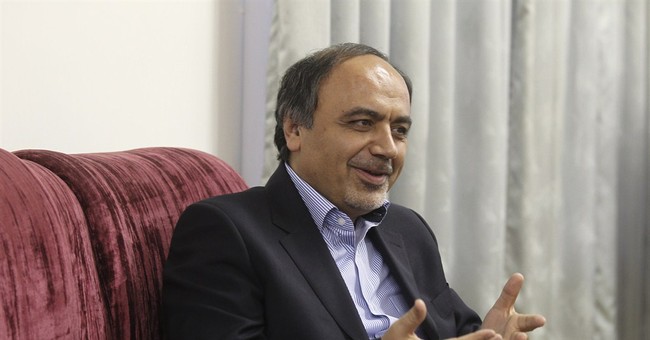 A kidnapper-diplomat is an oxymoron—words with contradictory meanings, In this case, the terms suggest that an ambassador has operated outside the rules of diplomacy. Now tack on evidence that he is linked to an assassination of another envoy; then surely there are grounds for his exclusion from the United States.

Iran nominated Hamid Aboutalebi to be Ambassador to the UN, but Washington refused to issue a visa. The Committee on Relations with the Host Country refrained from making a recommendation to the General Assembly, and the case remains on the Committee agenda.

On April 18, 2014, President Barack Obama signed into law a bill that both houses of Congress had passed unanimously. It would allow him to ban an Iranian diplomat from entering the United States to be Ambassador of Iran to the United Nations, and the President elected to do so.

The idea that a UN member state has unlimited right to name anyone it wishes as envoy to the UN stems from a narrow interpretation of the Agreement between the UN and the United States of June 26, 1947. The UN headquarters agreement grants the United States authority to retain full control over entry of persons into U.S. territory.

Only if diplomats are acting in official capacities can they take advantage of the Convention on the Privileges and Immunities of the United Nations. If a diplomat has participated in hostage-taking, this envoy has a record of acting outside official duties and may portend future unacceptable behavior.

Diplomat Linked to an Assassination

In addition to kidnapping, there is evidence linking an assassination plot of Iranian dissidents to Iran’s diplomats in Italy. An article in the New York Times of March 18, 1993, states that, “United States analysts said they had little doubt that Teheran ordered the assassination of…[Mohammad-Hossein Naghdi, the representative of the National Council of Resistance of Iran (NCRI) in Italy, on March 16,1993].”

I have reviewed documents of the investigation by the Italian Police, based on eye-witness accounts of the role played by Aboutalebi in planning and implementation of the assassination of Naghdi: “Rome Police Special Operations Group,” 15 January 2003, 32 pp; and “Special Operations Group Police Department, Rome, Murder of Mohamed Hossein Naghdi,” 31 July 2003, 13 pp.

The Daily Telegraph studied these documents and stated, “An Iranian diplomat that America is refusing to accept as Tehran’s next ambassador to the United Nations was implicated in the death of an Iranian dissident in Rome in the 1990s, court documents obtained by The Daily Telegraph reveal.” Moreover, The London newspaper asked the Iran’s foreign ministry for a response but to no avail.

The first document states, “The [assassination] team had a direct connection with the [former] diplomatic representative in Italy, and in particular with Ambassador Aboutalebi.” The Second states, “Aboutalebi and Naghdi had known each other since the 1979 revolution,” which is why Aboutalebi led the team.

Until defecting in 1981, Naghdi had been chargé d’affaires in Rome and Tehran’s highest-ranking diplomat in Italy before Aboutalebi, who had been Iran’s ambassador in Rome from 1988 to 1992.

Based on such reports in 2003 Aboutalebi was temporarily banned from entering the Schengen Area, as a recognized crime suspect. The Government of Senegal declared him an undesirable element and forced him to leave while Aboutalebi was a part of the Iranian delegation.

Having a record of taking part in kidnapping of American diplomats during the 1979 Revolution in Iran is evidence that Aboutalebi is a national security threat to the United States in 2014—grounds for not issuing a visa, as stated in the legislation signed by President Obama.

Add evidence from reports of the Italian Police that Aboutalebi coordinated terrorist activities in a State where he had been performing official duties, and he is a threat to international security.

Just as American analysts identified an Iranian hit team in the Italian assassination, the April 30 release of the Department of State Country Reports on Terrorism 2013 highlighted “a resurgence of activity by Iran’s Islamic Revolutionary Guard[s] Corps’ Qods Force [QF].” Operatives of QF coordinated attacks against Iranian dissidents in Camp Liberty, Iraq. As Washington stood firm in the Aboutalebi case, it needs to use diplomatic pressure on Baghdad to safeguard the Iranian dissidents whom America promised to protect.