In Defending Human Rights and Free Choice, We Must All Stand Together

Rama Yade
|
Posted: Jul 08, 2020 9:56 AM
Share   Tweet
The opinions expressed by columnists are their own and do not necessarily represent the views of Townhall.com. 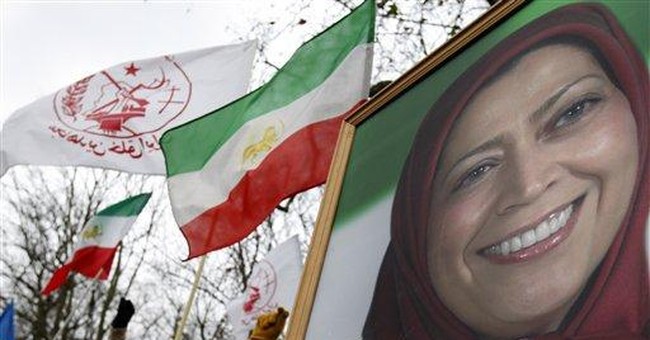 I have been thoroughly impressed and emotionally touched by the Iranian people's 40-year struggle against a brutal regime that has denied them of their most fundamental rights. When we usually speak of Iran, we see only a theocratic regime, and not always the brave fighters who are struggling against it.

Yet the most under-told story of Iran has been four decades of fighting for democracy, freedom, and equality, which has come at a great cost and with many heroic sacrifices, especially by women.

One does not need to be Iranian to appreciate the Iranian people's immense sacrifices in their fight for freedom. The humanity we share is enough to be overwhelmed.

And, in the past, the regime has killed 120,000 people for their support for the MEK, including 30,000 political prisoners in 1988 alone. Many more have been imprisoned, tortured, or disappeared.

It all started 40 years ago on June 20, 1981. On that solemn day, the Resistance rose up from the ashes, and since then has been marching ahead, braving threats and religious decrees, intimidation and misinformation, but also western cowardice, the latest of which was in the form of the nuclear agreement, which has had no results.

Amazingly, these huge, powerful obstacles have only strengthened the MEK.

What the regime fears is that the MEK has been able to advance the principle of gender equality. The MEK puts women at the heart of its resistance because it knows what women have brought to Iran. And that Iran would not have been the great civilization that it once was without the active participation of women.

Anthropologist Margaret Mead once said: "Never doubt that a small group of conscious and committed individuals can change the world. That's how it's always happened."

There is no doubt that the MEK's perseverance will one day pay off. This is because they see themselves belonging to Iran first before belonging to themselves; they cannot sleep peacefully until justice is served for the victims; and they will continue to fight until Iran is delivered a brighter future.

But such a righteous commitment cannot be limited to the MEK alone; it is only fully realizable by all of us. That is why the Iranian Resistance, led by a Muslim woman of outstanding character, enormous commitment, and unflinching resolve, Maryam Rajavi, needs us in the West, not so much in terms of our material support, but to remind ourselves that Europe’s core values, i.e., human rights, freedom, and democracy, make it an imperative for us to change course and stand with the Iranian people.

Such a commitment to human rights, freedom, and democracy is an act of faith in the human will. When it comes to tyranny and deprivation of the human will and free choice, we must all stay together, yesterday, today, and tomorrow.