Rising Above the Victim Mentality

Rainer Zitelmann
|
Posted: Jul 25, 2021 12:01 AM
Share   Tweet
The opinions expressed by columnists are their own and do not necessarily represent the views of Townhall.com. 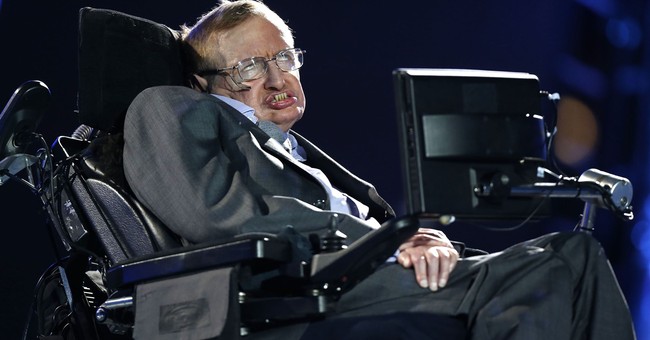 Just take a second or two to think about successful people with disabilities. How many names from the fields of politics, sports, music, business, science or from movies – dead or alive – come to mind? It’s an interesting question and I was curious to find out what would happen when the American public are asked whether they can name any successful people with disabilities, so I commissioned Ipsos MORI to conduct a representative survey in February 2021. The survey’s respondents were asked to name up to three people.

The survey found that 51 percent of Americans could not name a single successful person with a disability, 21 percent could think of only one person, and just 28 percent were able to come up with two or more names. Stephen Hawking was mentioned most frequently, followed by Michael J. Fox, Stevie Wonder, Franklin D. Roosevelt and Helen Keller.

Successful people with disabilities can be great role models for everyone. We know from psychological research that unsuccessful people tend to see themselves as victims of external circumstances, while successful people regard themselves as shapers of their own destinies. In this context, psychologists speak of people having an “external” or “internal” locus of control. Today, it has become fashionable for people to adopt a victim mentality (which, of course, does not mean that there really are more and more victims than ever before). Identity politics, which reduces people to group characteristics, is almost entirely based on the glorification of victim status.

Proponents of identity politics want to see themselves – or those they claim to represent – first and foremost as members of a group, preferably a discriminated minority. They believe that the basis of an individual’s identity is their membership of a “disadvantaged” group. No individual’s personal situation, they assert, can be improved through individually striving for achievement, but through fighting at a political level to secure rights, or even preferential rights, for their own collective. The supposedly discriminated “we” is placed front and center of thought and action: Politics is all about improving life for the group, which will, in turn, improve my own life, if I can be counted as a member of the group.

I have met, researched and written a book about successful people with disabilities for whom exactly the opposite is true. None of the people I profile in my book has ever wanted to be perceived primarily in terms of their disabilities. After her sporting victories, the nearly completely blind runner and Olympic athlete Marla Runyan was disappointed because the journalists who interviewed her all wanted to talk about her blindness – rather than her successes on the track. Felix Klieser, a young man from Germany, is widely regarded as one of the best hornists in the world. He was born without arms. Like all successful people, Klieser sees himself as a shaper of his own destiny rather than a victim of adverse circumstances. “Of course, I could have wasted my energy on feeling sorry for myself and telling the world how mean everything is,” he told me, “But anyone who has ever done that quickly realizes that it doesn’t achieve anything.”

I spoke with the gallery owner Johann König, one of Germany’s most successful art dealers, who also has a superb international reputation. He was almost totally blind when he opened his first gallery. Today, after a total of about 30 operations, he can see between 30 and 40 percent again. König has understood how to turn a disadvantage – his visual impairment – into an advantage. “Paradoxically,” he writes in his book The Blind Gallerist, “my disability was probably key to my success.” His blindness, like a drug, intensified his inner concentration and heightened his perception, helping him to “develop a distinctly personal idea of what makes good art.”

Stephen Hawking is, according to a survey in the United States, the most famous “successful person with a disability.” In his autobiography, he writes: “I haven’t had to lecture or teach undergraduates, and I haven’t had to sit in on tedious and time-consuming committees. So I have been able to devote myself completely to research.” In his opinion, people with disabilities should “concentrate on things that their handicap doesn’t prevent them from doing and not regret those they can’t do.”

I was particularly impressed by the American mountaineer Erik Weihenmayer, who became the first blind person to climb Mount Everest 20 years ago. He is also one of the very few people to have climbed the Seven Summits, the seven highest peaks on each of the seven continents. In the conversation I had with him about my book, he confessed to me, “I spent like 15 minutes just every day, envisioning myself standing on the summit – to the point where I’d hear the snow crunching under my crampons. I’d hear the slacks, I’d feel the sky, just feel the cold, and I’d feel the hearts of my teammates, I’d feel the tears, I’d literally start tearing up because I was there. So, yeah, no, I think that’s what you’re talking about. And, when I summitted Everest, I had summitted it 100 times in my mind already. So, I think that kind of belief system and that kind of programming it into your subconscious is hugely important so that you can truly be there.”

Weihenmayer campaigns for other people with disabilities. In doing so, his efforts are not primarily directed at political rights and quotas; he doesn’t fire off accusations against society as a whole. Rather, he focuses on empowering other people to take their fate into their own hands and to show them what they can do. Weihenmayer founded the No Barriers organization, which helps people with disabilities push themselves to the limit and beyond. The organization’s motto is “What’s within you is stronger than what’s in your way.” Three years after conquering Mount Everest, he climbed a mountain near the world’s highest peak with six children from a school for the blind in Lhasa. There is even a film, Blindsight, documenting this adventure, which is well worth seeing.

In principle, your attitude is a question of individualism versus collectivism. Proponents of identity politics always speak of “we.” They accuse the majority in society of discriminating against minorities and robbing them of opportunities in life. The successful people with disabilities I talked to, or whose biographies I analyzed, do not accuse anyone else. Not even when they have faced massive problems.

Contrast this with the philosophy of ‘identity politicians’ who tell people, “You are a victim of circumstances, and you have no chance to live a better life within these structures – so join us and fight against these structures.” Labelling people as victims makes them helpless and powerless. In contrast, examples of people who seized fate in their own hands despite – and sometimes even because of – adverse external circumstances can be valuable sources of encouragement. They represent strength, not helplessness.

Ludwig van Beethoven, who composed his Ninth Symphony when he was already almost completely deaf (and, incidentally, half blind), once wrote to his friend Nikolaus Zmeskall: “Strength is the morality of the man who stands out from the rest, and it is mine.”

Rainer Zitelmann is the author of the books https://therichinpublicopinion.com/ and https://the-power-of-capitalism.com/