Planned Economies Destroy the Environment More Than Any Other System

Rainer Zitelmann
|
Posted: May 29, 2021 12:01 AM
Share   Tweet
The opinions expressed by columnists are their own and do not necessarily represent the views of Townhall.com. 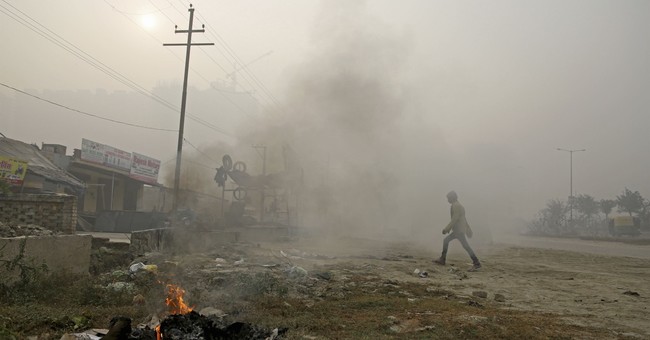 All around the world, people are embracing the view that the free-market system is failing in the face of the challenges associated with climate change and other environmental problems. But are the “excesses of capitalism” really to blame?

One argument against this is the fact that nowhere has environmental destruction been as severe as in the former socialist states. In 1990, Zhores A. Medvedev took stock of the Soviet Union: “The Soviet Union has lost more pasture and agricultural land to radioactive contamination than the total acreage of cultivated land in Switzerland. More land has been flooded by hydroelectric dams than the total area of the Netherlands. More land was lost between 1960 and 1989 through salinization, changes in the water table, and dust and salt storms than the total areas of cultivated land in Ireland and Belgium put together. Amidst acute food shortages, the total acreage of cultivated land has declined by one million hectares a year since 1975. The Soviet Union is losing its forests at the same rate as rainforests are disappearing in Brazil. In Uzbekistan and Moldavia, chemical poisoning with pesticides has led to such high rates of mental retardation that the educational curricula in secondary schools and universities have had to be modified and simplified.” In their 1992 book Ecocide in the USSR, Murray Feshbach and Alfred Friendly Jr. concluded that “no other industrial civilization so systematically and so long poisoned its land, air, and people.”

In his book Enlightenment Now, Steven Pinker has included a chart that tracks carbon intensity, or CO2 emissions per dollar of GDP, from 1820 to 2014. As countries such as the United States and the United Kingdom began to industrialize, they emitted more and more CO2 per dollar of GDP. From the 1950s onward, however, the graph clearly confirms that emissions have been falling and falling. Developments in China and India follow a similar pattern, peaking in the late 1970s and mid-1990s, respectively, before starting to fall back again. Globally, carbon intensity has been declining steadily for more than half a century.

A closer analysis of the graph confirms that China was an extreme outlier in the late 1950s, with carbon intensity rising more dramatically than in any other country and at any other time since 1820. This was entirely due to the greatest socialist experiment in human history, Mao’s so-called “Great Leap Forward.” Not only did this experiment cause the greatest famine in history and kill 45 million people, it was also an ecological disaster. Mao’s ambitious goals for steel production could only be achieved with small-scale backyard smelters operated by villagers up and down the country. Many of these furnaces did not work properly, producing nothing more than low-quality iron ingots, which piled up everywhere, so small and brittle that they were useless for modern rolling mills. In late December 1958, even Mao was forced to admit that 40 percent of the steel was unusable. The steel that could be used had all been produced in conventional steel mills, and the worthless 40 percent came from the small furnaces. At the same time, because of the backyard furnaces, emissions increased massively and economic output declined, which explains China’s position as an absolute outlier in the graph on carbon intensity.

It is not the “unrestrained pursuit of profit” by capitalists, but command economics and socialism that have caused the greatest environmental destruction – not only in the Soviet Union and China, but in all socialist countries.

As German historian Hubertus Knabe, an expert on East German history, notes: “One of the world’s biggest climate killers was in fact a country that had abolished capitalism – the GDR.” With per capita greenhouse gas emissions of up to 21 tons per year in the late 1980s, the country was emitting even more than the U.S. When capitalism finally took hold in East Germany after reunification, CO2 emissions fell rapidly: from 333 million metric tons in 1989 to 164 million metric tons in 1995. Emissions also fell significantly in other former Eastern Bloc states when they embraced capitalism.

Toward the end of its existence, the GDR was emitting more than five times as much sulfur dioxide as West Germany. These emissions had a massive impact, including large-scale forest dieback in the country’s low mountain ranges. Fine particle emissions were also almost five times higher in the communist GDR than they were in the capitalist Federal Republic of Germany. In the south of the country, where the GDR’s heavy industries were largely concentrated, almost every second child suffered from respiratory diseases and nearly one in three had eczema. After the demise of the planned economy, sulfur dioxide and particulate emissions dropped sharply.

The picture is the same when it comes to the pollution of water bodies. Almost half of all major rivers in the GDR were biologically dead in 1989. Seventy percent could no longer be used as sources of drinking water. Nearly half of the GDR’s inhabitants had limited or no access to clean drinking water when they turned on the faucet. This pollution was due to the high input of nitrogen, phosphorus, heavy metals and other contaminants into the country’s water bodies – something else that decreased massively in the wake of German reunification.

Is capitalism to blame?

The historian Hubertus Knabe also observes: “Like many climate activists today, the GDR leadership held the view that the only way to solve environmental problems was to abolish capitalism. In their opinion, the ruthless exploitation of nature was a direct result of corporations’ greed for profit, which needed to be replaced by reason and planning for society as a whole. This, they claimed, was only possible under socialism.”

Is capitalism really the cause of climate change and environmental destruction?

In 2020, researchers from the Heritage Foundation compared countries’ rankings in their own Index of Economic Freedom with those of Yale University’s Environmental Performance Index (EPI) and found that the most economically free countries – i.e. the most capitalist – also had the highest EPI scores, averaging 76.1, while the “Mostly Free” countries averaged 70.2. There is then a significant gap between these and the “Moderately Free” countries, whose environmental performance ranked much lower (59.6 points). The “Mostly Unfree” and “Repressed” countries had by far the worst environmental performance ratings (46.7 and 50.3 points in the EPI, respectively). Clearly, the environment is no different to so many other areas of life: Capitalism is not the problem, it is the solution.

Rainer Zitelmann is the author of the book "The Power of Capitalism."