In France, Nanny-statism is a Bigger Danger Than Fascism

Rachel Marsden
|
Posted: May 03, 2017 12:01 AM
Share   Tweet
The opinions expressed by columnists are their own and do not necessarily represent the views of Townhall.com. 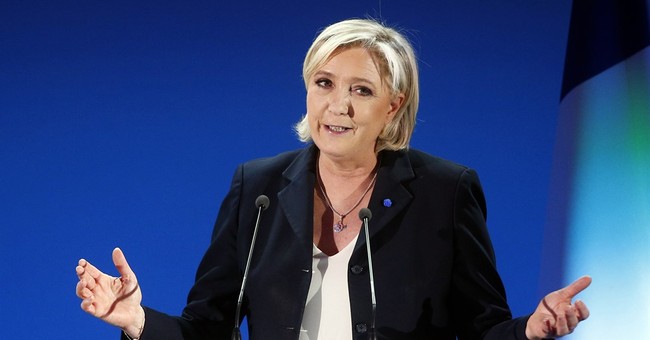 PARIS -- Not a day goes by in the run-up to the second and final round of the French presidential elections this Sunday without a slew of people using the "fascist" label against National Front candidate Marine Le Pen. In fact, I was bluntly asked in an Australian television interview, "Is Marine Le Pen fascist?"

Labels are effective in politics for good reason: They're rhetorical brick walls that shut down debate and negate the need to get down in the weeds and defend ideas with critical thought. If fascism is such a worry, then why hasn't anyone bothered doing something about a government system that permitted fascism to take hold during World War II? France fell into the hands of Nazi Germany in large part because the French were so government-heavy.

If the French are so worried about the possibility of someone with distasteful political leanings being able to seize so much power, why are they so willing to let the state control of every aspect of their lives?

To exist as a form of governance, fascism requires three elements: full state control, the growth of that state, and the inability to question its power. Or, as the founder of fascism, Italian dictator Benito Mussolini, once put it: "Everything in the state, nothing outside the state, nothing against the state."

That sounds a lot like today's European Union, which seeks supranational control over the lives of citizens of its member states and recently bolstered funding for its "anti-propaganda" efforts to counter media and opinions that run contrary to those it favors. French citizens realize that the EU is infringing on their freedoms -- most notably by foisting mass migration on its members -- which is why even pro-European presidential front-runner Emmanuel Macron has suddenly emphasized renegotiating with Europe on behalf of France.

But while the French may be starting to understand the negative impact of the European straitjacket on their lives, they're slower in realizing that their own government is hell-bent on controlling every aspect of their daily existence.

Among the 35 members of the Organization of Economic Cooperation and Development, France has the highest level of government spending as a percentage of GDP, checking in at a bloated 57 percent. France even sits ahead of Greece (55 percent), which has been in the end-phase of its socialist life for the past few years and now relies on a life support of cash bailouts. (By comparison, the U.S. is at 38 percent.)

The "Antifa" anti-fascism protestors who took to the streets of Paris this past weekend -- part of a movement that's also growing in the U.S. -- are the same people who are constantly demanding that government give them more entitlements and less work. These aren't rebels; they're willing participants in a perpetual government charade. These days, real rebels fight for the freedom to be left alone.

The reason why anti-fascists aren't willing to fight for true independence is that they want to cherry-pick the nature of government intervention in their lives. They want the nanny-state to take care of them, but they also want to dictate its red lines. It's like raising a great white shark and then trying to teach it how to swim with you. At this point in the French election cycle, we're at the "this thing had better not chew through its harness" phase of the swimming lesson. No one political party represents as big a problem as the system itself, which facilitates the exploitation of citizens.

What apparently escapes these "Antifa" protestors is that if they're really concerned about fascism, their best allies are free-market capitalists. Socialism and fascism are actually bedfellows: A government cannot consolidate power without a dependent population to legitimize it. Remove the dependence on government, and you remove the threat of a power grab.

While wringing their hands over potential fascism, two out of three French voters favor at least temporary nationalization of distressed businesses. That's fascism by Mussolini's own definition.

If political parties in democracies -- France, America or elsewhere -- wanted to take concrete measures to reduce the risk of fascism, they'd run on a free-market, limited-government platform. And France's National Front, which faces perpetual accusations of fascism, would be wise to regroup ahead of the next election and ditch its penchant for nanny-state socialism in favor of a platform promoting individual and economic freedom from government.