Rachel Marsden
|
Posted: Jan 04, 2017 12:01 AM
Share   Tweet
The opinions expressed by columnists are their own and do not necessarily represent the views of Townhall.com. 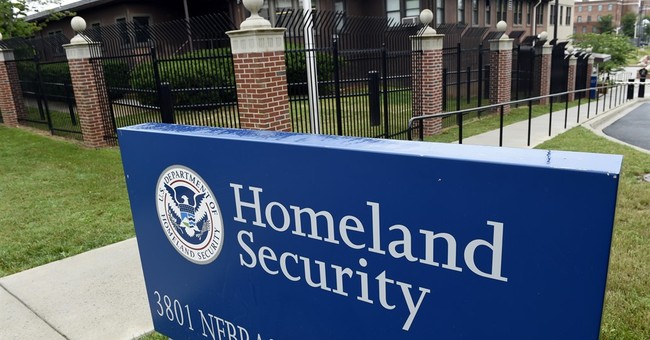 The outgoing Obama administration apparently isn't quite finished politicizing intelligence for the purpose of propaganda.

With his final term coming to an end, U.S. President Barack Obama has signed an executive order to address a "national emergency with respect to significant malicious cyber-enabled activities." The order sanctions Russia's military and foreign intelligence agencies and their senior officials, three Russian technology companies, and two alleged hackers of Russian and Latvian citizenship. The order also calls for the expulsion of 35 Russian diplomats, who were given 72 hours to leave the U.S. The take-home message, dutifully conveyed in the press and now widely accepted as gospel, is that Russia hacked the American election.

Except that White House Homeland Security adviser Lisa Monaco told reporters the Russian diplomats "were not alleged to have been involved in the hacking related to the election," according to CNN.

Nor was there any indication in the FBI wanted posters for each of the alleged civilian hackers -- who stand accused of hacking private U.S. e-commerce entities and bank accounts -- that they had any involvement in election hacking. Even the so-called technical evidence released in a joint FBI and Homeland Security report is a dog's breakfast summary of various malware attributed to Russian entities, but with the glaring disclaimer: "The Department of Homeland Security does not provide any warranties of any kind regarding any information contained within."

The report includes an infographic and the general mechanism of action for malware tools attributed to Russian sources, but those tools are widely available and could be used by virtually any malicious actor. The NSA itself encourages the development of such exploits by paying hackers lucrative "bug bounties" to find ways to break into such programs.

A technical analysis of the report highlighted by WikiLeaks calls the malware sample "old, widely used, and appears to be Ukrainian," with "no apparent relationship with Russian intelligence." WikiLeaks itself, the publisher of the purportedly hacked material, stands by its claim that Russia had nothing to do with the breach. "We have said repeatedly ... over the last two months that our source is not the Russian government and it is not a state party," WikiLeaks publisher Julian Assange told Fox News' Sean Hannity in an interview this week.

"They don't mention how the data got to WikiLeaks," Binney said. "Julian Assange is confined to the embassy, so everything he does is monitored cast iron. This means (that American and British agencies) NSA and GCHQ know Assange's social network and therefore all those involved in WikiLeaks. They too are monitored cast iron. So there is no excuse for NSA/GCHQ not knowing when and who sent the data to WikiLeaks -- that is, if it were the result of a hack. If the data came from an insider, then NSA would not necessarily have any evidence in their collection."

Russian President Vladimir Putin took the high road and didn't respond in kind to the Cold War-style expulsion of Russian intelligence officers operating conventionally under diplomatic cover who, as the White House admitted, had nothing to do with any purported election hacking. President-elect Donald Trump proclaimed Putin's reaction to be "very smart."

Even if any of the alleged election tampering could be reliably attributed to a foreign government, international law probably wouldn't consider it a violation of the principle of nonintervention. Any such intrusion usually must involve the use of coercion, with the precedent being the International Court of Justice's 1986 decision in Nicaragua v. United States, condemning the U.S. for violating the sovereignty of Nicaragua and interfering in the country's affairs by supporting the Contras against the government.

NATO's Tallinn Manual on International Law Applicable to Cyber Warfare considers the spreading of false news in favor of a particular party in an election to be a potential violation of the principle of nonintervention. In other words: anything that results in spreading of lies to citizens. However, in the case of the Democratic National Committee breach, only the truth was spread -- in the DNC members' own words via the publishing of their internal communications.

"The decisive test remains coercion," according to the Tallinn Manual. So are there any Americans who feel that they were strong-armed into voting for Donald Trump over Hillary Clinton? Doubtful. Although there might be a few who are tired of the Obama administration's own attempt at manipulating its citizens on this issue.