Rachel Marsden
|
Posted: Nov 30, 2016 12:01 AM
Share   Tweet
The opinions expressed by columnists are their own and do not necessarily represent the views of Townhall.com. 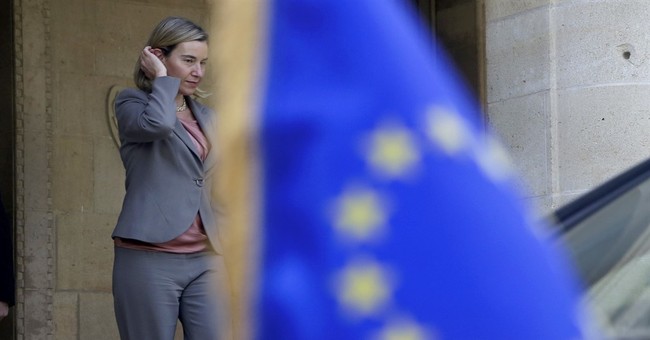 PARIS -- As America heads toward the inauguration of President-elect Donald Trump, and as Britain faces its exit from the European Union in the wake of a popular referendum, the backlash against globalization continues around the world.

You'd think that global elites would be reconsidering their plans after seeing the results of all these popular votes run counter to the globalist worldview. It's hard not to get the feeling that the elites have no Plan B, so they're stubbornly pushing ahead with an agenda that's increasingly at odds with public opinion.

Rather than admit to the popular rejection of their project, they're doubling down on the fear-mongering rhetoric they've been using unsuccessfully. The beating of war drums over Russia's purely hypothetical future annexation of neighboring countries (such as Moldova, for instance) -- a scenario frequently evoked by NATO officials and think tanks -- doesn't seem to faze the citizens who actually live in those countries and have cast ballots supporting Russia over Europe.

The European Parliament passed a non-binding resolution last week in an attempt to counter what some parliament members consider to be Russian propaganda. The resolution calls for the EU to "respond to information warfare by Russia" (and also by terrorist groups such as the Islamic State) by "investing in awareness raising, education, online and local media." Only 304 of 691 parliament members voted for the resolution, with 179 voting against and 208 abstaining.

In a minority opinion, dissenting voters said it's "irresponsible to place a state like Russia at the same level of threat as (the Islamic State)." But, hey, every threat sells better with terrorism. Just ask the U.S. Defense Department, which grafted climate change onto the threat of terrorism in a report published in 2014. And let's just try to forget that the West and its Persian Gulf allies sponsored the Islamic State in the first place. We wouldn't want to blunt the rhetoric promoting the need for big-government protection.

Dissenters also noted that the European Union "does not recognize its own propaganda on EU democracy." The resolution calls for the EU to flood journalists with press releases (as it's already doing) and "provide direct support to independent media outlets, think tanks and NGOs." While implementation details are entirely absent from the report, it sounds an awful lot like the advocacy of government-funded propaganda hiding behind independent journalism and think-tank research, making it hard for consumers to evaluate the source of the information.

The EU resolution smacks of insecurity. The Europe Union doesn't have a communication problem; it has an identity problem. Supranational governance that usurps the sovereignty of member states and constantly intrudes upon citizens is no longer an easy sell. Rather than reform itself, the EU is trying to readjust people's thinking. That's a hard thing to pull off in the information age.

These unusual times have made for strange bedfellows. We free-market conservatives often find ourselves more closely aligned with the views of anti-globalist dissenters such as WikiLeaks and nationalists such as Russian President Vladimir Putin than with the powers that be in the West. Critics argue that the people in this particular basket are simply the useful tools of evil mastermind Putin -- an offensive label to those who are willing to consider viewpoints that run counter to mainstream dogma.

American values and European values have changed. That's why Trump was elected. That's why Brexit passed. That's why the backlash against globalism is in full effect. People are going to the polls to reclaim what has been slipping from their grasp: their cultures, their national identities, their livelihoods. The elites are branding people as radicals for daring to reclaim what has been taken from them and refusing to accept the politically correct policies foisted upon them.

The West has been accelerating toward a "Sovietization" through the corruption of its primary pillars of democracy -- freedom and capitalism -- to the benefit of the elites. The brakes are now being applied, and that train is screeching to a halt. Expect the screeching to get louder still before the train finally derails.