Trump's Victory is an Awakening for Working America

Rachel Marsden
|
Posted: Nov 10, 2016 12:01 AM
Share   Tweet
The opinions expressed by columnists are their own and do not necessarily represent the views of Townhall.com. 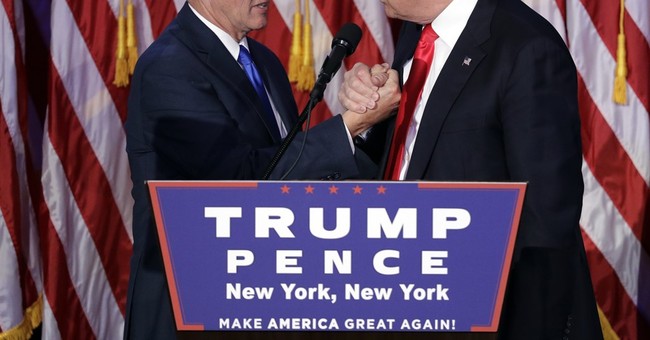 PARIS -- Congratulations, middle-class and working-class America. The rest of the U.S. and the world owe you. You just slammed the brakes on the headlong race toward the cultural and economic devastation of the world's leading superpower by electing anti-establishment Republican Donald Trump over Democrat Hillary Clinton. Not only that, but you may have set in motion a movement that could prove infectious and inspirational for citizens of other nations seeking to free themselves from corrupt establishment leaders.

Long trapped in a straitjacket of economic and cultural decline, U.S. voters seized an opportunity to escape. You have collectively achieved what no other movement has been able to do in decades: reclaim democracy in a system held hostage by special interests and cronyism.

It was like witnessing the Brexit victory all over again. Seemingly against all odds, Britain voted in June to leave the European Union. The establishment elites -- the "climbers" in politics, the media and big business -- are left trying to process the shifting of tectonic plates beneath them. How will they adapt and function in a new world in which Trump owes his place to you and not to them, rather than one in which their power is determined by friends in high places?

Most of the world will be confused in the election's aftermath, as it only gets to see the American political landscape through a very narrow filter. The viewpoint of America's liberal media is typically regurgitated by the foreign press, and both had long been delivering the message that a Clinton was inevitable.

As members of the same establishment bubble as Clinton, the liberal media failed to grasp the intensity of the frustration and anger felt by everyday Americans. You were invisible to them -- a demographic that they could safely ignore in favor of pandering, racist identity politics that sought to divide and manipulate the vulnerable. You sure aren't invisible to them anymore.

Trump's victory can be attributed to one major factor: There is a silent middle-class and working-class majority that had the wherewithal to recognize a once-in-a-lifetime opportunity for true representation, and they seized it with all their might.

The chances of a candidate like Trump coming along again in this generation would have been slim to none. We're talking about a self-made billionaire businessman who insisted on remaining independent, largely shunning the usual political moneymen. President-elect Trump owes them nothing. They didn't significantly fund him or elect him.

With working America's help, Trump has succeeded where Occupy Wall Street failed. Branded as populist movement but also as a smash-the-system anarchist movement, Occupy Wall Street was unable to translate into a viable political vector that could impact the system itself. Trump's victory belongs to Occupy members, too. They wanted to end cronyism along with the military interventions that have come at a great cost with little in return.

Trump won despite a stacked opposition. In September, Bloomberg reported that globalist billionaire financier George Soros, who has a perverse penchant for using his wealth to meddle in the domestic politics of countries around the globe, had given nearly $11.9 million to the Clinton campaign, and that U.S. donors listed on the Bloomberg Billionaires Index had given Clinton $21.1 million (compared with just $1.02 million to the mostly self-funded Trump). A major wrench has now been thrown into Soros' works. The same goes for the terrorism-sponsoring Persian Gulf nations that donated to the Clinton Foundation, tacitly encouraging military interventions that would serve their interests.

The warmongering attitude toward Russia figures to end under Trump, who views that nation as a fellow world power and potential partner worthy of respect, even in an era of intense economic competitiveness. Russia is far more similar to traditional America in terms of values and culture than the allies that previous administrations have tried forcing down America's throat. U.S. politicians in both major political parties have long used Russia as a scapegoat to distract from their own failures.

The challenges have only just begun, however. There's going to be a lot of change-resistant establishment power that will be fighting Trump every step of the way. A renewed Republican majority in both houses of Congress won't make things much easier for the Trump administration. The establishment is entrenched, self-serving and likely to cling to the status quo with all its might.

In the aftermath of the election, Trump critics are calling for compromise. They only know a version of compromise that's synonymous with weakness. Those critics will have the next four years to learn a whole new meaning of the word "compromise," demonstrated by a world-class businessman and negotiator.