Rachel Marsden
|
Posted: Jan 13, 2016 12:00 AM
Share   Tweet
The opinions expressed by columnists are their own and do not necessarily represent the views of Townhall.com. 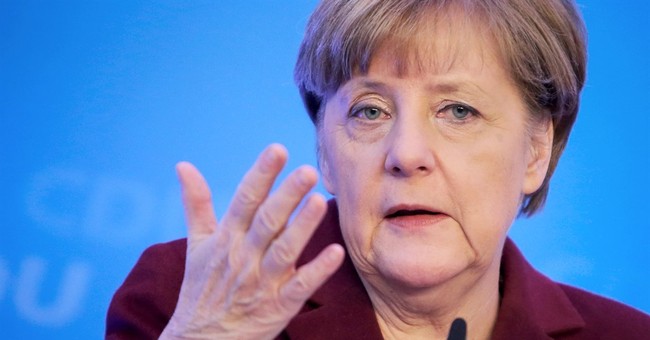 PARIS -- Western Europe's mindless and zombie-like prioritizing of humanitarianism over self-preservation is beginning to have alarming consequences.

More than 500 women filed police complaints after a New Year's Eve celebration in Cologne, Germany, with about 40 percent of the women alleging sexual assault. Of the 32 suspects identified by police, 22 are asylum seekers, mostly North African or Arabic, according to the German Interior Ministry.

More than a million asylum seekers, primarily from the Middle East and North Africa, arrived in Germany last year. For a country small enough that you can drive across it in about six hours, this is tantamount to cultural and demographic revolution.

The argument often heard is, "What are a few million newcomers to a country of more than 80 million people?" Well, there are bound to be problems when some of the newcomers to the henhouse are wolves.

How do you even begin to integrate people who have a different cultural perspective on women? Never mind that integration services teaching the new arrivals basic language skills and civics are completely overwhelmed. It's an immense challenge to change the mindset of a person whose established values are disruptive to society in his new country.

In the wake of the New Year's Eve attacks, the popularity of German Chancellor Angela Merkel's party actually increased by 2 percentage points, according to one poll, and the number of Germans supporting a limit on immigration fell from 72 percent in December to 61 percent.

Meanwhile, Germans who are frustrated with immigration policy and have taken to the streets in protest are being dismissed by police as hooligans, with more than 200 of them arrested during a demonstration in Leipzig. With Merkel, the purported defender of German conservatism, spearheading this cultural disintegration, frustrations are boiling over.

These days, it seems as if anyone who speaks up against mass immigration is automatically dismissed as a racist or nativist, but this is an oversimplification that hinders an open and honest discussion of how immigration should be handled worldwide.

If the United Nations can lecture member states about the need to alleviate global suffering, then it should be able to offer recommendations for doing so in a way that allows people living in developed nations to maintain their cultural coherence.

And yes, there is a solution.

Guess which country took in more than a quarter-million refugees during the first half of 2015, according to the United Nations High Commission on Refugees. No, not the United States. It's Russia, which took in more than 300,000 asylum seekers. Imagine that: The nation often maligned as being unfriendly to migrants actually has been a beacon of humanitarianism.

But when I was in Moscow recently, I didn't feel the same sense of insecurity and demographic fragmentation that I often feel in Paris. Not in the least. It turns out that most of the migrants that Russia took in last year were Ukrainian. With Ukraine similar to Russia with regard to culture and language, the transition for Ukrainian refugees is a relatively seamless one. That clearly isn't the case for Syrian refugees in Germany.

Both refugee and local populations are best off when they mesh. It helps alleviate the burden of integration. Yes, there may still be local, provincial prejudices toward refugees, but that's not exactly uncommon. Heck, there are prejudices between classes of people of the exact same origin. People are tribal by nature and will always cast a suspicious eye towards an outsider. But the pains of integration can be minimized through better matching of refugees with new environments.

The solution is a matchmaking service between migrants and host countries. Instead of world leaders trying to outdo one another by seeing who can accept the most refugees, there should be far more emphasis on ensuring that it's a good fit for everyone involved. Being a humanitarian hero doesn't have to result in the unraveling of a functional society.